Accessibility links
Libyans Bury Gadhafi And Son In Secret Location : The Two-Way Libya's interim leaders don't want the site to become a shrine or to be defaced by those who hate the former dictator. He was captured and killed last Thursday. 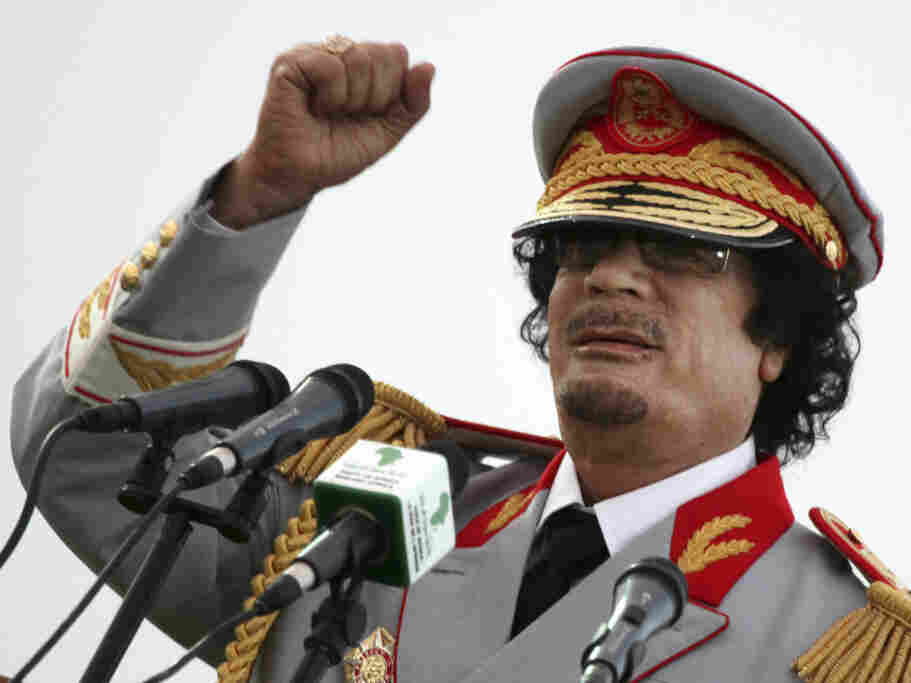 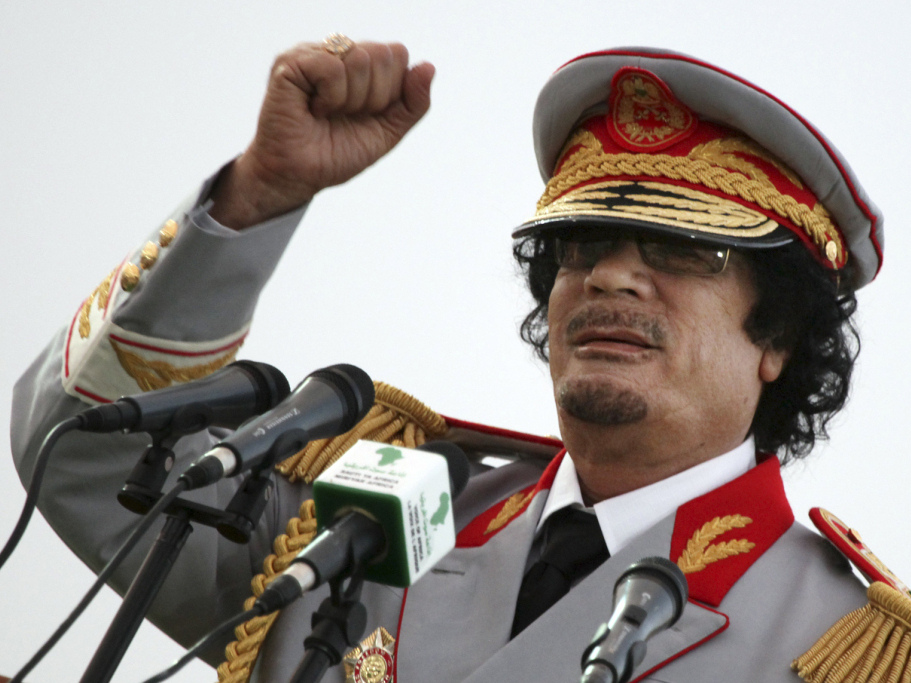 The bodies of former Libyan dictator Moammar Gadhafi and his son Muatassim were buried this morning in a secret location, according to officials of the local military council in Misrata, Libya.

Gadhafi was captured and killed last Thursday in his hometown of Sirte. For most of the last four days, his body had been on display in a Misrata commercial food locker.

As NPR's Lourdes Garcia-Navarro reported from Tripoli for our Newscast desk, the burials came after much debate in Libya over what to do with Gadhafi's remains. "The leadership, though, always maintained his burial site should remain secret because they didn't want it to turn into a shrine or conversely be defaced by those who hated him," she said.

Lourdes also reported that officials said "Islamic prayers were ... read over the remains" and that some of Gadhafi's relatives were in attendance.

According to al-Jazeera, some of Gadhafi's tribe members "were allowed to pray over the body before it was buried, and then [transitional] commanders took his body into the unknown location in the desert and buried it."

As we reported Monday, Libya's interim leaders have said they will investigate the circumstances surrounding Gadhafi's death. Libyan officials have said they believe he was killed in crossfire between his supporters and his captors. A coroner has ruled that a shot to Gadhafi's head was the fatal wound. But videos of the chaotic capture scene indicate he was beaten.