Accessibility links
Calling For President's Ouster, Yemeni Women Burn Their Veils : The Two-Way A few women removed their Niqaqs, or full face veils, saying "they wanted to die uncovered, proof of the shamelessness" of the president's regime. The protests come after another day of deadly government crackdowns against protesters. 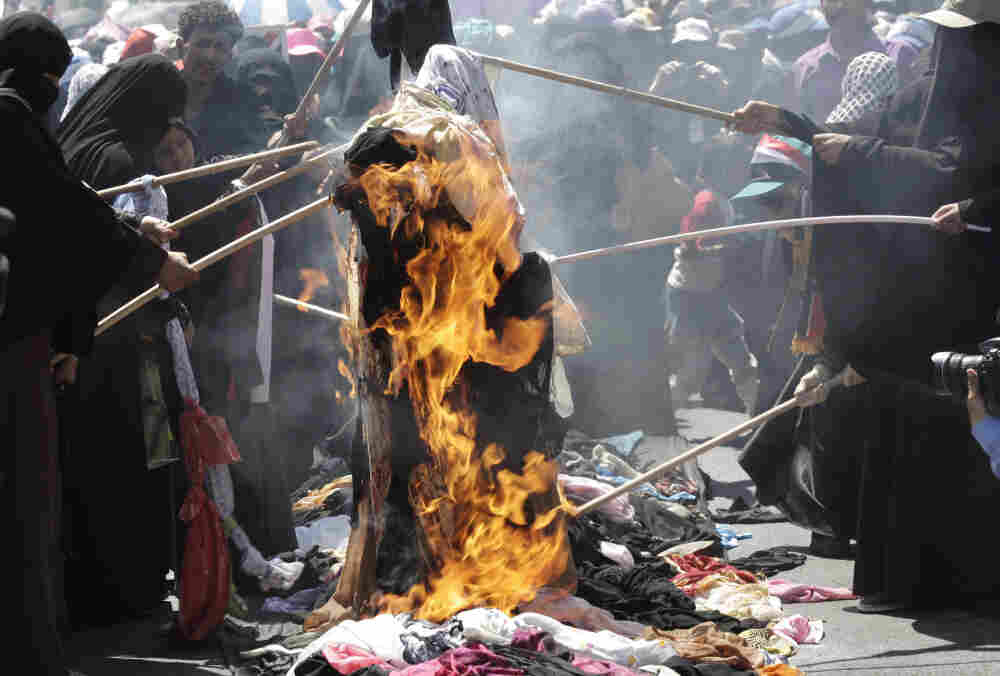 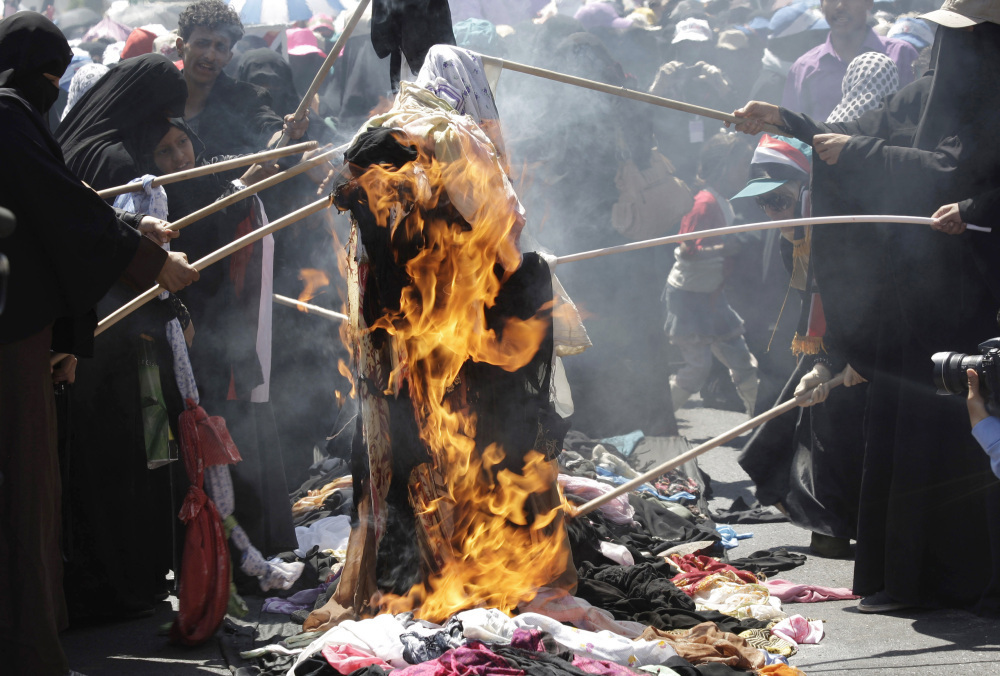 Amid a relentless and bloody crackdown on protesters by Yemen's government, hundreds of women took to the streets today and set fire to veils traditionally worn by them. As the AP reports, this was not a protest about women's rights, instead "the act of women burning their clothing is a symbolic Bedouin tribal gesture signifying an appeal for help to tribesmen, in this case to stop the attacks on the protesters."

In the capital Sanaa, the women spread a black cloth across a main street and threw their full-body veils, known as makrama, onto a pile, sprayed it with oil and set it ablaze. As the flames rose, they chanted: "Who protects Yemeni women from the crimes of the thugs?"

The women in Yemen have taken a key role in the uprising against President Ali Abdullah Saleh's authoritarian rule that erupted in March, inspired by other Arab revolutions. Their role came into the limelight earlier in October, when Yemeni woman activist Tawakkul Karman was awarded the Nobel Peace Prize, along with two Liberian women, for their struggle for women's rights.

The Yemen Post, an online news portal based in Sanaa, describes a dramatic scene in which women sound desperate. A few of them, the Post reports, removed their Niqaqs, or full face veils, saying "they wanted to die uncovered, proof of the shamelessness of Saleh's regime."

But the Yemen Post reports something important. The protests were aimed at President Ali Abdullah Saleh, but they were also protesting against Ali Mohsen al-Ahmar, the general who defected and took the side of the protesters.

... If the women were denouncing the regime and most particularly Saleh for his attacks against them and their children, it was also defected General Mohsen they were criticizing as many felt he had not done enough to protest them.
"Did he send help? No. Did he retaliate? No. We are the mother, daughter and sister of Yemen, men owe us protection; they should lay down their lives to protect us. Shame on whoever lays a hand on a woman or a child" said a virulent activist in her fifties, who despite her defiant stand against the regime preferred to remain anonymous.