Accessibility links
Former 'Jeopardy!' Champ Ken Jennings: 'I Am The 99 Percent' : The Two-Way With some humor, Jennings, who spent six months as Jeopardy! champ, explains his support for Occupy Wall Street.

As the Occupy Wall Street movement got going, a Tumblr blog emerged that strived to tell the story of the so-called 99 percent. The idea was simple: Americans would jot their stories down on a piece of paper and hold it up in front of a camera. The site has collected hundreds of pictures since it launched in early September. Most of them are serious but quite a few of them are funny.

We had to point out the one former Jeopardy! champion Ken Jennings posted to his blog today under the headline "Solidarity": 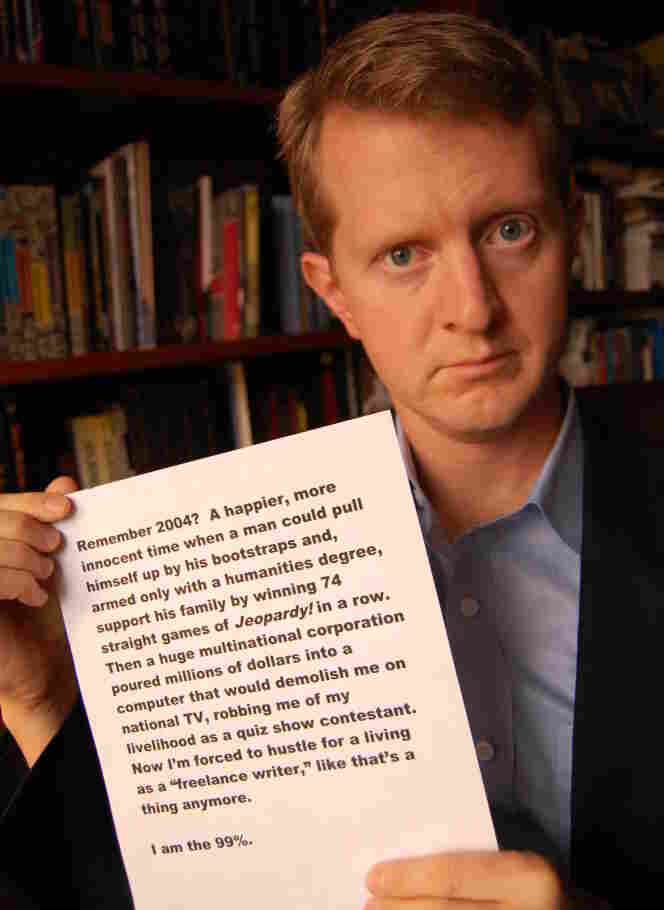 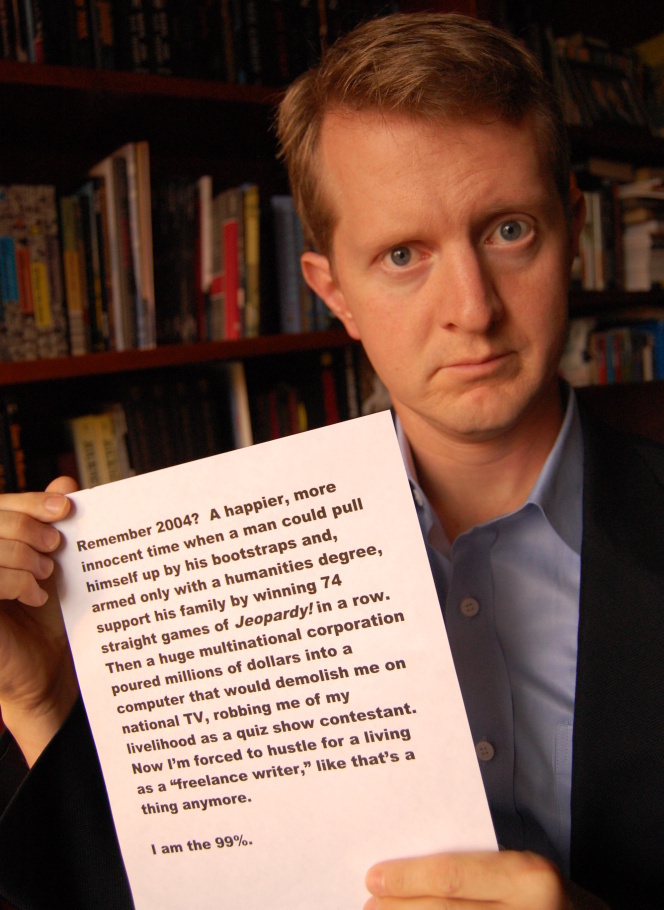 If you don't remember, Jennings is referencing his match against Watson, the super computer made by IBM. Watson beat Jennings, who spent six months as Jeopardy! champ, and Brad Rutter, another very successful contestant.

We also dug through the site and picked out some highlights. In some ways, the narratives are an answer to the question that's been asked over and over these past few weeks: What is this occupy movement about? Here are some of the others: 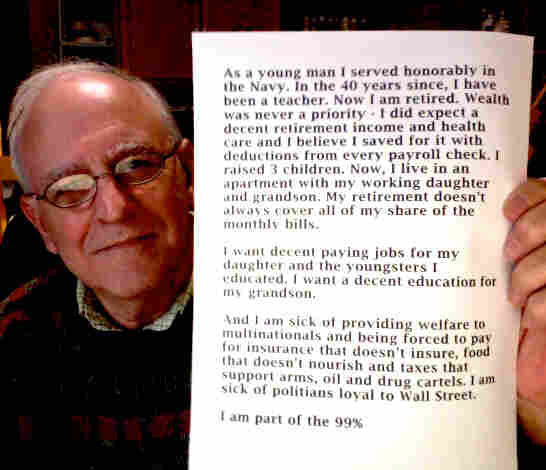 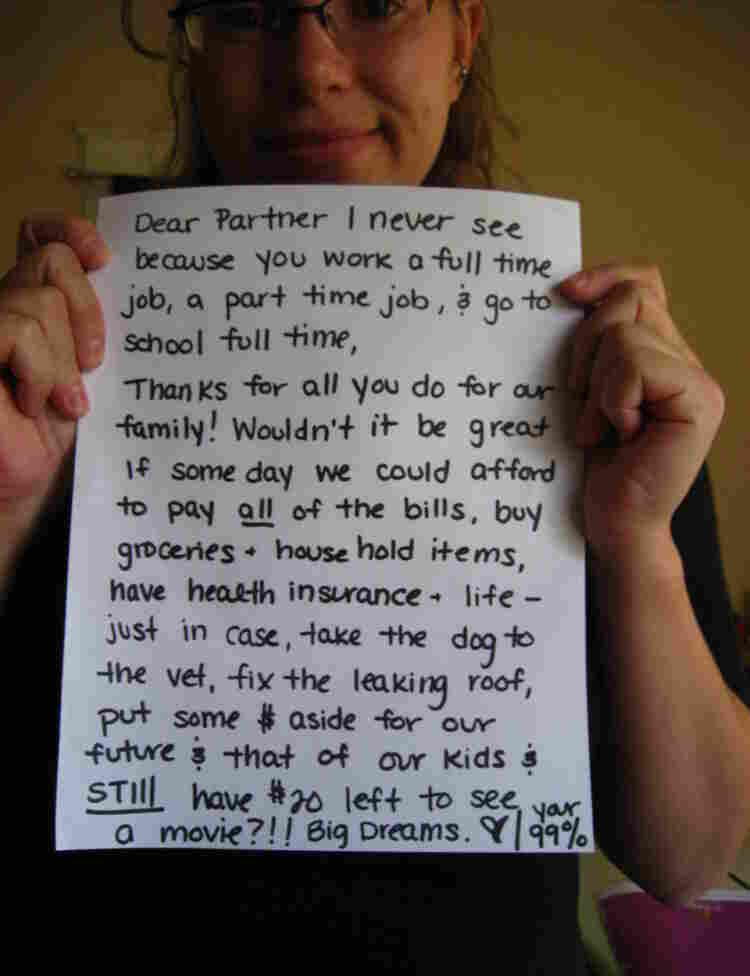 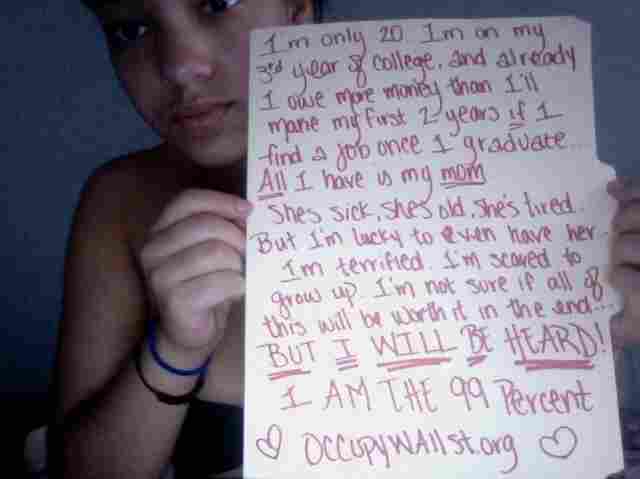 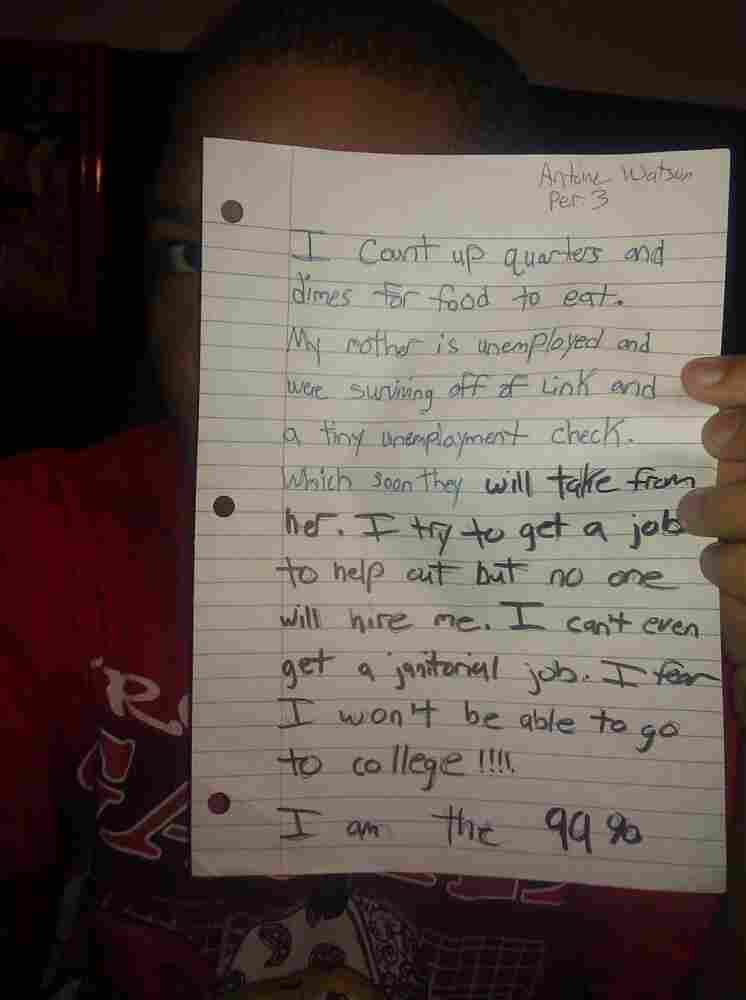 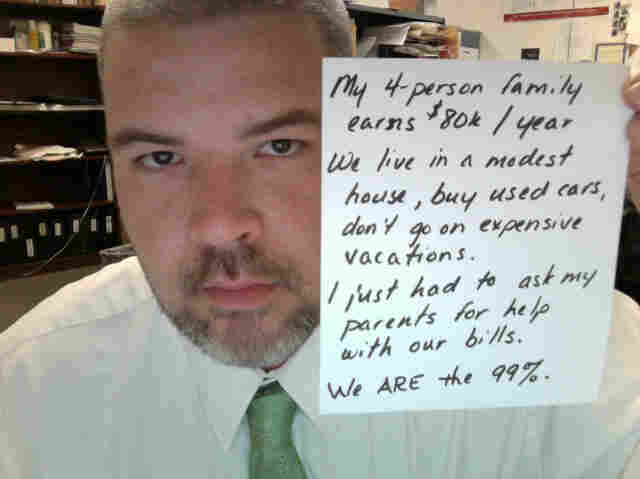