Accessibility links
NASA Makes Final Preparations For Huge Asteroid Flyby : The Two-Way NASA says the asteroid will come within 200,000 miles from Earth and zip by at 30,600 mph. 2005 YU55 will be visible from Earth using a small telescope. 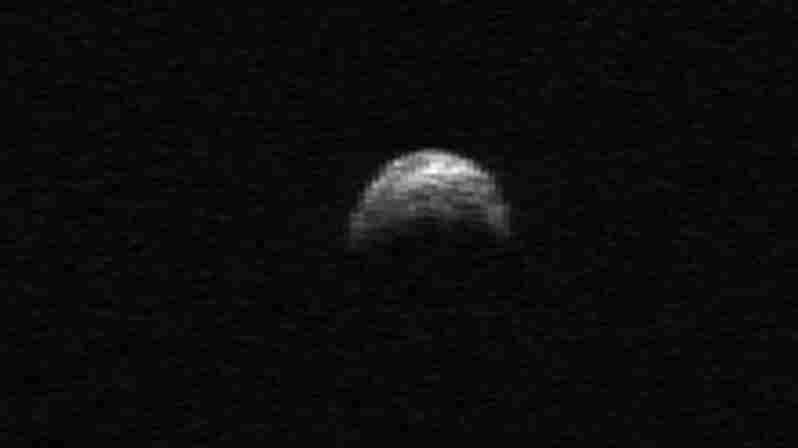 This radar image of asteroid 2005 YU55 was generated from data taken in April of 2010 by the Arecibo Radar Telescope in Puerto Rico. 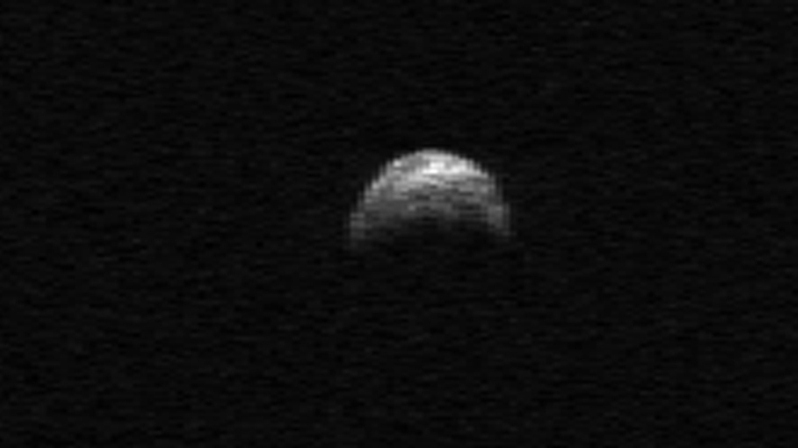 This radar image of asteroid 2005 YU55 was generated from data taken in April of 2010 by the Arecibo Radar Telescope in Puerto Rico.

An asteroid the size of an aircraft carrier will fly by Earth closer than the moon on Nov. 8. NASA announced, yesterday, that it was making final preparations to study the asteroid as it flies by.

The fly-by presents a unique opportunity, because scientists are able to make observations without sending a spacecraft to it.

Tracking of the aircraft carrier-sized asteroid will begin at 9:30 a.m. local time (PDT) on Nov. 4, using the massive 70-meter (230-foot) Deep Space Network antenna, and last for about two hours. The asteroid will continue to be tracked by Goldstone for at least four hours each day from Nov. 6 through Nov. 10. Radar observations from the Arecibo Planetary Radar Facility in Puerto Rico will begin on Nov. 8, the same day the asteroid will make its closest approach to Earth at 3:28 p.m. PST.

First thing is first: NASA's Jet Propulsion Laboratory (JPL) says it understands the trajectory of the asteroid well, and there is no chance that it will impact Earth. With that, here are some cool facts about 2005 YU55 from NASA:

-- It is darker than charcoal.

-- It has a spherical shape.

-- The last time an object this big came this close to us was in 1976 and scientists didn't know about it beforehand.

-- The next known approach of an asteroid this large will be 2028.

-- Its approach should have no detectable gravitational effect on Earth.

-- This asteroid's orbit brings it close to Earth, Venus and Mars, but this is its closest encounter with Earth in at least the last 200 years.

The big question is whether it will be visible to us Earthlings. Space.com spoke to Lance Benner, a research scientist at JPL, about that question:

Benner reported in a background document that asteroid YU55 will move 17 moon widths per hour, or about 0.3 lunar diameters per minute. Motion this rapid will easily be observable in small telescopes with apertures of roughly 15 centimeters and larger.

2005 YU55 will approach Earth from the direction of the sun, so it won't be visible at night until Nov. 8, Benner said. Afterward, it will move directly away from Earth, approximately 180 degrees from its approach trajectory.

And not to be macabre, but we wanted to know what would happen if an object this size crashed into the Earth? USA Today's Science Fair reports it would:

Now on that 6.5 magnitude earthquake, according to Purdue University's impact calculator that earthquake would be felt by all.