Accessibility links
Cain: I Was 'Falsely Accused' Of Harassment : The Two-Way The Republican presidential contender said allegations of inappropriate behavior during his time at the National Restaurant Association in the 1990s are "baseless."

Update: Herman Cain Says He Has 'Never Sexually Harassed Anyone'

Update: Herman Cain Says He Has 'Never Sexually Harassed Anyone' 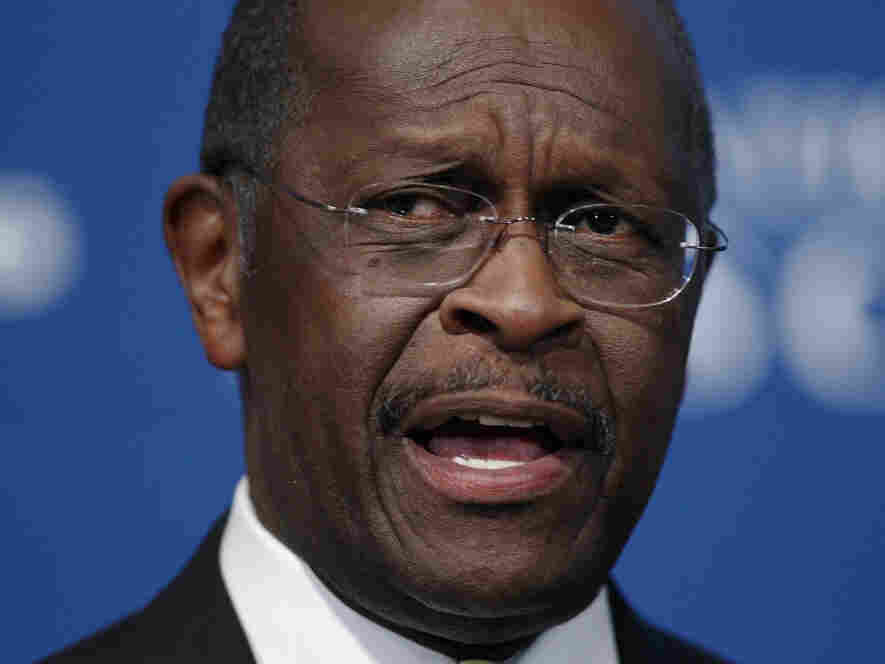 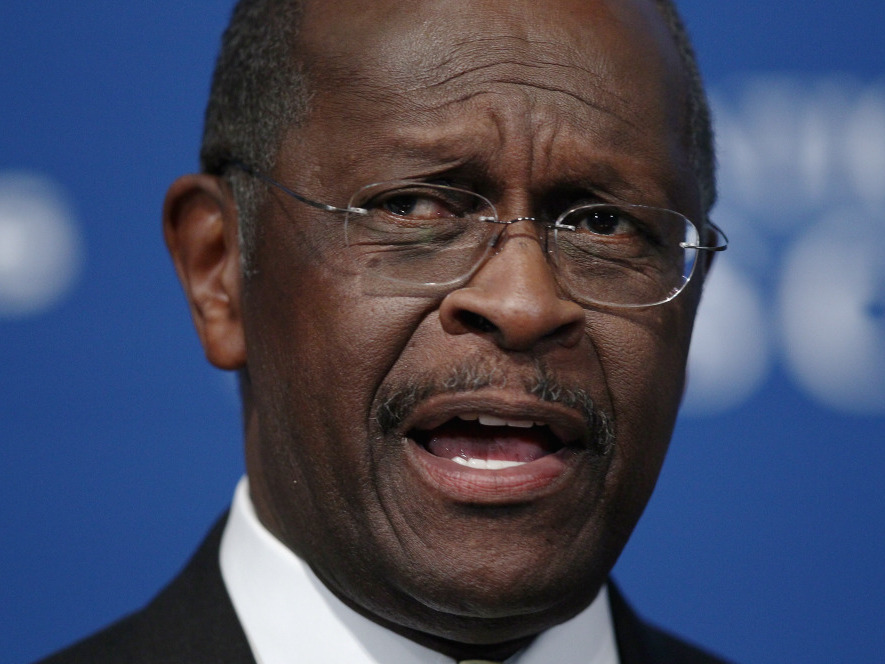 "I have never sexually harassed anyone," Republican presidential contender Herman Cain told Fox News Channel this morning. The former business executive said he was "falsely accused" of harassment "while I was at the National Restaurant Association" in the early 1990s.

Cain, appearing on Fox just after 11:20 a.m. ET, said that if the restaurant association, where he served as CEO from late-1996 to mid-1999, paid any accusers to settle such claims, "I wasn't even aware of it and I hope it wasn't for much."

His comments come after a Politico report about the allegations that has dominated this morning's campaign news.

Meanwhile, as our colleague Frank James reports on It's All Politics, "there's a report that [Cain's] campaign may have received early help from a company run by his campaign aides, a situation which legal experts say could have violated federal election and tax laws."

Cain is speaking and taking questions at the National Press Club in Washington, D.C., starting at 1 p.m. ET. It's being webcast by the club and on C-SPAN.org.

At the Press Club, Cain just added that when the accusations were made, "as the leader of the organization I recused myself and allowed my general counsel and human resources officer to handle the situation. ... It was concluded ... that it had no basis."

And he repeated that if any money was paid to any accusers, "I'm unaware of any sort of settlement. ... I hope it wasn't much because I didn't do anything."

Asked if he knows who might have told Politico about the accusations, Cain said "I have no idea. ... We have no idea the source of this witch hunt."

The most-talked-about campaign story from the weekend is Politico's report that:

"During Herman Cain's tenure as the head of the National Restaurant Association in the 1990s, at least two female employees complained to colleagues and senior association officials about inappropriate behavior by Cain, ultimately leaving their jobs at the trade group, multiple sources confirm."

Sunday morning, Politico reporter Jonathan Martin — who says he had been trying to get a comment from Cain for more than a week — asked the Republican presidential contender about the allegations. Politico writes that:

"In a tense sidewalk encounter Sunday morning outside the Washington bureau of CBS News — where the Republican contender had just completed an interview on Face the Nation — Cain evaded a series of questions about sexual harassment allegations.

"Cain said he has 'had thousands of people working for me' at different businesses over the years and could not comment 'until I see some facts or some concrete evidence.' His campaign staff was given the name of one woman who complained last week, and it was repeated to Cain on Sunday. He responded, 'I am not going to comment on that.' "

Later Sunday, in a statement to The Associated Press, Cain spokesman J.D. Gordon said "inside-the-Beltway media have begun to launch unsubstantiated personal attacks on Cain. Dredging up thinly sourced allegations stemming from Mr. Cain's tenure as the Chief Executive Officer at the National Restaurant Association in the 1990s, political trade press are now casting aspersions on his character and spreading rumors that never stood up to the facts."

The AP adds that "asked if Cain's campaign was denying the report, Gordon said, 'Yes.' " And Gordon later told the wire service that "these are baseless allegations. To my knowledge, this is not an accurate story." 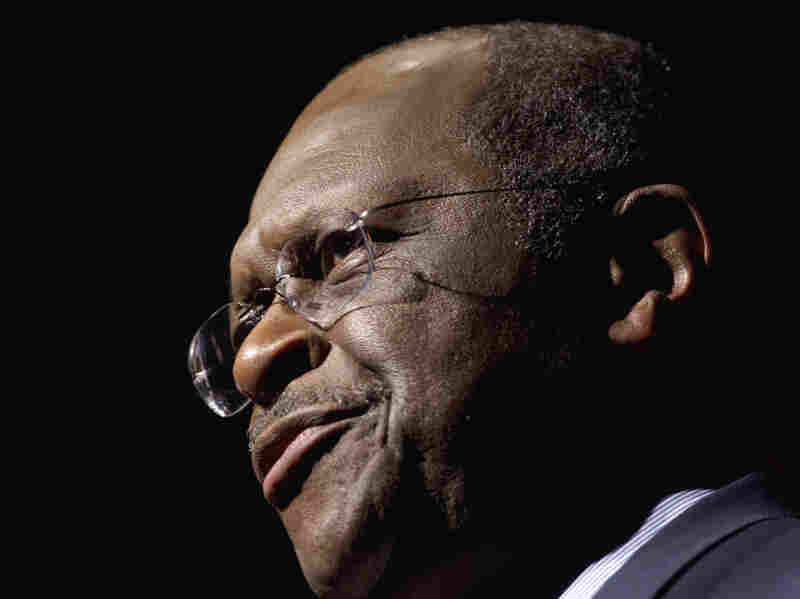 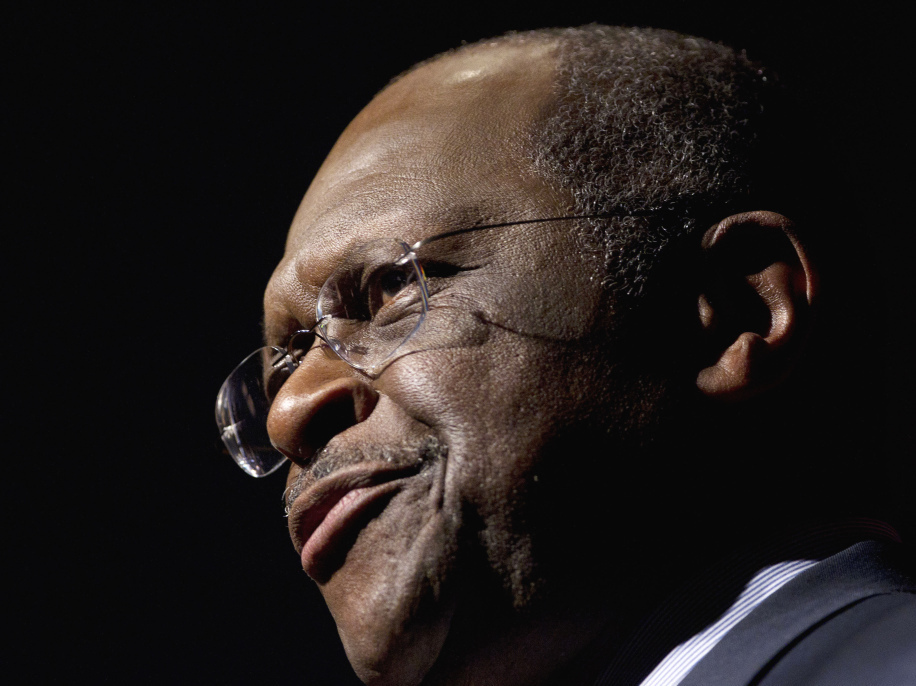 Today on Morning Edition, Martin told host Steve Inskeep that Politico's story is based on documentation it has reviewed and interviews with "dozens of individuals," including current and former employees of the restaurant association and current and former board members of the trade group.

Politico's reporting, according to Martin, indicates the two women felt that Cain had made "verbal and physical gestures" that made them uncomfortable. They accused him of inappropriate "comments ... questions ... some touching" and some physical gestures, Martin said. Each of the women signed "five-figure compensation packages and non-disclosure agreements," according to the reporter. Politico says it has confirmed the accusers' identities, "but, for privacy concerns, is not publishing their names."

Our Newscast desk passes along word that Cain is expected to appear on Fox News Channel at 11:20 a.m ET. We'll update with highlights.

ABC News' Jonathan Karl just tried to ask Cain about the report. But the American Enterprise Institute moderator, and Cain, said he would not respond because the ground rules at the event are that the only subject to be discussed is tax policy.