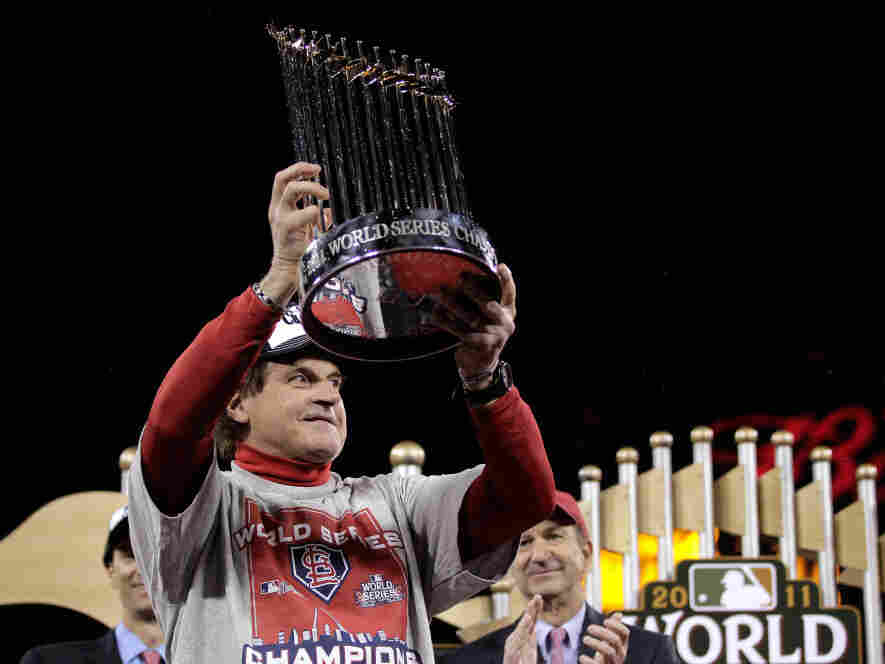 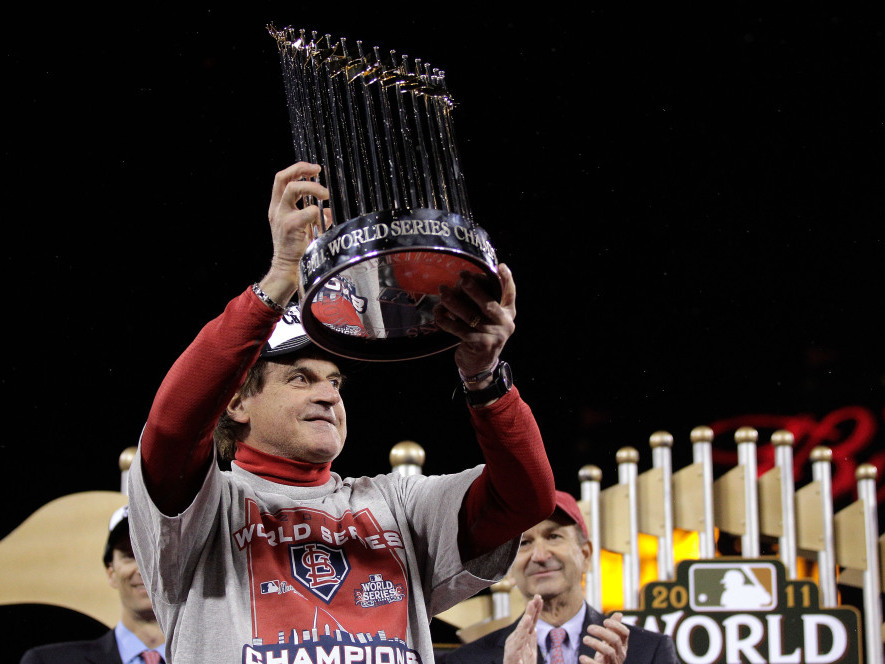 Tony La Russa, who just managed the St. Louis Cardinals to the World Series title, announced this morning that he's retiring after 33 seasons.

"La Russa, 67, most assuredly a future Hall of Famer, ranks third in baseball history in managerial victories with 2,728, behind only Connie Mack (3,731) and John McGraw (2,763). Only Mack has managed in more ballgames. The Cardinals skipper is also the only manager in Major League Baseball history to win multiple pennants in both leagues and the second to win a World Series title in each, as well. La Russa's Oakland A's won the World Series in 1989 [and his Cardinals won it in 2006]. Hall of Famer Sparky Anderson won World Series titles with Cincinnati and Detroit."

La Russa had managed the Cardinals for 16 seasons.

According to the Cardinals, he said in a statement that:

"There isn't one [factor] that dominates [my decision]. They all just come together telling you your time is over. We went through the season and I felt that this just feels like it's time to end it and I think it's going to be great for the Cardinals to refresh what's going on here."

Earlier this year, La Russa took a short leave of absence from the team to have treatment for a form of shingles — an affliction that he continues to battle and requires that he take pain medication.

He told the Post-Dispatch, though, that "even when I wasn't feeling well ... this is a good group of guys who are very professional and they're also good people on a personal level. They've been neat to be around in good times and bad times."

NPR's Mike Pesca was on Talk of Nation this afternoon to talk about La Russa. Mike described La Russa as an "active" manager," who was known as a "tinkerer with the bullpen."

Mike said La Russa popularized the LOOGY, or the "lefty one-out guys," meaning a left-handed pitcher who comes in specifically to get a left-handed batter out.

"This last World Series saw more pitching changes than had ever been seen in a World Series, and they set that record well before there was even a game seven," Mike said. "He was a very active manager, he would always make a decision instead of not making a decision. And sometimes not making a decision is the right thing, so you always noticed Tony La Russa managing, but still, he was much more successful than not."