Accessibility links
Hacker Group Backs Away From Threat To Mexican Cartel : The Two-Way After receiving a threat from the drug gang, some members of the hacktivist collective Anonymous are calling off the campaign to out members of the the Zeta cartel.

Hacker Group Backs Away From Threat To Mexican Cartel

Hacker Group Backs Away From Threat To Mexican Cartel 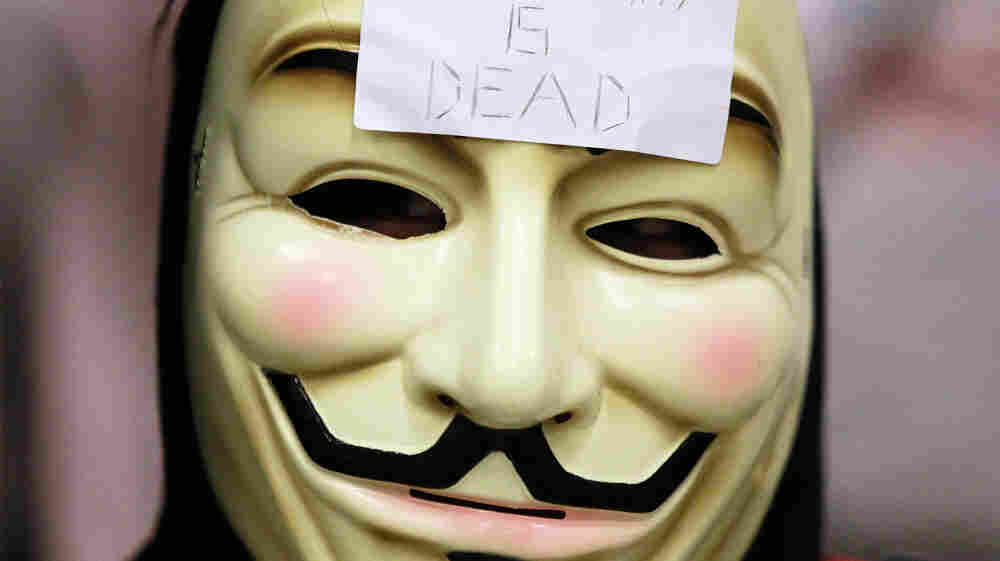 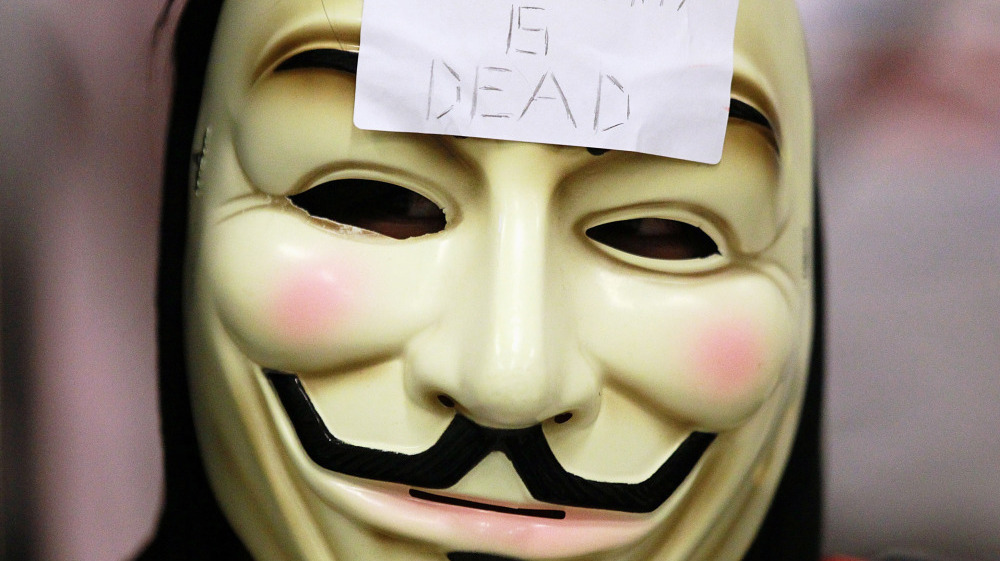 A demonstrator wears a Guy Fawkes mask typically worn by followers of the cyberguerrilla group Anonymous during an Aug. 15 protest inside a Bay Area Rapid Transit station in San Francisco.

The group of hacker activists Anonymous made news last month when it announced an operation that targeted the Zetas, one of Mexico's most dangerous drug cartels. In the past Anonymous has gone after tech firms like Sony and authoritarian governments across North Africa.

Usually, they bring down websites by overwhelming them with requests. On occasion, they'll deface official sites and in on other occasions they will hack databases and release private information.

About a month ago, according to Forbes, a member of Anonymous said he had information on people who worked with the cartel and threatened to out them. But, today, there's been a twist. It seems like the hackers are taking a reported counter-threat from the cartel seriously.

The apparent climbdown by the group came as one security company, Stratfor, claimed that the cartel was hiring its own security experts to track the hackers down – which could have resulted in "abduction, injury and death" for anyone it traced.

Two hacker members of "Operation Cartel", which said earlier this week that it would expose members of the murderous cartel, have now indicated that they are stopping their scheme to identify collaborators and members because they don't want anyone to be killed as a result.

Stratfor had warned on 28 October that there could be disastrous results from the plan: "Loss of life will be a certain consequence if Anonymous releases the identities of individuals cooperating with cartels. The validity of the information Anonymous has threatened to reveal is uncertain, as it might not have been vetted. This could pose an indiscriminate danger to individuals mentioned in whatever Anonymous decides to release."

PC Magazine points out something important: Anonymous is a decentralized group and anyone really can join the group, so the magazine says #OpCartel, as the operation has been dubbed on Twitter, is in disarray but not off:

"This #OpCartel is extremely risky, so we advise new anons to stay out of it. Please join only if you have enough experience," a Twitter user known as @Sm0k34n0n tweeted yesterday. Earlier today, he also tweeted that stopping the #OpCartel movement would mean aligning yourself with the Zetas.