Accessibility links
Cain Allegations: The Latest Developments : The Two-Way One of the candidate's accusers may hear today if she can comment publicly despite a confidentiality clause in the agreement she reached with the National Restaurant Association, which he headed in the late 1990s. 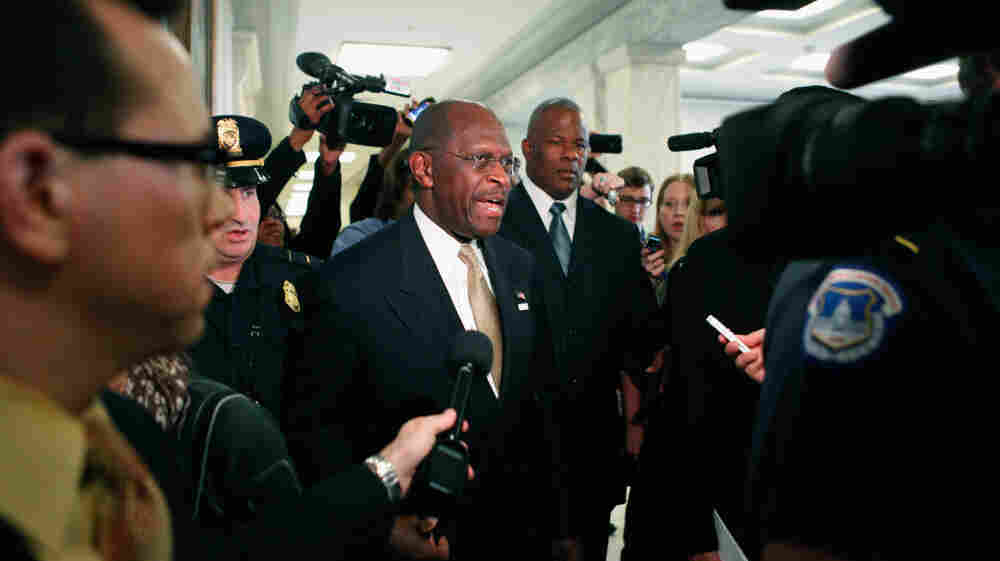 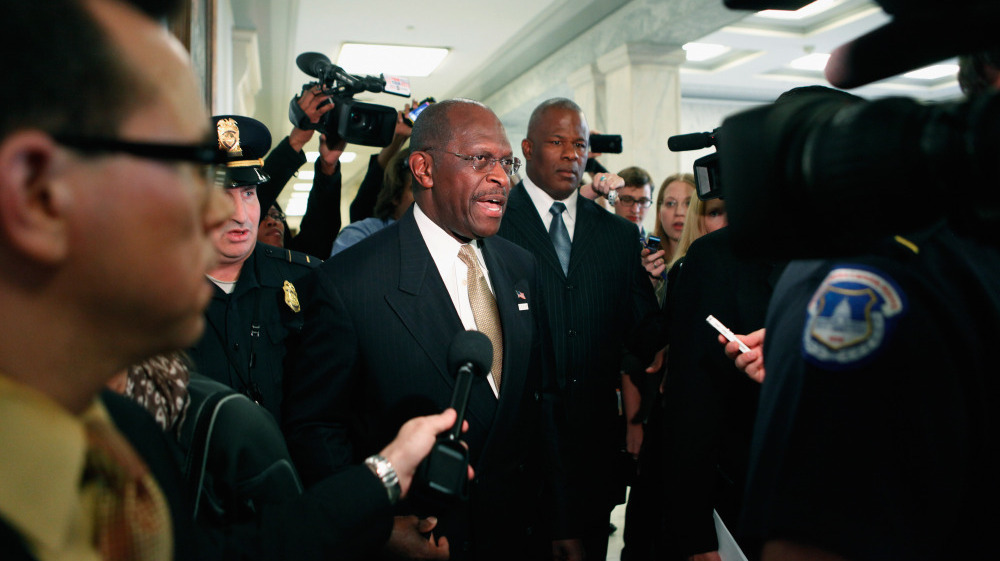 The It's All Politics blog is handling most of NPR.org's coverage of the sexual harassment allegations against Republican presidential candidate Herman Cain — who has said the charges that stem from his time as head of the National Restaurant Association in the late 1990s are baseless.

So we'll just quickly round up the latest developments and give a quick look ahead to what's expected later today:

-- "People who had direct knowledge of the complaints at the time have told NPR that they detail persistent harassment by Cain," NPR's Liz Halloran reports on It's All Politics. "The harassment has been described to NPR as frequent, usually but not exclusively verbal, and involving sexually graphic comments and approaches when the women were alone with him in work situations." (NPR's Tamara Keith also rounded up that and other developments for the Newscast desk.)

-- The lawyer for one of the two women who settled harassment complaints against Cain stemming from their time working at the restaurant association expects to hear today if the association will release her from a confidentiality clause that bars her from commenting, It's All Politics adds.

-- When he headed the association, Cain "spent the organization's money liberally, commissioning new information technology and phone systems and spending nearly double what had been budgeted to renovate an auditorium," colleagues tell The Washington Post. And, according to the Post, his "problems at the restaurant association mirror those that have plagued his campaign. A talented orator, Cain has inspired a level of enthusiasm in conservative voters that his rivals can only envy. But he has struggled to maintain an organized campaign, with staff members in key states quitting out of frustration."

-- According to a new ABC News/Washington Post poll, the harassment allegations don't seem to be hurting Cain's campaign. He "is showing initial resilience in the face of allegations of sexual impropriety," ABC News reports. "More than half of potential Republican voters say the controversy is not serious, fewer than a quarter say it makes them less likely to support Cain, and he's running essentially evenly with Mitt Romney for the Republican presidential nomination."

Update at 2:45 p.m. ET: At the "Defending the American Dream Summit" in Washington, D.C., this afternoon, Cain did not mention the controversy other than to say "I've attracted a little bit of attention" this week.