Accessibility links
Dippin' Dots, 'Ice Cream Of The Future,' Files For Bankruptcy Protection : The Two-Way But its little frozen beads will still be available while it restructures, the company pledges. It hasn't been able to reach agreement with a lender about more than $11 million in debt. 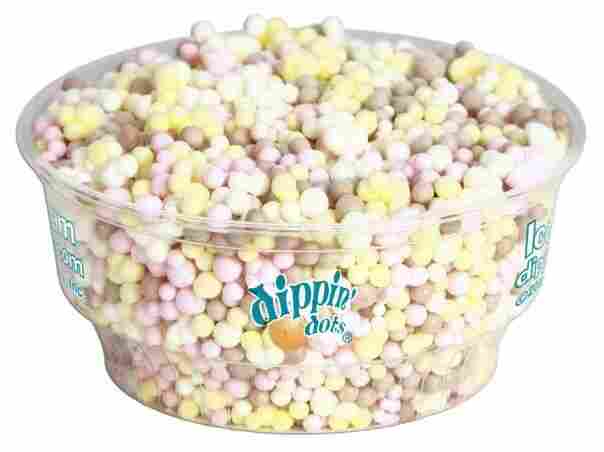 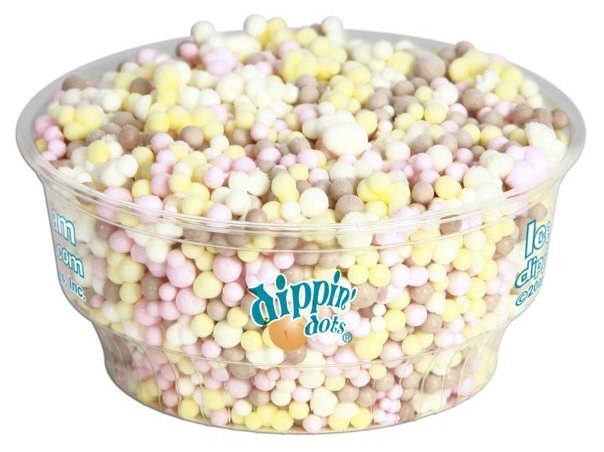 Don't panic if you're a fan of those tiny beads of ice cream. They're still going to be available.

But the cold, hard fact is that Dippin' Dots this week filed for Chapter 11 bankruptcy protection, according to WPSD-TV in Paducah, Ky., where the company that makes the so-called ice cream of the future is headquartered.

The company, WPSD reports, says in a statement that the filing is "the result of a failure to reach an agreement with its secured lender Regions [Bank], following several attempts to do so."

And the statement adds that:

"This action represents the unfortunate conclusion of a 10-plus year productive relationship between Dippin' Dots and Regions. Dippin' Dots, Inc. does not anticipate that this situation will interrupt its ability to deliver supplies or service to any of its valued customers during this period. Under a plan of reorganization, Dippin Dots, Inc. will seek an equitable restructuring of debt that will allow the company to honor obligations to its vendors and other stakeholders."

The Wall Street Journal says the company, which mostly sells its ice cream at stadiums, theme parks and concert halls, has so far this year had revenues of $27.7 million — better than last year's $26.7 million.

But Regions Bank, the Journal writes, has been trying to foreclose on Dippin' Dots for more than a year. TheStreet.com says the company has debt totaling about $11 million.