Accessibility links
'Smokin' Joe' Frazier, Ali's Nemesis, Has Died : The Two-Way Frazier and Muhammad Ali fought three classic bouts in the early '70s. In the first, Frazier won. Ali came back to win the next two.

Boxer Joe Frazier, Who Beat Ali In The 'Fight Of The Century,' Has Died

Boxer Joe Frazier, Who Beat Ali In The 'Fight Of The Century,' Has Died 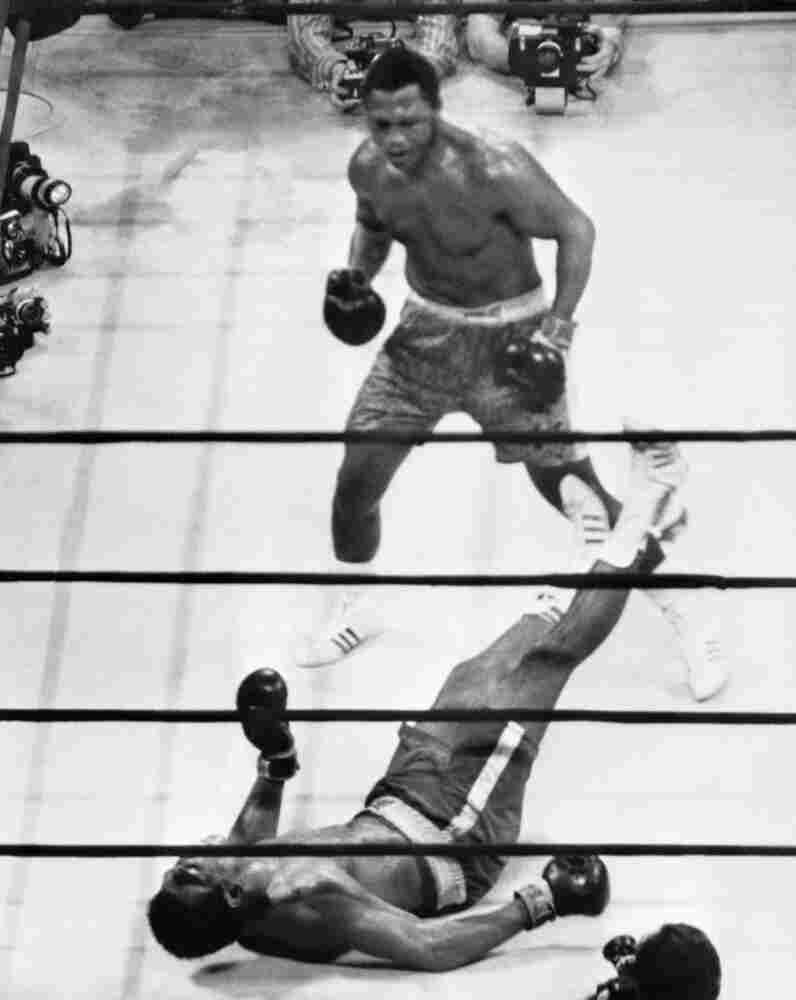 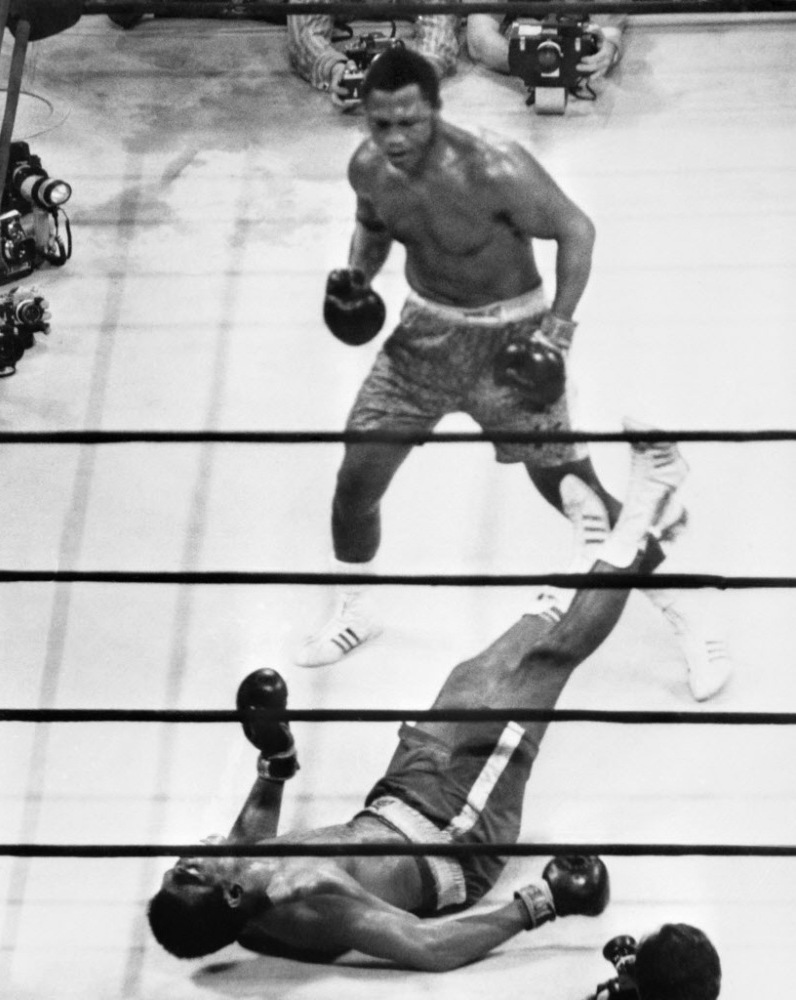 Down goes Ali: In the "Fight of the Century," on March 8, 1971, in Madison Square Garden, heavyweight champion Joe Frazier put Muhammad Ali on the canvas with a hard left hook. Frazier died Monday.

A "sledgehammer left hook" that put Muhammad Ali on the canvas in 1971 pretty much tells the story of Joe Frazier's career, NPR's Tom Goldman says.

"It was as crushing and symbolic" as any of Frazier's punches over his long career, Tom said on Morning Edition. "It put his bitter rival, Muhammad Ali, on his 'float like a butterfly, sting like a bee' keister at Madison Square Garden in what came to be known as the "Fight of the Century."

The punch, which clinched then-heavyweight champion Frazier's victory over Ali in that fight, "started around Joe Frazier's left hip," Tom said. But, he added, "its origins stretch back a couple of decades to segregated South Carolina, where a young boy from a sharecropping family — Frazier was about 8 — fashioned a punching bag out of a burlap sack stuffed with rags and corn cobs and Spanish moss. By Frazier's own estimation, he slugged that thing for the next six or seven years damn near every day."

Frazier, 67, died Monday night. As we reported yesterday, the former heavyweight champ had been in hospice care. Frazier had liver cancer.

Sports Illustrated's Richard Hoffer writes this morning of the "heroic trilogy" — the three fights Ali and Frazier fought from 1971 to 1975. Hoffer says the first battle (that "Fight of the Century") and the third (the "Thrilla in Manila") were:

"Such violent affairs, such protracted examples of desperation, that any seasons lived beyond them have to be considered a kind of boxing gravy. They were not heavyweight title fights so much as near-death experiences, a brutally choreographed and lightly regulated self-destruction, their pride and ambition so inflamed that survival was no longer part of either fighter's plan."

Ali and Frazier were bitter rivals in those days. Today, The Associated Press reports, Ali issued a statement saying that "the world has lot a great champion. My sympathy goes out to his family and loved ones." Ali is 69.