Accessibility links
Iran Working To Build Nuclear Arsenal, U.N. Says : The Two-Way In a highly-anticipated report, the International Atomic Energy Agency makes the case that Iran has moved from a sketching phase to conducting tests in an effort to make nuclear weapons.

U.N. Says Some Of Iran's Work Is 'Specific' To Nuclear Weapons

U.N. Says Some Of Iran's Work Is 'Specific' To Nuclear Weapons 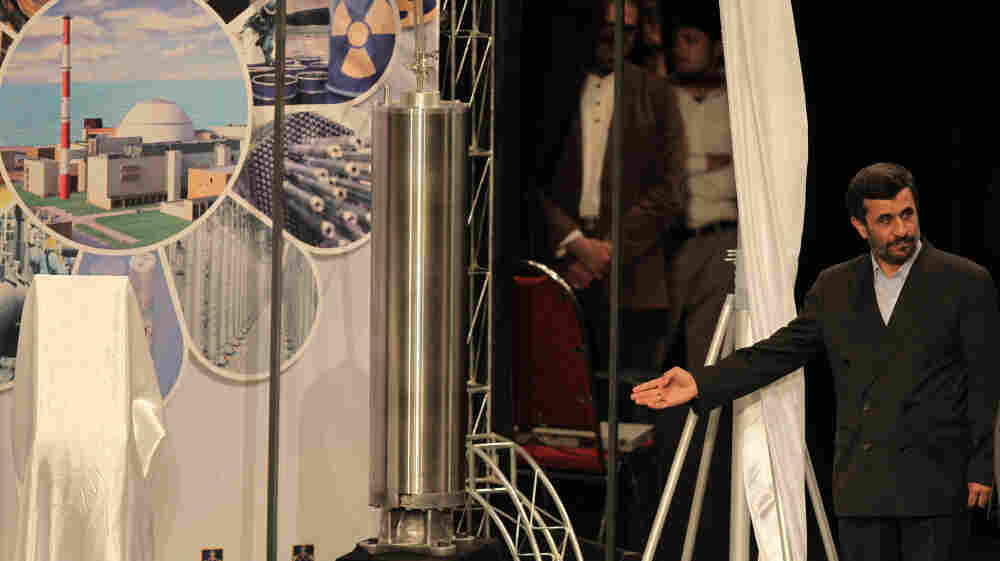 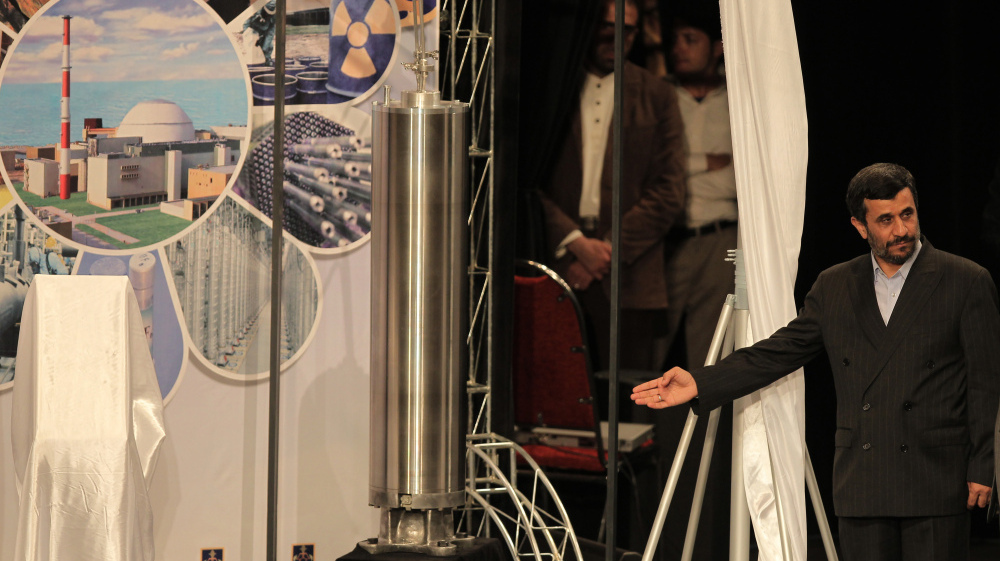 April 2010: Iranian President Mahmoud Ahmadinejad unveils a sample of the third generation centrifuge for uranium enrichment during a ceremony in Tehran on April 9, 2010. Iran says its nuclear ambitions are peaceful.

In a report (pdf) released today, the International Atomic Energy Agency says it has enough "credible" evidence that Iran has worked and may currently be working on producing nuclear weapons.

As Mark reported yesterday, some of the points made in the report were leaked yesterday, but today the long-awaited report based on evidence collected by United Nations weapons inspectors was made public. As The New York Times puts it, it is "the harshest judgment that the International Atomic Energy Agency has ever issued in its decade-long struggle to pierce the secrecy surrounding the Iranian program."

From the report, here is the important part of the summary:

Given the concerns identified above, Iran is requested to engage substantively with the Agency without delay for the purpose of providing clarifications regarding possible military dimensions to Iran's nuclear programme as identified in the Annex to this report.

Later in the report the Agency notes that in one facility, it found activities that have civilian use but "others are specific to nuclear weapons."

The report offered no estimate of how long it would take for Iran to be able to produce a nuclear weapon. But it laid out the case that Iran had moved far beyond the blackboard to create computer models of nuclear explosions in 2008 and 2009 and conducted experiments on nuclear triggers. The report said that starting in 2000, the Iranians constructed a vessel to conduct those tests, which was not shown to inspectors who visited the site five years later.

Those tests "are strong indicators of possible weapon development," it said.

In Washington, the initial response from the Obama administration was muted, reflecting a careful strategy to have the agency's report speak for itself in hopes of building international pressure against Iran.

"We just received this report," said the State Department's spokeswoman, Victoria Nuland. "We're going to study it. We are not prepared to speak about any next steps at this point."

As Mark reported, yesterday, Iranian leaders "including President Mahmoud Ahmadinejad, have maintained the nation only wants to use nuclear technology to generate power and for other peaceful purposes."

"Iran has rejected the International Atomic Energy Agency report about the country's nuclear program for being unbalanced and politically motivated," Press TV reports.