Accessibility links
Paterno: 'I Wish I Had Done More' : The Two-Way The coach's decision to leave at the end of the season comes amid a scandal that has rocked Penn State and college football. A former assistant coach has been arrested for allegedly sexually abusing young boys. In a statement, the 84-year-old Paterno said, "I wish I had done more." 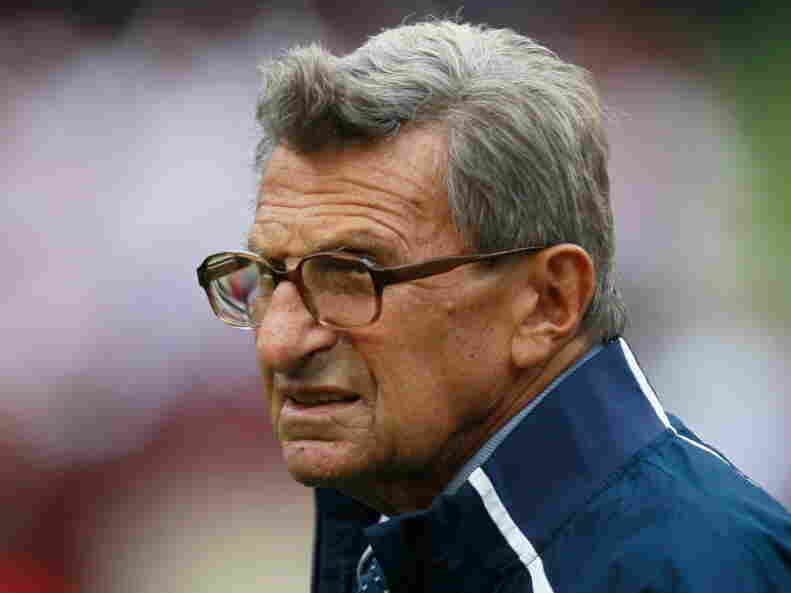 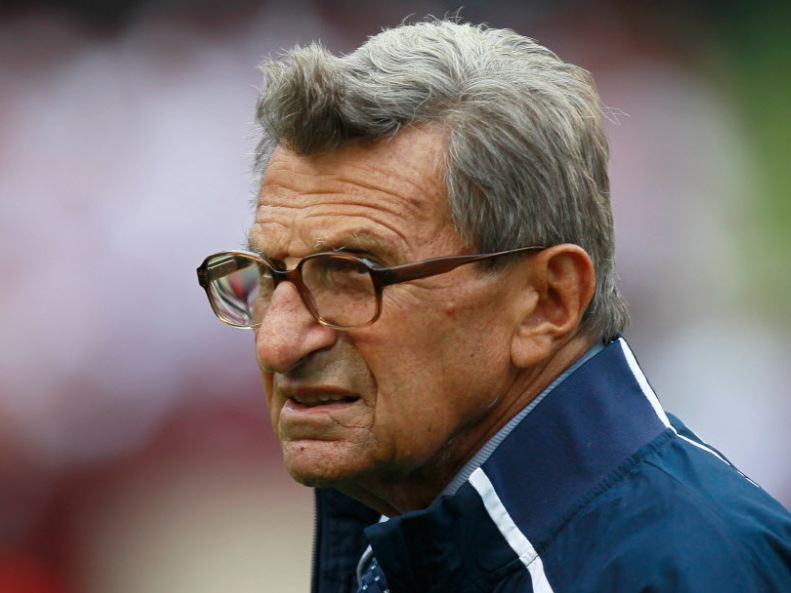 Saying "I wish I had done more" about accusations that one of his former assistants had been sexually abusing young boys for more than a decade, Penn State football coach Joe Paterno just confirmed that he will retire at the end of this season.

The 84-year-old Paterno, who holds the record for most wins by a Division I coach, released this statement moments ago:

"I am absolutely devastated by the developments in this case. I grieve for the children and their families, and I pray for their comfort and relief.

"I have come to work every day for the last 61 years with one clear goal in mind: To serve the best interests of this university and the young men who have been entrusted to my care. I have the same goal today.

"That's why I have decided to announce my retirement effective at the end of this season. At this moment the Board of Trustees should not spend a single minute discussing my status. They have far more important matters to address. I want to make this as easy for them as I possibly can.

"This is a tragedy. It is one of the great sorrows of my life. With the benefit of hindsight, I wish I had done more.

"My goals now are to keep my commitments to my players and staff and finish the season with dignity and determination. And then I will spend the rest of my life doing everything I can to help this University."

Penn State's last home game of the season is this Saturday against Nebraska. The team, ranked No. 12 in the nation, has two more regular season games after that and if it "wins out" could be in the Rose Bowl Game on Jan. 2.

Penn State football coach Joe Paterno will retire at the end of this season, his son Scott has told The Patriot-News of Harrisburg, Pa.

Word of Paterno's decision was first broken a short time ago by The Associated Press, which cited "a person familiar with the decision" and said Paterno will announce the news later today.

The legendary coach's decision comes amid a scandal that has rocked Penn State and college football.

Former assistant coach Jerry Sandusky was arrested over the weekend and charged with 40 counts related to the alleged sexual abuse of young boys over more than a decade. And two university officials were charged with lying to a grand jury about what they knew and failing to report the allegations to police.

Paterno, according to a grand jury report, had been told in 2002 that Sandusky had been seen doing something of a sexual nature with a young boy in Penn State's locker room. The coach told the university's athletic director about the incident, but apparently did not tell police. Paterno has not been charged with any crime.

Now 84, Paterno has been Penn State's head coach since 1966. This season he broke the record for most wins by a Division I coach when he recorded his 409th victory in the team's most recent game, on Oct. 29.