Accessibility links
American Eagle Fined $900K For Long Tarmac Delays : The Two-Way This is the first time the Department of Transportation enforces a rule that limits runway idling to three hours. 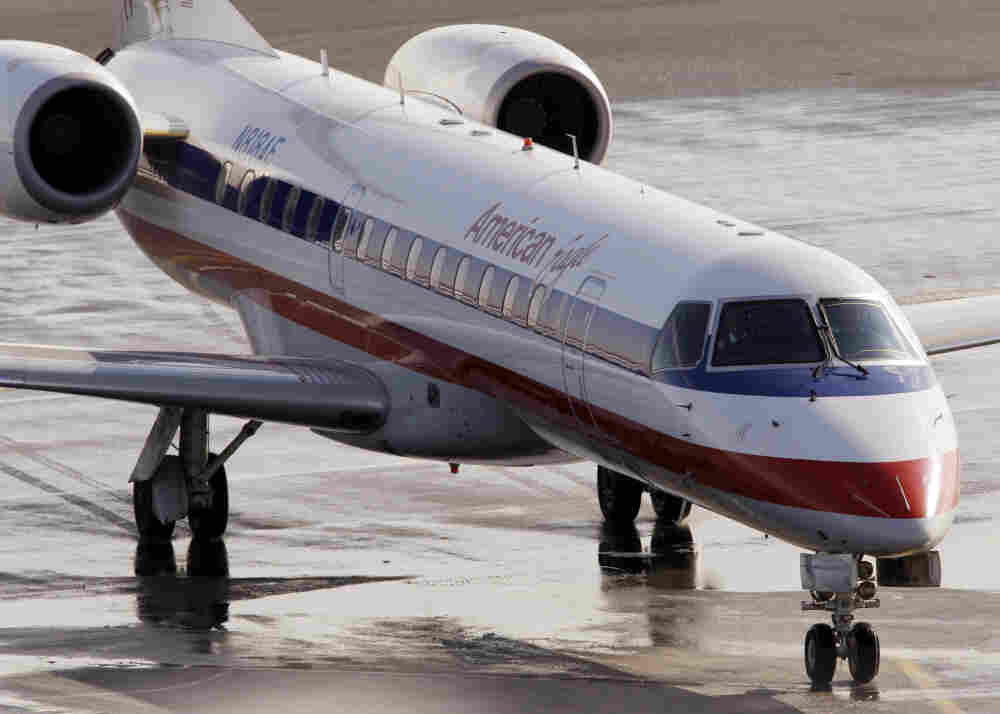 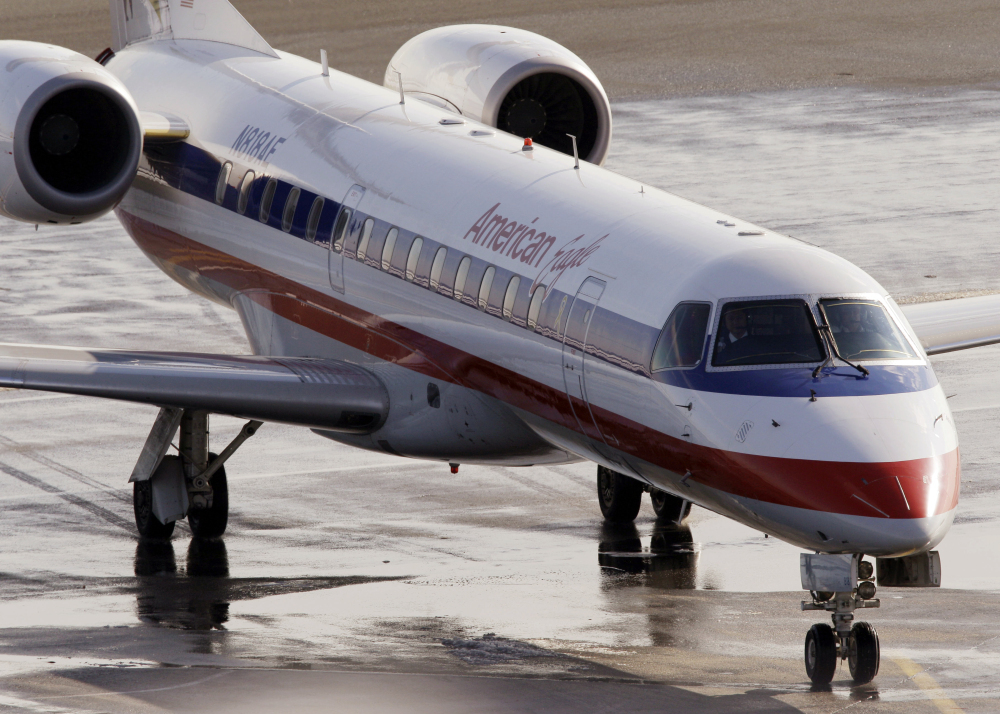 For the first time, the Department of Transportation has fined an airline for keeping passengers cooped up in a plane while it lounges on the tarmac for hours. Today, DOT announced it fined American Eagle, a regional affiliate of American Airlines, $900,000 for 15 planes that sat on a Chicago O'Hare International Airport runway for more than three hours.

The fine is the first since new U.S. rules were established in April, 2010, setting a three-hour limit for tarmac delays on domestic flights. The American Eagle planes were supposedly delayed because of bad weather. "A total of 608 passengers were aboard the affected flights," the agency said. "An investigation by DOT's Aviation Enforcement Office concluded that while the airline had a procedure in place to bring passengers subject to a tarmac delay back to the gate, the carrier was late in implementing its procedure, resulting in violations of the rule."

The AP reports the fine is no doubt timed to coincide with the rush of holiday travel and to send airlines a "clear warning" that delays of the kind will not be tolerated. The AP has reactions from the government and the airline:

"We put the tarmac rule in place to protect passengers, and we take any violation very seriously," Transportation Secretary Ray LaHood said in a statement. "We will work to ensure that airlines and airports coordinate their resources and plans to avoid keeping passengers delayed on the tarmac."

American Eagle blamed the delays on airport congestion caused by a slow-moving weather system. The airline said it has apologized to passengers and provided either travel vouchers or frequent flyer program mileage credit.

"We take our responsibility to comply with all of the department's requirements very seriously and have already put in place processes to avoid such an occurrence in the future," American Eagle President and CEO Dan Garton said in a statement.