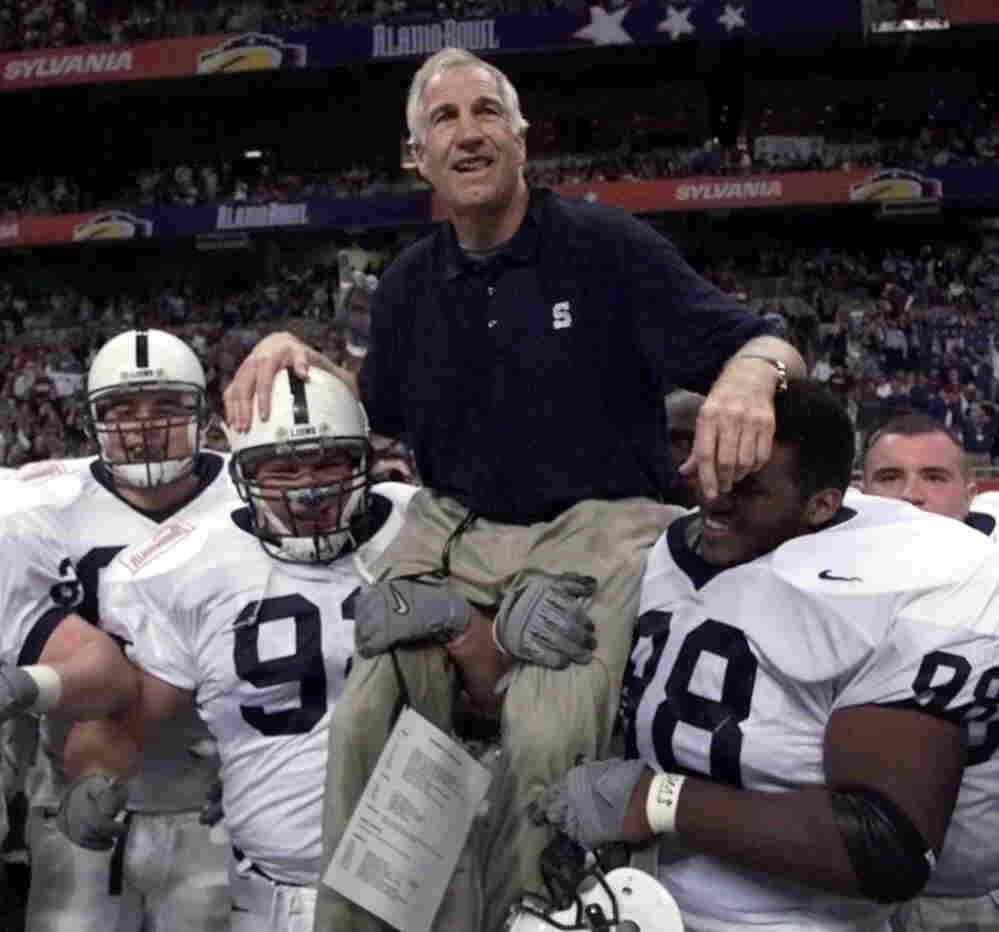 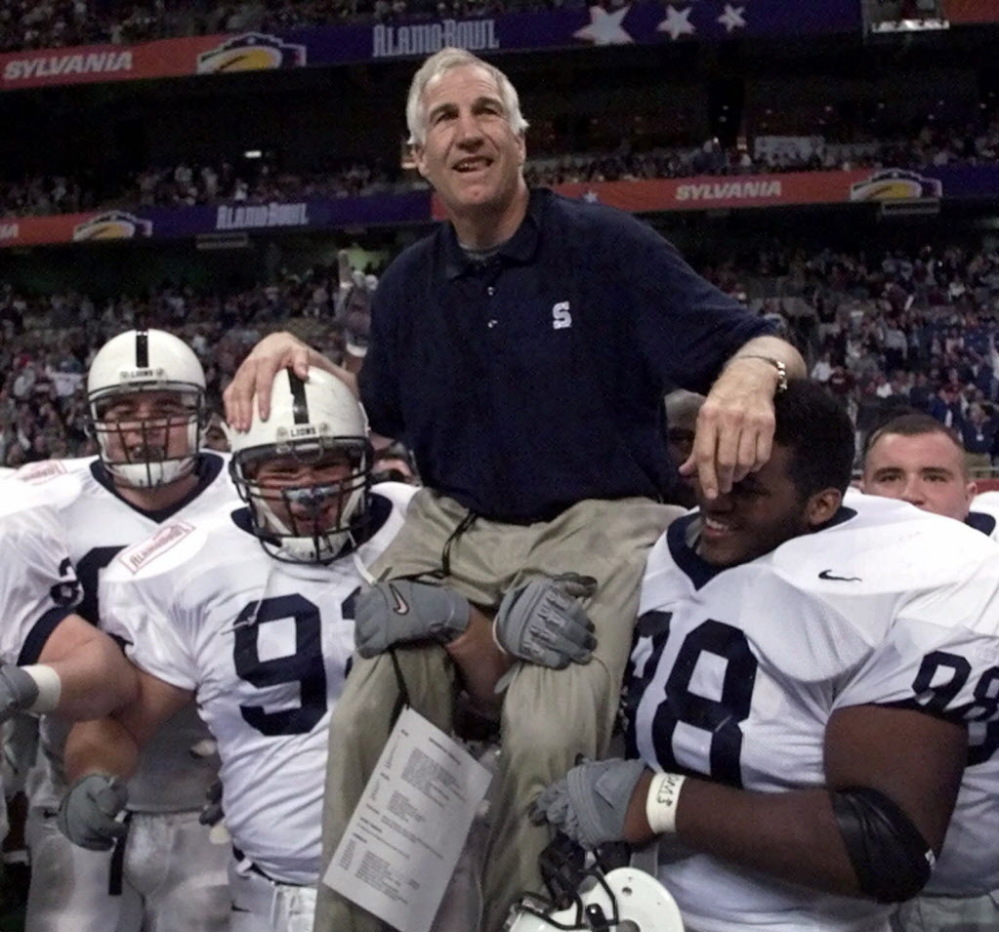 Dec. 28, 1999: Then-Penn State defensive coordinator Jerry Sandusky being carried off the field by players after the Alamo Bowl. Sandusky retired after the game.

Sandusky, the former Penn State assistant football coach who's accused of sexually abusing at least eight boys over more than a decade in a scandal that has engulfed the university, said on NBC-TV Monday night that he is "innocent of those charges." He only admitted to engaging in "horse play" while showering with boys who were part of the Second Mile charity program for at-risk youths that he founded.

"Hearing his voice and his words proclaiming no wrong ... was a trigger for some who say they were abused by the former Penn State defensive coordinator," the lawyers tell the Patriot-News.

Earlier this week, The New York Times reported "close to 10 additional suspected victims have come forward" since Sandusky was charged on Nov. 5.

-- The Times reports today that "Ben Andreozzi, a Pennsylvania lawyer representing one of eight boys alleged to be victims in the Penn State sexual child abuse case, called Jerry Sandusky a 'coward' on Wednesday and said that Sandusky's recent comments on television had emboldened his client to pursue sexual assault charges against Sandusky."

-- As NPR's Tom Goldman tells our Newscast desk, the "State College police chief and the university's police department say there are no records" of then-graduate assistant Mike McQueary reporting to them that he allegedly saw Sandusky sodomizing a young boy in 2002. In an email to a friend, according to the Patriot-News and other news outlets in Pennsylvania, McQueary says "I did have discussions with police and with the official at the university in charge of police." McQueary also says in the email that made sure the alleged attack "was stopped" — a claim that isn't backed up by the grand jury report regarding the charges against Sandusky.

And legendary head football coach Joe Paterno was fired last week because of evidence in the grand jury report that after McQueary reported to him about the 2002 incident, Paterno informed only the school's athletic director — and not police — about what Sandusky allegedly did.