Accessibility links
Occupy Launches Day Of Action On Wall Street : The Two-Way As Wall Street employees make their way to work, the conflict at the center of the protest is on full display.

'A Responsibility To Represent The People:' Occupy Protest In Full Swing

'A Responsibility To Represent The People:' Occupy Protest In Full Swing 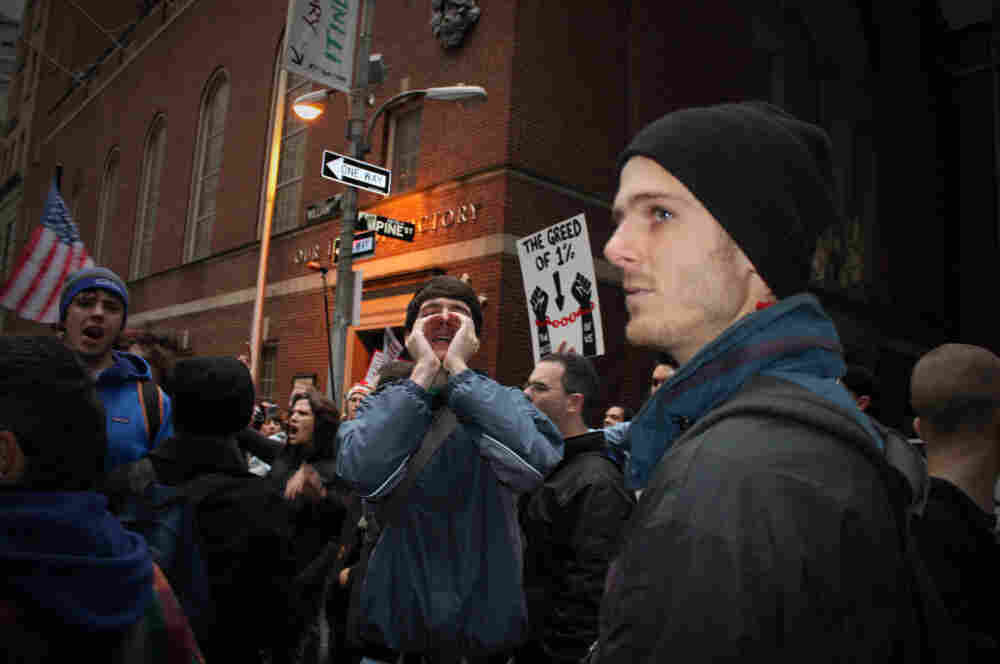 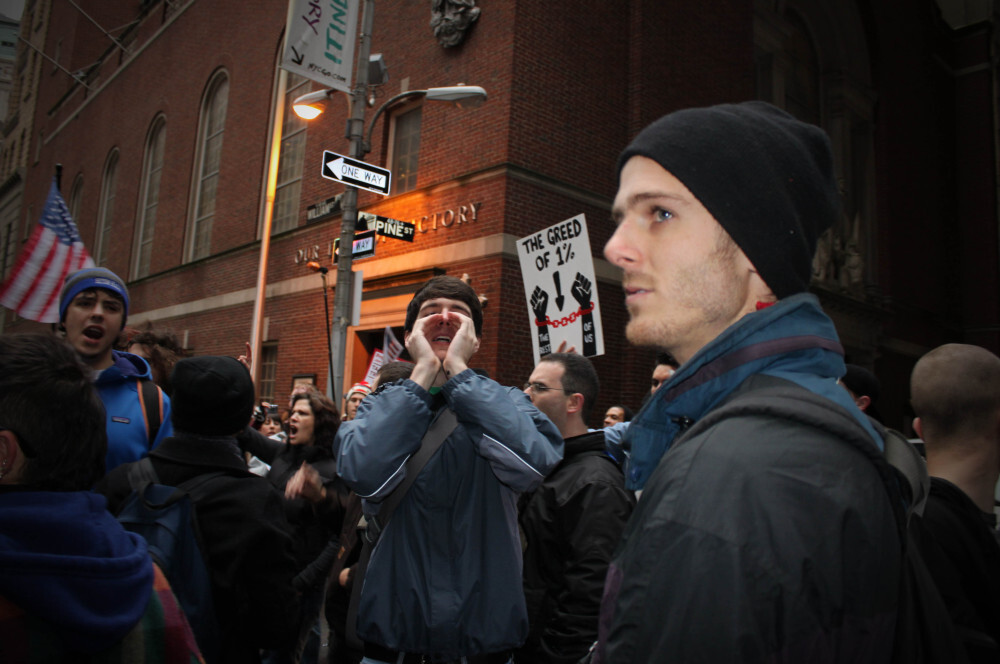 You could say that the real point of this march began in the past half-hour or so, as Wall Street employees try to navigate choked streets to get to work.

But little by little, the flow of workers is growing and it hasn't been easy for them to get where they are going. Some seemed exasperated by the protests, while others took pictures of it on their cell phones. 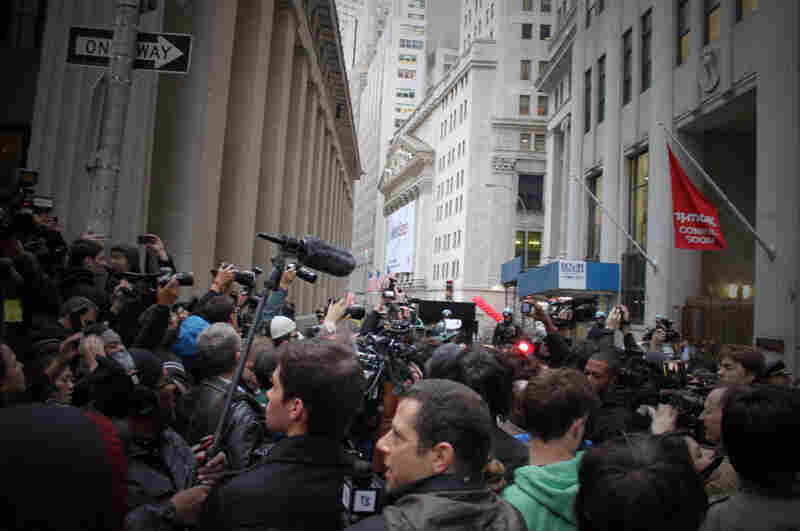 The protesters got close enough to the Stock Exchange that they could see its facade. Eyder Peralta/NPR hide caption 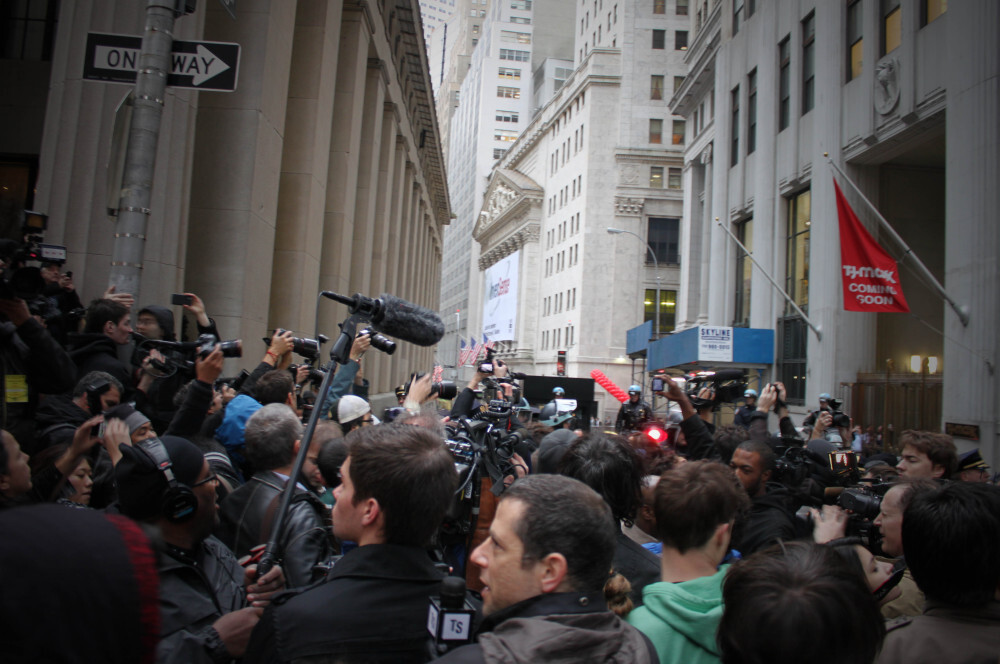 The protesters got close enough to the Stock Exchange that they could see its facade.

One man in a dark suit and tie said, "This is disgusting and horrible and I'm a busy person trying to get to work."

Lily Paulina, a 29-year-old union organizer, who was marching with a sign that said "I [heart] class war," said this is the point exactly.

"The working class has been affected by what happens in this neighborhood," she said.

"Clogging up the arteries, slowing people down in their place of work, is our way of showing them we are affected by what goes on here," said Paulina.

Ivanya Alpert was standing toward the back of the crowd with her 11-year-old son. She was holding a sign that said she was a suburban mom supporting the Occupy movement. Her reasons are simple: She's seen government programs cut. She said her nearby pool was closed and the bus that her son takes to school takes an hour and they have to sit three to a seat.

"The government has a responsibility to represent the people," she said. If it can give a tax break to a big corporation, it can re-juggle its priorities and focus on schools, she said.

To make that point, Pete Tridish, 41, dressed as cookie monster and held a sign that said "One percent of the monsters eat 99 percent of the cookies."

"It's a great metaphor," he said. "There are no checks and balances." Wall Street has been deregulated and has been "allowed to do what they want."