Accessibility links
Baseball's Houston Astros To Switch Leagues In 2013 : The Two-Way The team will move from the National League to the American. Also, Major League Baseball is adding one "wild card" team to each league's playoffs. 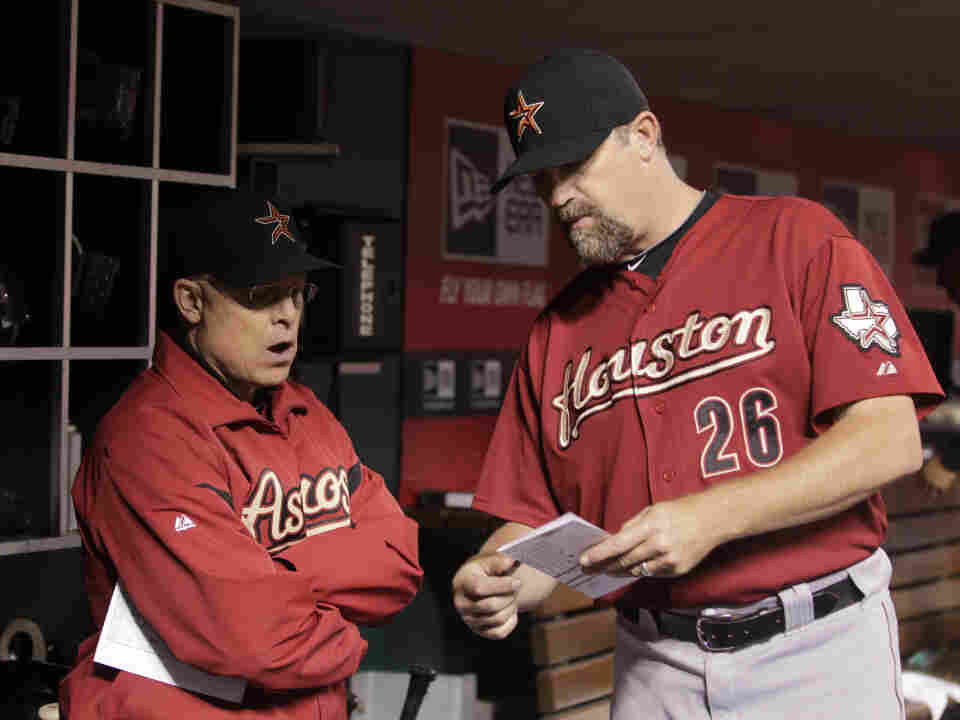 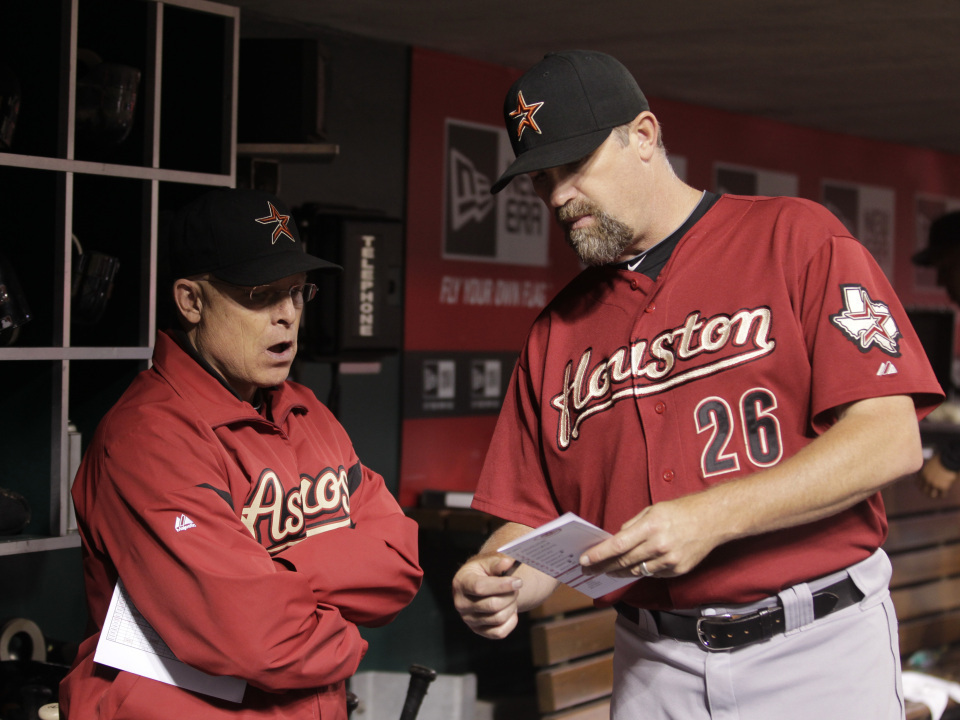 The Houston Astros will be moving from Major League Baseball's National League to the American League "as soon as the 2013 season," MLB announced this afternoon.

And, two "wild card" teams are going to be added to baseball's playoffs, possibly as soon as next season. The league said "specifics are being worked out" on how that will be done. USA Today's Daily Pitch blog reports that Commissioner Bud Selig said an owners committee favors one-game playoffs, involving wild card teams, in each league.

There are three divisions in each league. Now, each division's winner automatically qualifies for the playoffs, and one wild card from each league — the team with the best record that didn't win a division — also gets in. Presumably, under the plan Selig discussed, the two best non-division winners in each league would have a "play-in" game to see who goes on. So the number of teams involved in post-season play would rise from four in each league to five. If the system had been in effect this year, the American League's Tampa Bay Rays and the National League's Atlanta Braves would have been part of the playoffs.

The move of the Astros is part of a deal involving a group lead by businessman Jim Crane's to purchase the team. The group had agreed to buy the team for $680 million, but was given a $70 million price cut in exchange for agreeing to switch leagues because of the move's potential negative effect on the Astros TV ratings.

When the Astros change divisions, the team will switch from the National League's Central to the American League's West. That will put Texas' two teams — the Texas Rangers is the other — in the same division. The move will also mean that both leagues will have three divisions with five teams in each. Under the current lineup, the National League's Central division (Houston's current home) has six teams and the AL West has four.