Accessibility links
Death Toll Rising In Cairo After Crackdown In Tahrir Square : The Two-Way A morgue official tells The Associated Press that more than 20 people have been killed. The protests against military rule and authorities' crackdown have raised questions about whether elections will be held on time. Officials vow they will.

Death Toll Rising In Cairo After Crackdown In Tahrir Square

Death Toll Rising In Cairo After Crackdown In Tahrir Square 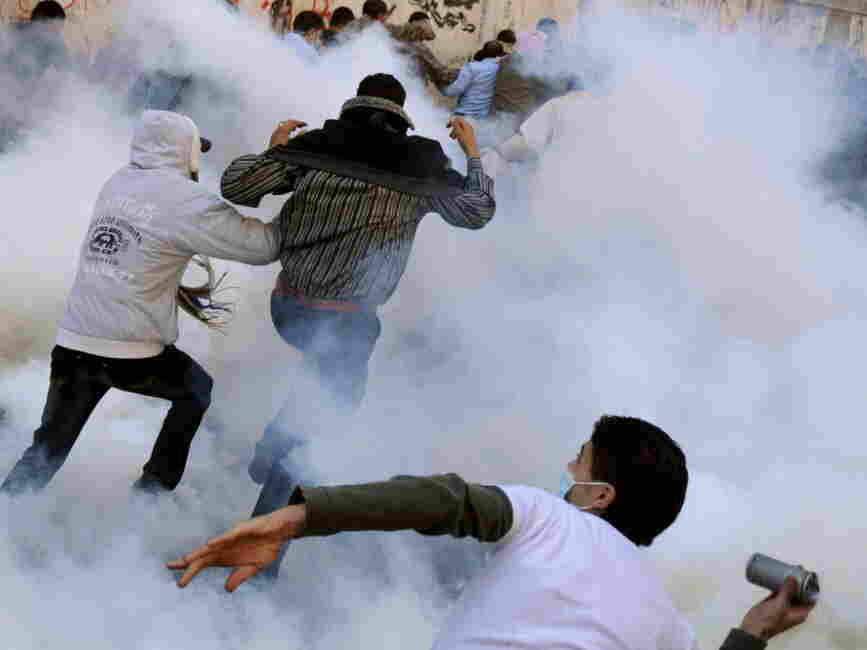 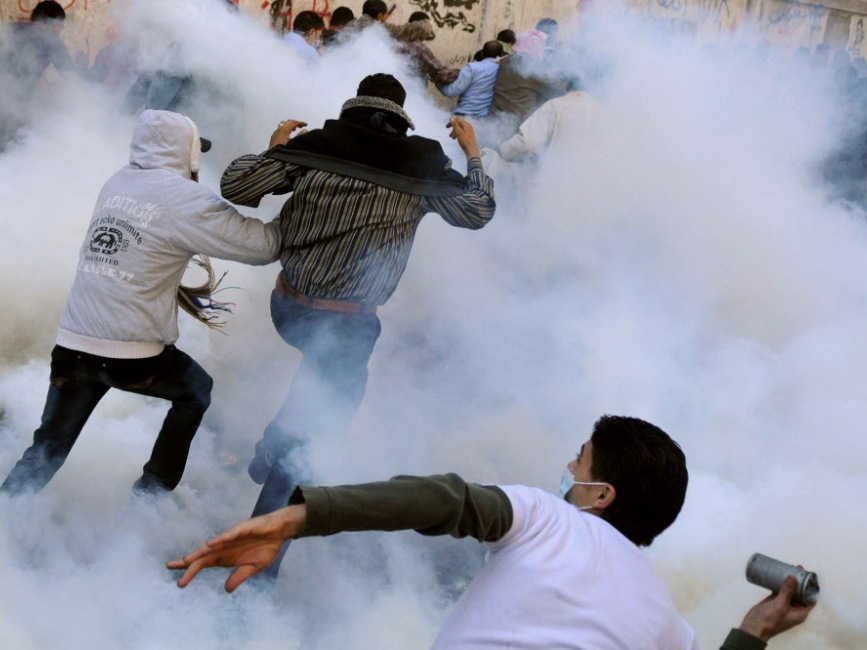 An Egyptian protester prepares to hurl a tear gas canister back at security forces as others run for cover earlier today in Cairo's Tahrir Square.

The death toll from three days of clashes in Cairo's Tahrir Square has risen to at least 24, a morgue official tells The Associated Press. (Note at 8:25 a.m. ET: Earlier, the official told the AP that the toll was 35; now, he says 11 of the deaths were unrelated to the violence.)

Through the weekend and into today, security forces have been moving against protesters who are demonstrating against the country's military leaders who, the protesters say, are ruling in much the same way as former President Hosni Mubarak.

The Guardian is live-blocking the news from Cairo, and writes that it's likely the violence will grow even more intense today.

Al-Jazeera says the violence is causing doubt about whether elections set to begin on Nov. 28 will actually be held on time:

"On Sunday a press conference planned for Monday to detail how the election process would proceed was postponed with no new date set. Several political parties and individual candidates said they were suspending their electoral campaign, raising concerns over whether the vote will go ahead smoothly, or whether it could be postponed."

Soraya says, though, that the military rulers and the interim government they appointed said the elections will go on as scheduled.