Accessibility links
'Casually Pepper Spraying Cop' Meme Takes Off : The Two-Way A University of California Davis police officer is now the featured image in a growing number of ironic Web posts. Critics are commenting about the pepper-spraying of protesters with Web-based art. 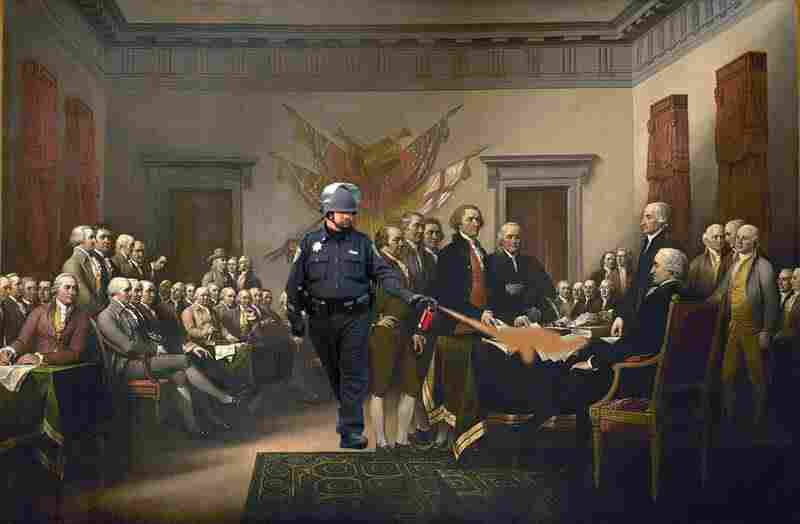 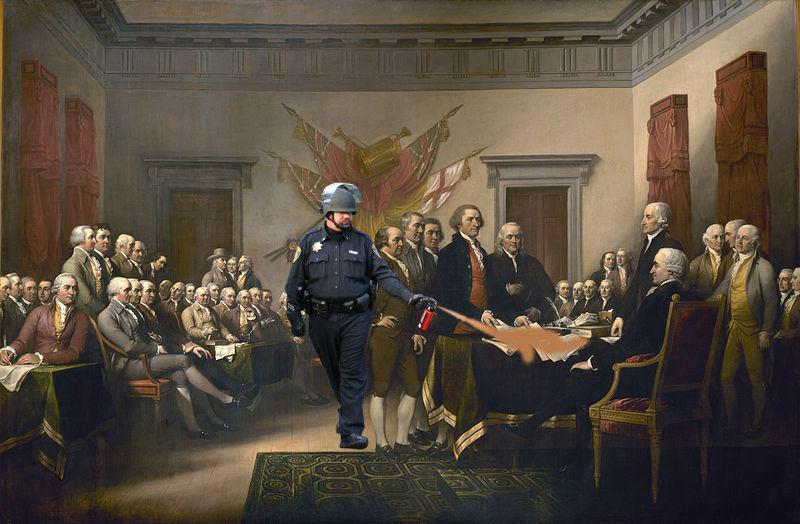 When he walked down a line of seated Occupy protesters Friday at the University of California Davis and shot pepper spray directly at them, campus police Lt. John Pike likely never thought that video of the incident would go viral on the Web, that there would be outrage not only at the school but around the nation, or that "casually pepper spraying cop" would quickly become one of the year's top memes.

All those things did indeed happen.

And as Buzzfeed.com's Matt Stopera tells NPR, when he and others look back at the end of the year to judge which memes took off, "this is definitely going to be one of the bigger, more important memes."

Matt Stopera on the meme's importance

A quick note for the many among us who need a definition: As KnowYourMeme.com says, an Internet meme is "a piece of content or an idea that's passed from person to person, changing and evolving along the way."

In this case, as Stopera told NPR, the piece of content was a photo of Pike. It's thought that the first person to do something interesting with the image was James Alex — better known on the Web as Jockohomo. The meme basically started when, as Alex explains on his blog, he remixed images of Pike in paintings like Thomas Eakins' The Gross Clinic 1875 and Willard's The Spirit of 76'.

That's lead to others inserting Pike into classic works. "People kind of just went crazy from there," said Stopera.

But does this kind of "fun" trivialize a serious event? After all, as inevitably happens on the Web, the meme has gone on to have Pike spraying adorable little kittens.

There is that danger, but Stopera makes the case that the news about what occurred at UC Davis is now reaching a whole new — and probably younger — audience. If they jump from Tumblr posts with funny or sarcastic images to search for news about what's going on, they end up learning about what happened.

And, of course, it is a meme — which means it probably has a life of just another day or two. So if it does dissolve into the silly, it won't be for long.

Matt Stopera on reaching another audience

Update at 2:20 p.m. ET, Nov. 22: Pj Seleska of San Bernardino, Calif., is being credited with creation of the Declaration of Independence image. 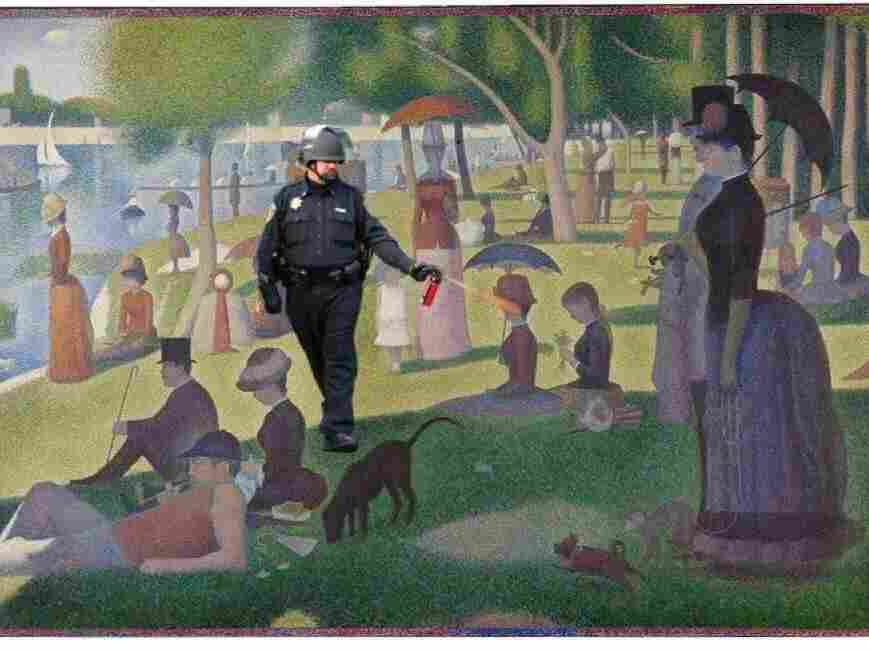 Spraying in the park ("A Sunday Afternoon on the Island of La Grande Jatte" by George Seurat). jockohomo.tumblr.com hide caption 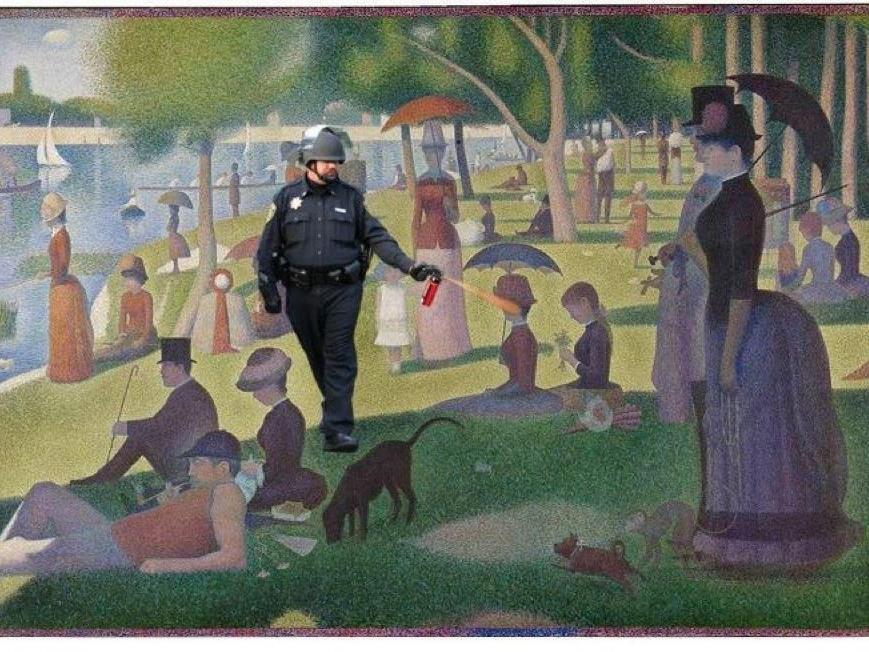 Spraying in the park ("A Sunday Afternoon on the Island of La Grande Jatte" by George Seurat).

Correction at 5:44 p.m. ET. In an earlier version of this post we attributed the image of Pike spraying the Declaration of Independence in John Trumbull's iconic painting to James Alex. It's not clear who remixed that image.