Accessibility links
Supercommittee Admits It's Failed To Reach A Deal : The Two-Way Unless Congress changes the rules, this failure triggers a $1.2 trillion across-the-board budget cut.

Supercommittee Admits It's Failed To Reach A Deal

Supercommittee Admits It's Failed To Reach A Deal 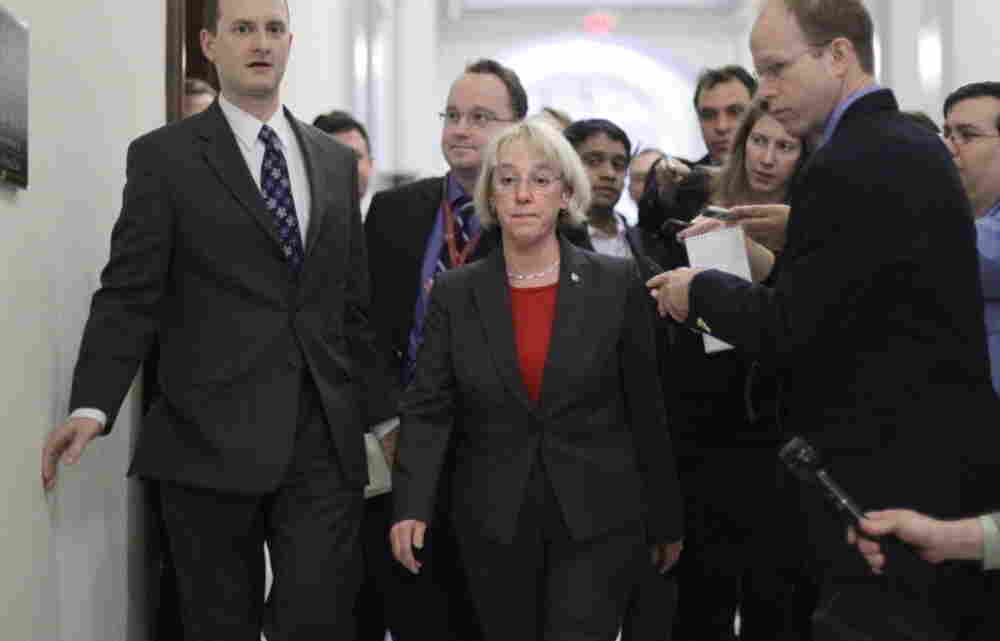 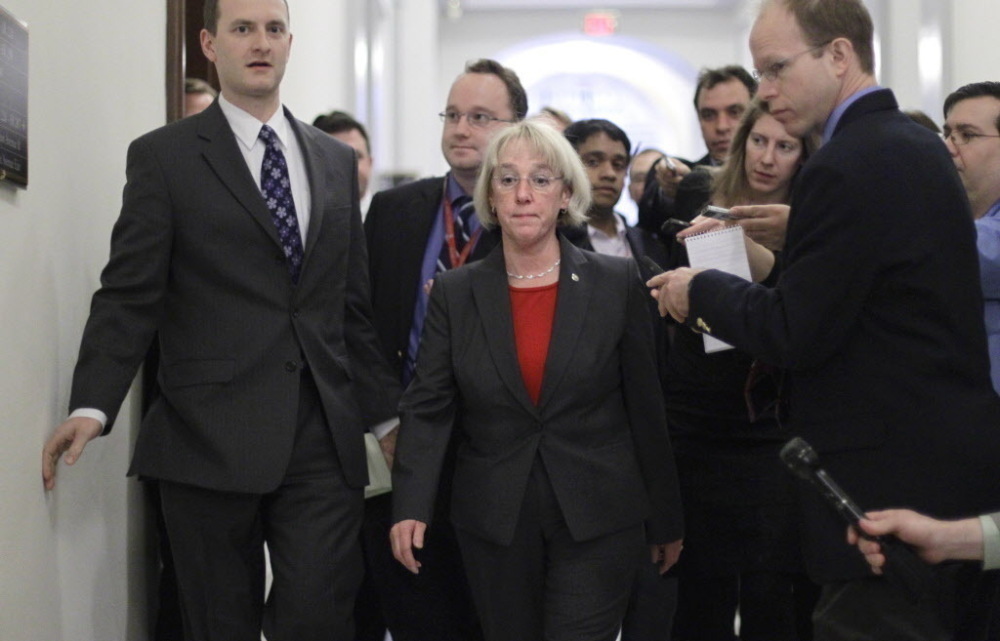 Democratic Sen. Patty Murray, the supercommittee co-chairwoman, arrives to meet in the Capitol Hill office of Democratic Sen. John Kerry with other members of the deficit reduction panel on Monday.

The co-chairs of the Supercommittee made it official, minutes ago: They said they have failed to reach an agreement over a deficit reduction package.

"Democratic Sen. Patty Murray and Republican Rep. Jeb Hensarling say that despite 'intense deliberations' the members of the panel have been unable 'to bridge the committee's significant differences.'

"The panel was established by this summer's budget and debt agreement to cut at least $1.2 trillion from the budget over 10 years. But the panel has been divided from the beginning over taxes and cuts to popular government benefit programs like Medicare."

In a statement, Rep. Jeb Hensarling and Sen. Patty Murray, the co-chairs of the commission, said they were "deeply disappointed" in their inability to reach a bipartisan deal.

Despite our inability to bridge the committee's significant differences, we end this process united in our belief that the nation's fiscal crisis must be addressed and that we cannot leave it for the next generation to solve.

The legislation Congress agreed to in the summer stipulates that if the committee could not reach a deal, there would across-the-board cuts of $1.2 trillion — or 10 percent of the nation's collective deficit — over the next decade. Neither party wants that, because it would hit the defense budget hard, which Republicans don't want, and also hit domestic programs, which Democrats don't want.

That could happen, or NPR's Liz Halloran reports, they could change the rules.

We'll have more as this story develops.

Like the debt ceiling negotiations of earlier this year, the impasse of these negotiations was about taxes on the rich. The Washington Post captures that divide with rounding up interviews with Sen. John Kerry (D-Mass.) and Sen. Jon Kyl (R-Ariz.):

"Kerry said efforts ultimately foundered over the Republican refusal to accept any tax increases on the wealthy in exchange for spending cuts.

"'This is a matter of fundamental fairness,' Kerry told CNN. 'We are stuck on this insistence of making the Bush tax cuts for the wealthy permanent. I think the American people will judge that to be insane.'

"Kyl blamed Democrats for insisting that taxes on more affluent Americans be increased. 'Our Democratic friends said we won't cut one dollar more without raising taxes,' Kyl said. 'That tells you a lot about the ethos in Washington. We went into the exercise to try to reduce federal government spending. What we get from the other side is, 'No, we won't make more cuts unless you raise taxes.""

"One way or another, we will be trimming the deficit," said President Obama just moments ago. The president, making a statement in the White House press briefing room, said Congress still has time to reach a deal, but that he does not support changing the rules in order to avoid automatic cuts.

The president warned he would veto any legislation that did so.

Obama opened his statement, however, with sharp words toward congressional Republicans. He said Republicans have refused to give in on new revenue or letting the Bush tax cuts expire. He said Republicans are trying to "protect the rich" despite cuts to medicare and other social programs for the poor.

"Their refusal remains the main stumbling block," he said.

Obama said Congress needs to get back to work and "create a balanced plan."

"They have a year to to figure it out," Obama said.

President Obama will make a statement at 5:45 p.m. ET. We'll bring you his comments as they happen.