Accessibility links
'Rage' In Pakistan, Deep Concern In U.S. After NATO Attack : The Two-Way The NATO air strike that killed 24 Pakistani soldiers over the weekend could "rupture" already frayed relations between the U.S. and Pakistan.

'Rage' In Pakistan, Deep Concern In U.S. After NATO Attack

'Rage' In Pakistan, Deep Concern In U.S. After NATO Attack 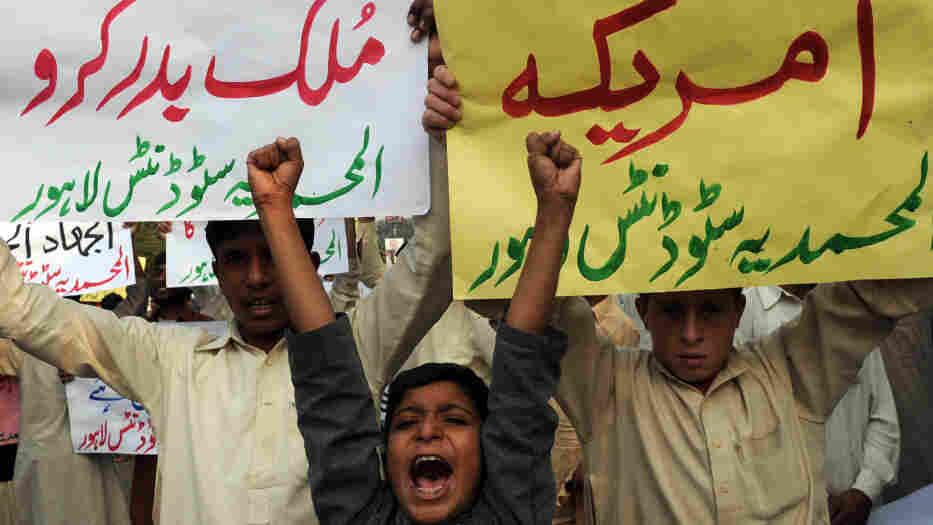 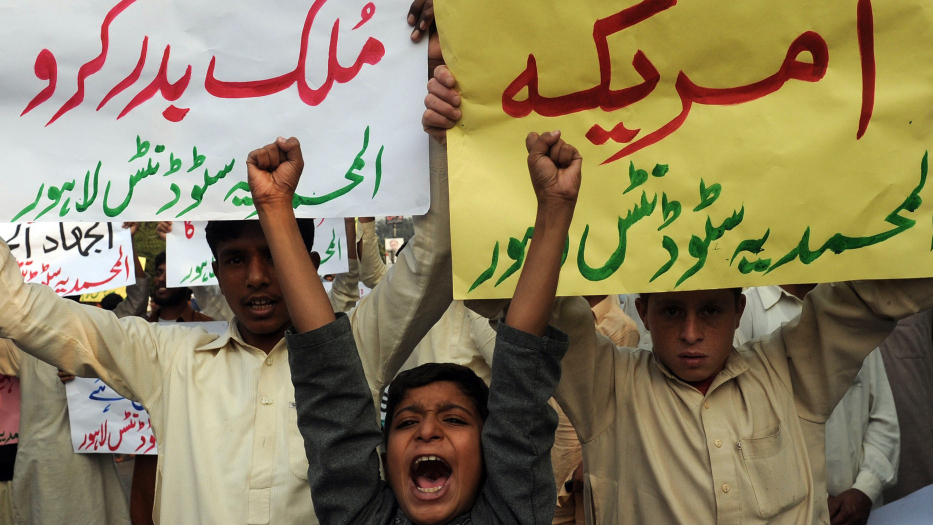 Pakistani boys in Lahore joined in a protest Sunday about the NATO attacks that killed 24 Pakistani soldiers.

The foreign minister says there is "rage" in Pakistan about the NATO airstrike over the weekend that killed 24 Pakistani soldiers near the border with Afghanistan.

Indeed, the already frayed relations between Pakistan and the U.S., as Morning Edition's Steve Inskeep said today, have grown more strained. There's even talk among some senior Pakistani officials, Omar Waraich of Time Magazine told Steve, of a "rupture" in relations between the two nations.

Already, as The Associated Press says, "Pakistan has closed its western border to trucks delivering supplies to coalition troops in Afghanistan, demanded that the U.S. abandon an air base inside Pakistan and said it will review its cooperation with the U.S. and NATO."

And while it will be some time before we see how it all plays out, there's no question that "people are very, very tense about this latest situation," NPR Pentagon correspondent Tom Bowman said on Morning Edition.

Exactly what happened and why on Saturday isn't clear. Afghan officials have said the air strikes were called in because Afghan and NATO forces were under fire from areas near or on Pakistani army bases. Pakistan has denied its troops had anything to do with any such fire. But, as The Washington Post reports:

"Afghan and U.S. military officials ... say they believe Taliban fighters — many of whom are based in Pakistan's remote tribal areas — sometimes operate alongside Pakistani troops. The United States has long alleged that insurgents are sheltered and at times aided by Pakistan, which views them as assets for influence in Afghanistan. Pakistan denies that."

Now, according to The Guardian, "NATO forces in Afghanistan are bracing for possible reprisals from Pakistani-backed insurgents following the coalition air strike along the border that killed 24 Pakistani soldiers." And, it adds, there is concern "that the Pakistani intelligence agency, the ISI, could go much further and use its suspected influence over insurgent groups in the tribal areas along the Afghan border to launch reprisal attacks on NATO."