Accessibility links
Woman Says She Had A Long-Term Affair With Herman Cain : The Two-Way The woman told a local Fox station that she had a 13-year affair with Cain. In an interview with CNN, the Republican presidential candidate denied the accusations, saying he thought she "was a friend."

Woman Says She Had A Long-Term Affair With Herman Cain

Woman Says She Had A Long-Term Affair With Herman Cain 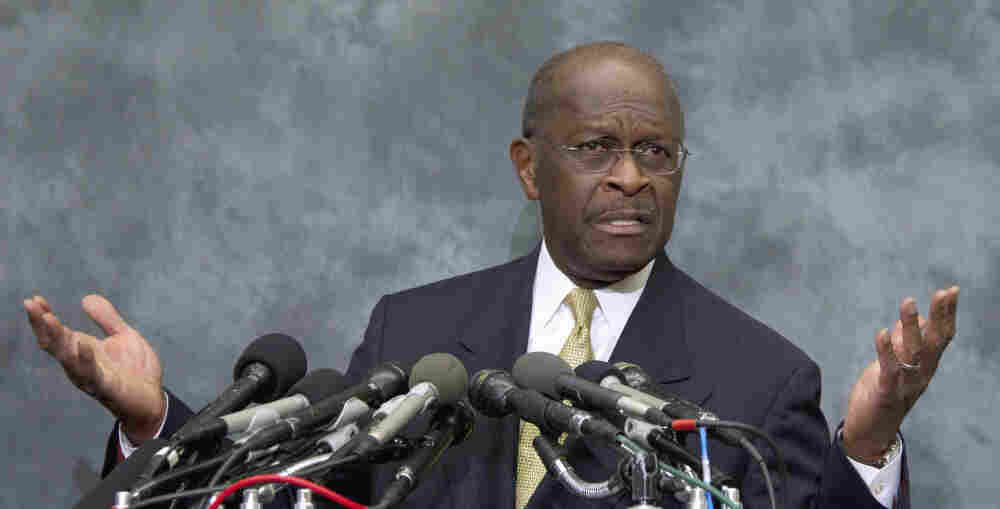 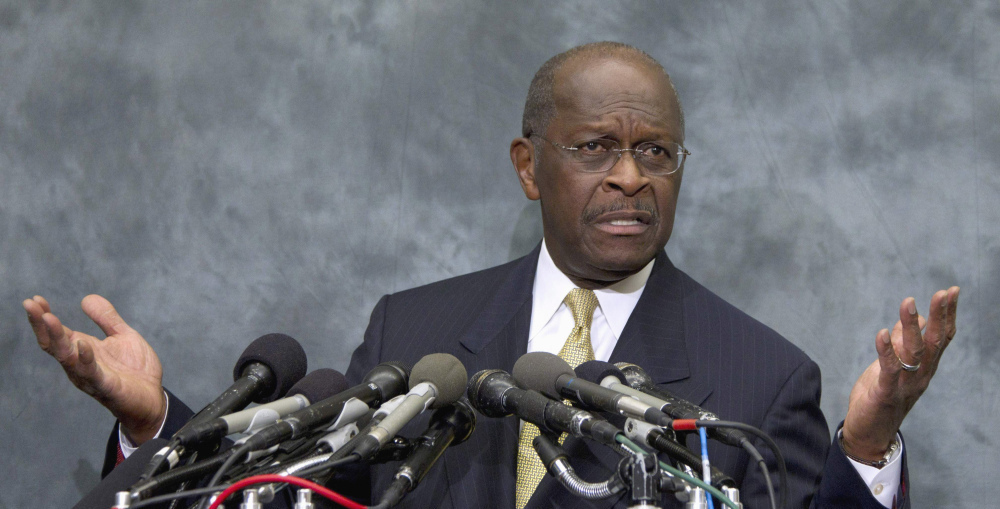 "I just wanted to give you a heads up and your audience a heads up that here we go again," Republican presidential candidate Herman Cain said on CNN a few moments ago.

Cain told CNN's Wolf Blitzer that another accuser would come forward and say they were involved in a long-term extramarital affair. Cain said he knows the accuser and he thought "we were friends."

If you remember, Cain's campaign has been rocked by allegations that he sexually harassed women while he was at the helm of the National Restaurant Association. Two women went public with the accusations and while at first Cain saw his campaign contributions expand, his poll numbers have sagged since.

In his interview with CNN, Cain would not go into details, saying all he knew was what his lawyer had heard from the reporter about to break the story. But he said that when the specifics are made public, "we will respond to every" detail.

Cain has always maintained he did not sexually harass anyone and he added that in this case he "didn't do anything wrong."

Look for more on this story from our friends at It's All Politics.

Here's CNN's video of the interview:

Ginger White says she decided to tell her story before it got out on its own. In an interview with Fox 5 Atlanta, White said her 13-year affair with Cain started while he was president of the National Restaurant Association.

"It was fun," White said. "It was something that took me away from my humdrum life at the time."

White said Cain would fly her across the country for their trysts:

She says during the next 13 years, he would fly her to cities where he was speaking and he lavished her with gifts. She says they often stayed at the Ritz Carlton in Buckhead and dined at The Four Seasons restaurant. She says he never harassed her, never treated her poorly, and was the same man you see on the campaign trail.

"Very much the same, very much confident, very much sure of himself," White said, describing Cain. "Very arrogant in a playful sometimes way. Very, ah — Herman Cain loves Herman Cain."

When his new book, CEO of SELF, came out in 2001, she says Cain once again autographed it for her writing, "Friends are forever! Everything else is a bonus."

According to the station, White offered phone records that appear to show calls and text messages from Cain. White, the station reports, is a single mother, who filed a sexual harassment claim in 2001 and had a judge rule against her in a libel lawsuit.

It appears Herman Cain is responding to a report to be aired on Fox 5 Atlanta. According to a short teaser, the accuser is Ginger White, an Atlanta businesswoman, who alleges she's had a 13-year affair with Cain.

"...This appears to be an accusation of private, alleged consensual conduct between adults - a subject matter which is not a proper subject of inquiry by the media or the public. No individual, whether a private citizen, a candidate for public office or a public official, should be questioned about his or her private sexual life. The public's right to know and the media's right to report has boundaries and most certainly those boundaries end outside of one's bedroom door.

"Mr. Cain has alerted his wife to this new accusation and discussed it with her. He has no obligation to discuss these types of accusations publicly with the media and he will not do so even if his principled position is viewed unfavorably by members of the media."