Accessibility links
Why Burma? Why Myanmar? Why Both? : The Two-Way Secretary of State Hillary Rodham Clinton's visit to Myanmar, also known as Burma, has again focused attention on what to call that nation. For some, it's a political issue.

Why Burma? Why Myanmar? Why Both?

Why Burma? Why Myanmar? Why Both? 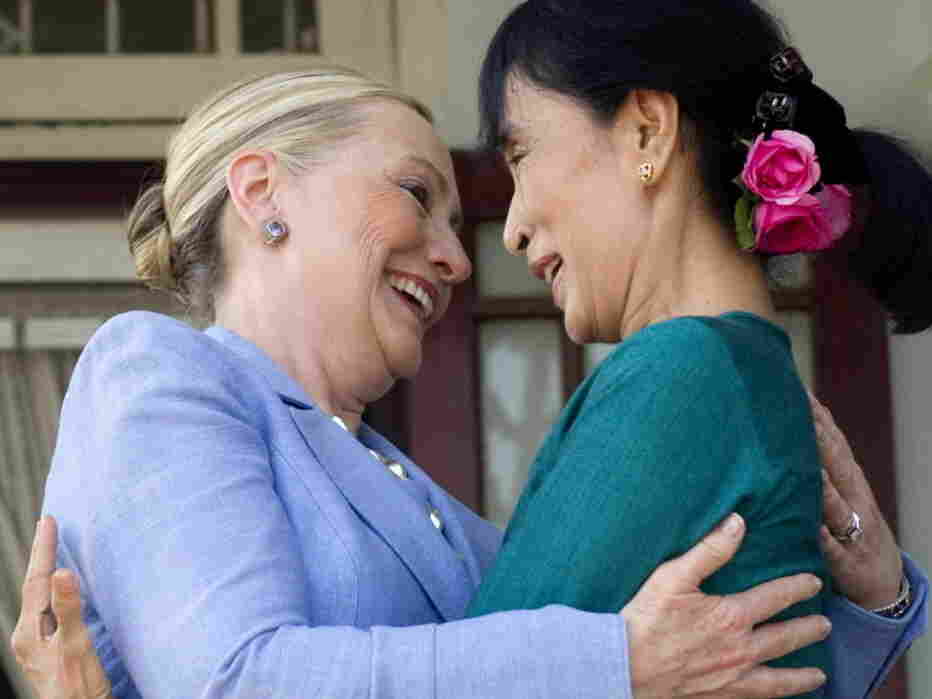 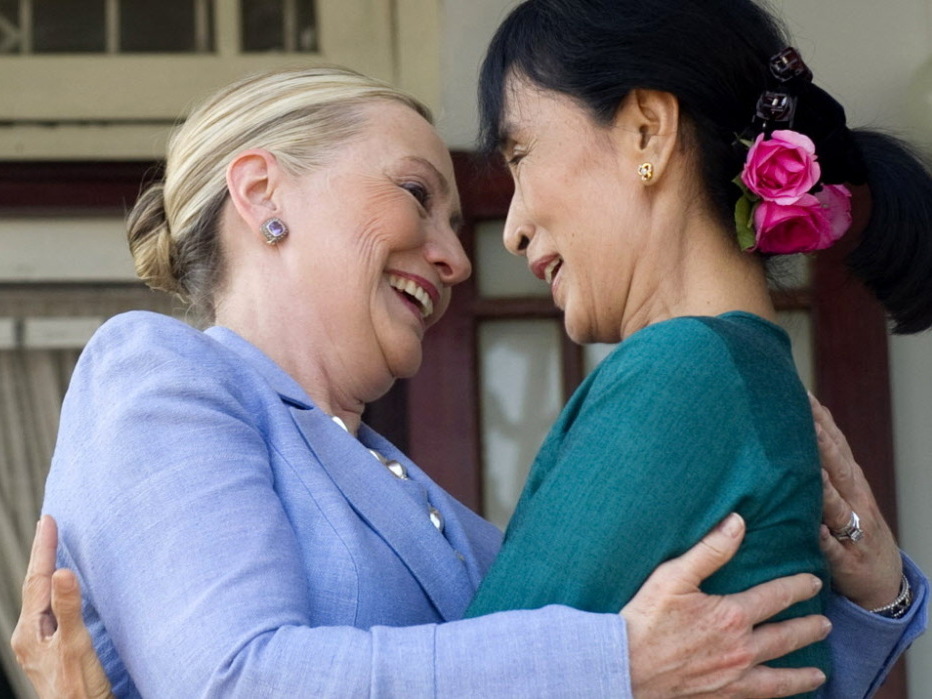 Secretary of State Hillary Rodham Clinton's visit to Myanmar, where she has pledged with opposition leader Aung Sang Suu Kyi to continue the push for democracy and respect for human rights there, has focused attention on that long-oppressed Asian nation.

It has also raised again the question why the country is or isn't called Burma anymore, depending on who's doing the speaking or reporting. Our friends at All Things Considered touched on that issue last evening.

As they reminded listeners, "the country became the Republic of Burma when it won its independence from Great Britain in 1948. Then, in 1989, the current military regime took power and dropped Burma, preferring Myanmar." Some news outlets refuse to change and still use Burma. NPR, "chooses to split the difference, using Myanmar on first reference, along with a reminder that the country is also known as Burma."

There's more to the story, of course. And politics play a role in why some nations still use Burma, not Myanmar, when referring to the country.

The BBC (which still refers to the country only as Burma) writes that:

"Burmah, as it was spelt in the 19th Century, is a local corruption of the word Myanmar. They have both been used within Burma for a long time, says anthropologist Gustaaf Houtman, who has written extensively about Burmese politics. ... If Burmese people are writing for publication, they use 'Myanmar', but speaking they use 'Burma', he says. ...

"Richard Coates, a linguist at the University of Western England, says adopting the traditional, formal name is an attempt by the junta to break from the colonial past. 'Local opposition groups do not accept that, and presumably prefer to use the old colloquial name, at least until they have a government with popular legitimacy,' [Coates says]. 'Governments that agree with this stance still call the country Burma.' "

The U.S. is among the nations that choose not to refer to the nation as Myanmar. "Out of support for the democratic opposition," and its victory in a 1990 parliamentary election — the results of which were annulled by the military rulers — "the U.S. Government likewise uses 'Burma,' " the State Department says.

The CIA World Factbook almost ignores the military rulers preferred name. "Since 1989 the military authorities in Burma have promoted the name Myanmar as a conventional name for their state; the U.S. Government did not adopt the name, which is a derivative of the Burmese short-form name Myanma Naingngandaw," the Factbook says.

So there you go. It's Burma and it's Myanmar. But which you choose to use involves some diplomatic considerations.

Meanwhile, for some insight on what it's like in Burma/Myanmar — especially the new capital, Naypyidaw, which always seems to be described as "surreal" — see this post at Time magazine's Global Spin blog.