Accessibility links
Crippled Japanese Nuclear Plant Continues To Leak Radioactive Water : The Two-Way About 45 tons of contaminated radioactive water have leaked and about 300 liters of it has made it into the Pacific Ocean. 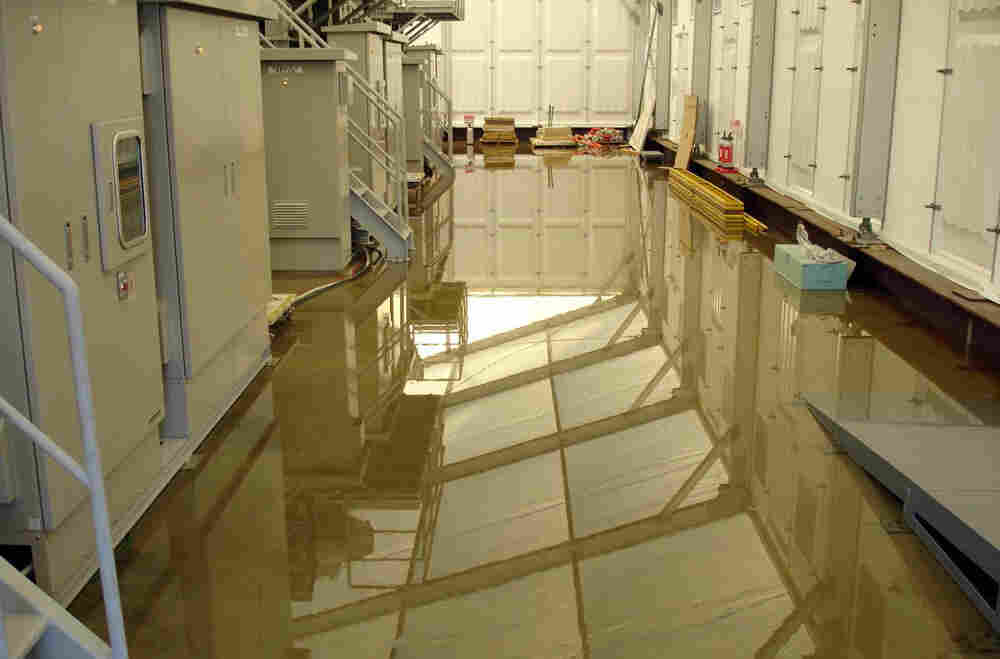 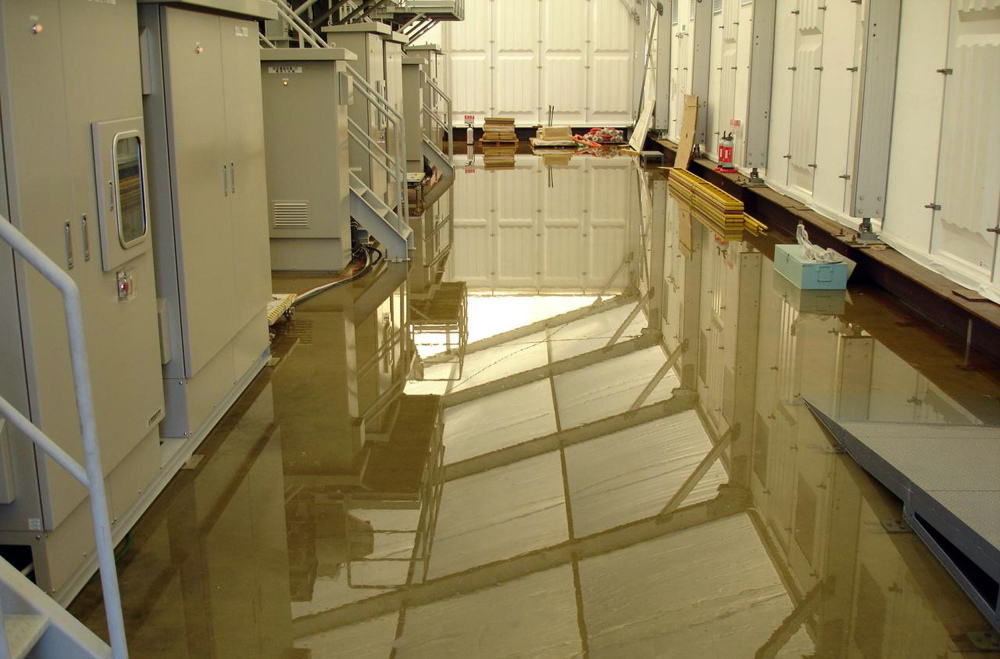 This handout picture, taken by Tokyo Electric Power Co (TEPCO) shows radioactive water on the floor inside the building of a water treatment facility at TEPCO's Fukushima Daiichi nuclear plant.

Over the weekend, the company that runs the Japanese nuclear plant crippled by the earthquake and tsunami in March said they had detected another leak of radioactive water. This time, Tokyo Electric Power Co. (Tepco) said, 45 tons of contaminated water had been found outside the cooling system and about 300 liters of it had leaked into the Pacific Ocean.

The cooling system was installed after the plant was tsunami. The system is intended to flood the reactors with sea water in order to cool them off. The water is contaminated by the process, but is later cleaned by another process.

"The trouble on Sunday came in two stages, a Tepco statement said. In the morning, utility workers found that radioactive water was pooling in a catchment next to a purification device; the system was switched off, and the leak appeared to stop. But the company said it later discovered that leaked water was escaping, possibly through cracks in the catchment's concrete wall, and was reaching an external gutter.

"In all, as much as 220 tons of water may now have leaked from the facility, according to a report in the newspaper Asahi Shimbun that cited Tepco officials.

"The company said that the water had about one million times as much radioactive strontium as the maximum safe level set by the government, but appeared to have already been cleaned of radioactive cesium before leaking out. Both elements are readily absorbed by living tissue and can greatly increase the risk of developing cancer."

The BBC reports that a Tepco spokesman said the company was still analyzing the situation. He said "based on the amount of water which has leaked into the ocean there may or may not be an effect on the environment."

The Financial Times adds that decommissioning the plant and decontaminating the area around it will be a decades-long process. As The New York Times notes, "thousands of tons of of water remain in the flooded basements of the plant's reactor buildings."

Update at 1:58 p.m. ET. Our colleague Wright Bryan points us to a post at The Atlantic's In Focus blog, which collects some stunning pictures of the "exclusion zone."