Accessibility links
U.S. Says It Will Use Foreign Aid To Promote Gay Rights : The Two-Way The new initiative directs U.S. agencies to deter governments from criminalizing homosexuality and could strain relations with allies like Saudi Arabia.

U.S. Says It Will Use Foreign Aid To Promote Gay Rights

U.S. Says It Will Use Foreign Aid To Promote Gay Rights 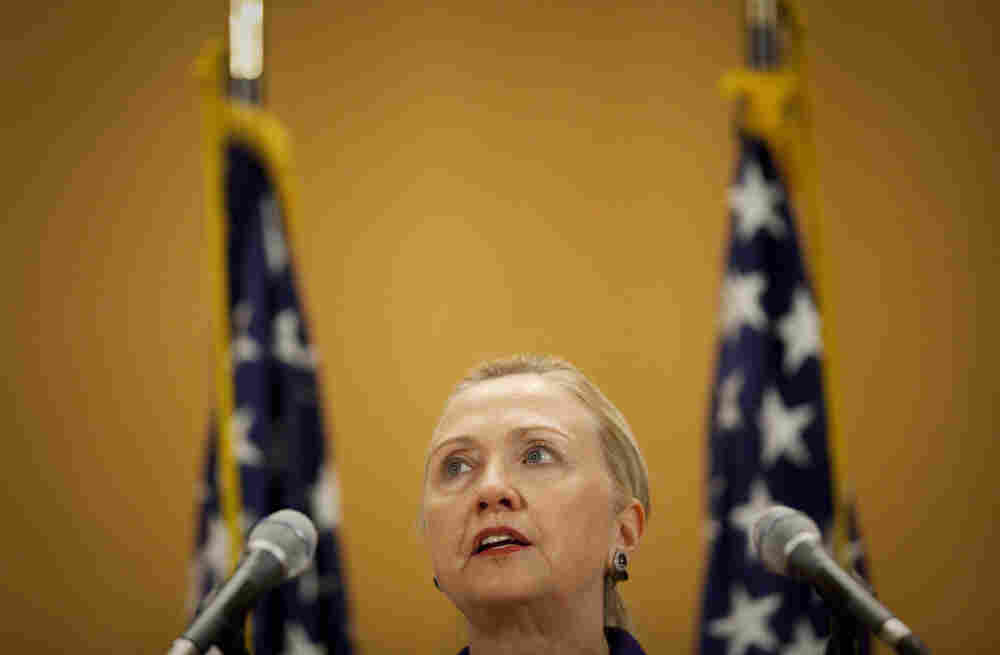 How a country treats its gay and lesbian citizens may now play a role in the foreign aid it receives from the United States.

The New York Times reports that the Obama administration issued a memo telling agencies to find ways to deter countries from criminalizing homosexuality.

"The new initiative holds the potential to irritate relations with some close American allies that ban homosexuality, including Saudi Arabia.

"But Secretary of State Hillary Rodham Clinton underscored Mr. Obama's remarks, in a speech delivered in Geneva in connection with International Human Rights Day on Dec. 10.

"'I am not saying that gay people can't or don't commit crimes,' she said. 'They can and they do. Just like straight people. And when they do, they should be held accountable. But it should never be a crime to be gay.'"

During her address Clinton repeated a line from a speech she gave in June 2010.

The AP reports that the among the audience were diplomats from nations in which homosexuality is criminalized. Clinton, reports the AP, did not single out countries and she did not announce "consequences or penalties the U.S. might apply to nations it judges poor protectors of gay rights."

The memorandum is vague in its directions on foreign aid, but here's how the White House's fact sheet lays outlines the directives:

The memorandum directs agencies to:

The New York Times reiterates that it's not yet clear whether the U.S. will withhold foreign aid from countries with poor records, but among those that could face some pressure from the U.S. are allies like Saudi Arabia and Afghanistan, which criminalize homosexuality.