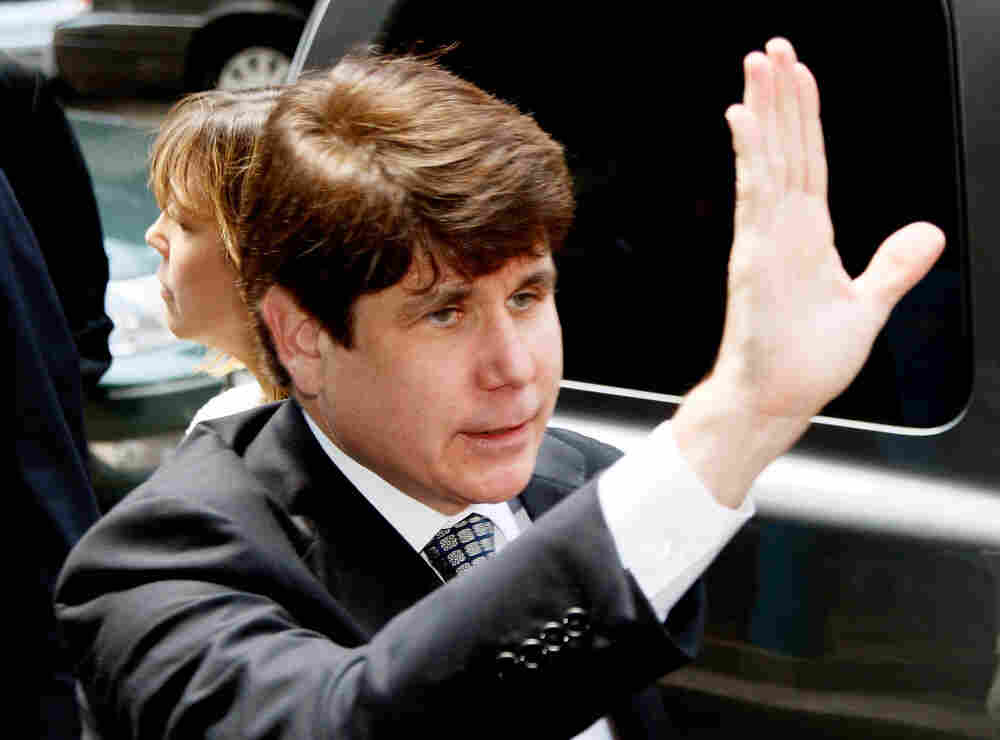 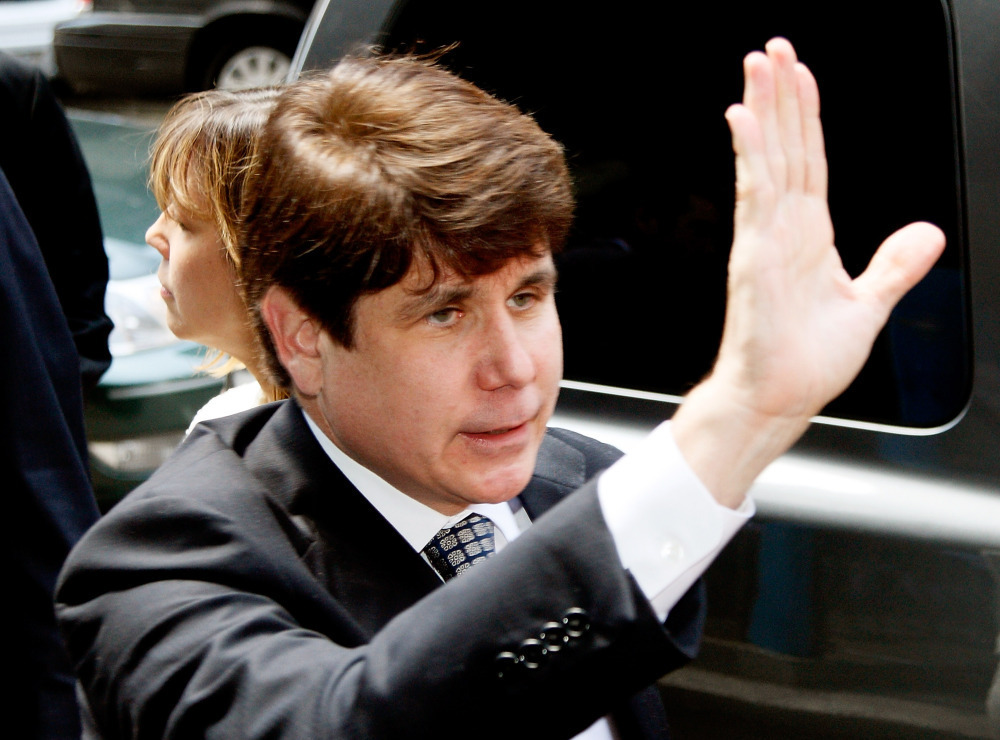 Former Illinois Governor Rod Blagojevich arrives for the verdict in his corruption retrial at the Dirksen Federal Courthouse in Chicago on June 27.

Update at 1:33 p.m. ET. Judge James Zagel has sentenced former Illinois Gov. Rod Blagojevich to 14 years in prison. The AP reports that it is "one of the stiffest penalties for corruption in a state with a history of crooked politics."

On his way out of the courthouse, Blagojevich said "we're going to keep fighting on through this adversity. This is a time to be strong."

The Chicago Tribune reports that federal rules require Blagojevich to serve a little less than 12 years in prison.

Facing hard time in jail, former Illinois Gov. Rod Blagojevich told a judge during a sentencing hearing that he was "unbelievably sorry."

"'I'm here convicted of crimes. The jury decided I was guilty. I am accepting of it. I acknowledge it, and I of course am unbelievably sorry for it,' Blagojevich said.

"Blagojevich said he thought he was acting in accord with the law when he did things for which he later was convicted.

"'I was mistaken. The jury convicted me and they convicted me because those were my actions... I am responsible. I caused it all. I'm not blaming anybody. I was the governor, and I should have known better. And I am just so incredibly sorry.'"

Blagojevich was convicted of corruption in June. As we reported, a jury found him "guilty of 17 of 20 counts against him, including of trying to sell President Obama's vacated Senate seat."

The AP reports that, yesterday, prosectors made the case that Blagojevich should receive up to 20 years in prison, saying the disgraced former Democratic governor knew full well what he was doing. Blagojevich's defense attorneys have tried to portray him as a caring family man, calling his wife to the stand, who pleaded for leniency.

"I will not be able to handle my father not being around," the letter read. "I need him here. I need him here for my high school graduation ... I'll need him when my heart gets broken."

Judge James Zagel is expected to make a decision shortly after Blagojevich's testimony.