Accessibility links
'Col. Potter' Has Died: Actor Harry Morgan Was 96 : The Two-Way He came into our living rooms as the fatherly colonel in M*A*S*H, as Officer Bill Gannon in Dragnet and in guest star roles on other series from Murder, She Wrote to The Love Boat.

Harry Morgan, who came into our living rooms as Col. Potter in M*A*S*-H, as Officer Bill Gannon in Dragnet and in guest star roles on other TV series from Murder, She Wrote to The Love Boat, has died. He was 96. 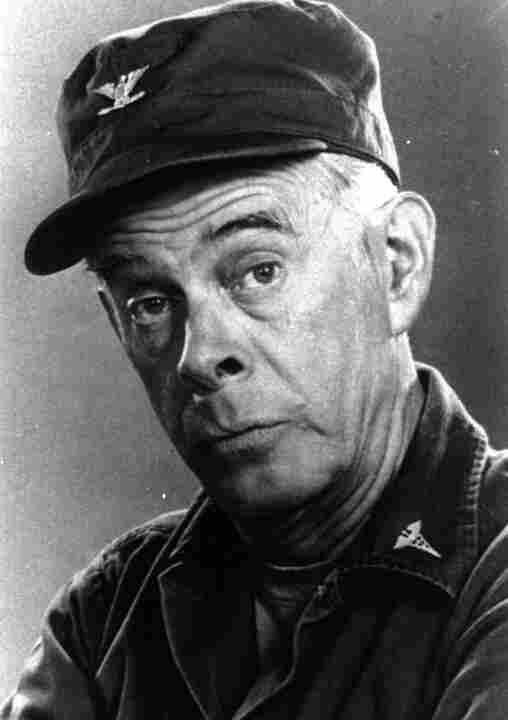 The Associated Press reports that the actor's daughter-in-law, Beth Morgan, said he died at his home in Brentwood, Calif., after a bout with pneumonia.

His hometown newspaper writes that Morgan "came a long way from the young man who acted in Muskegon [Mich.] High School productions."

"He was born Harry Bratsburg and graduated from Muskegon High School in 1933," The Muskegon Chronicle says.

Morgan's movie credits include roles in The Ox-Bow Incident, High Noon, The Glenn Miller Story and How the West Was Won.

But as the AP says, it was his role as the fatherly Col. Sherman Potter for which Morgan will be most remembered. "M*A*S*H was so damned good," he once told the AP. "I didn't think they could keep the level so high."