Accessibility links
2011 Breaks Record For Most Billion-Dollar Weather Disasters : The Two-Way The Weather Service chief said he has never seen a year like this in terms of extreme weather. The 12 disasters alone also killed 646 people. 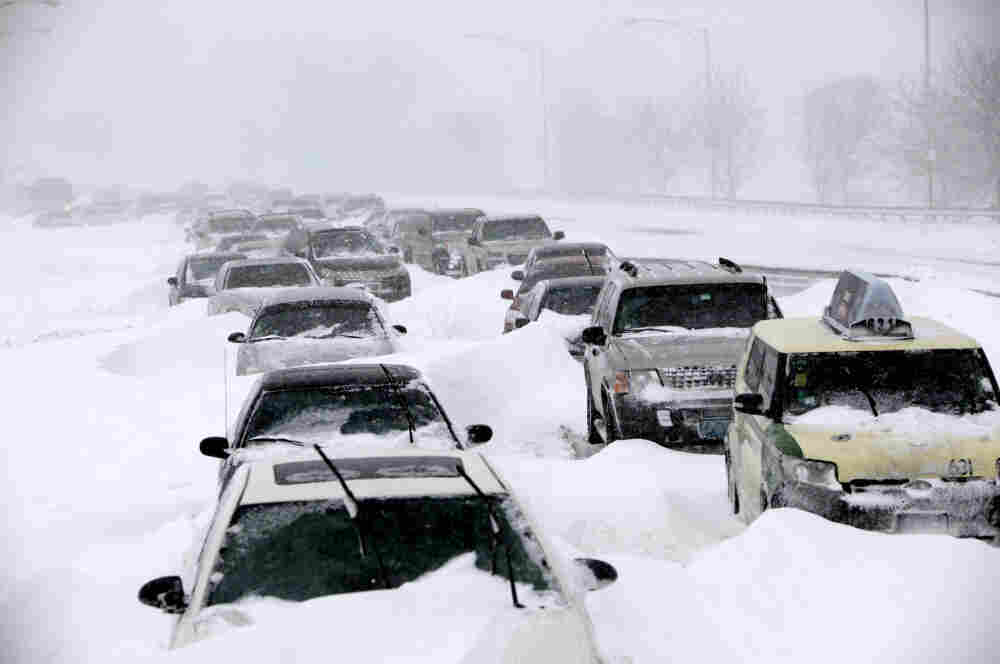 In this Feb. 2 file photo, hundreds of cars are seen stranded on Lake Shore Drive in Chicago after a winter blizzard of historic proportions wobbled an otherwise snow-tough Chicago. Kiichiro Sato/AP hide caption 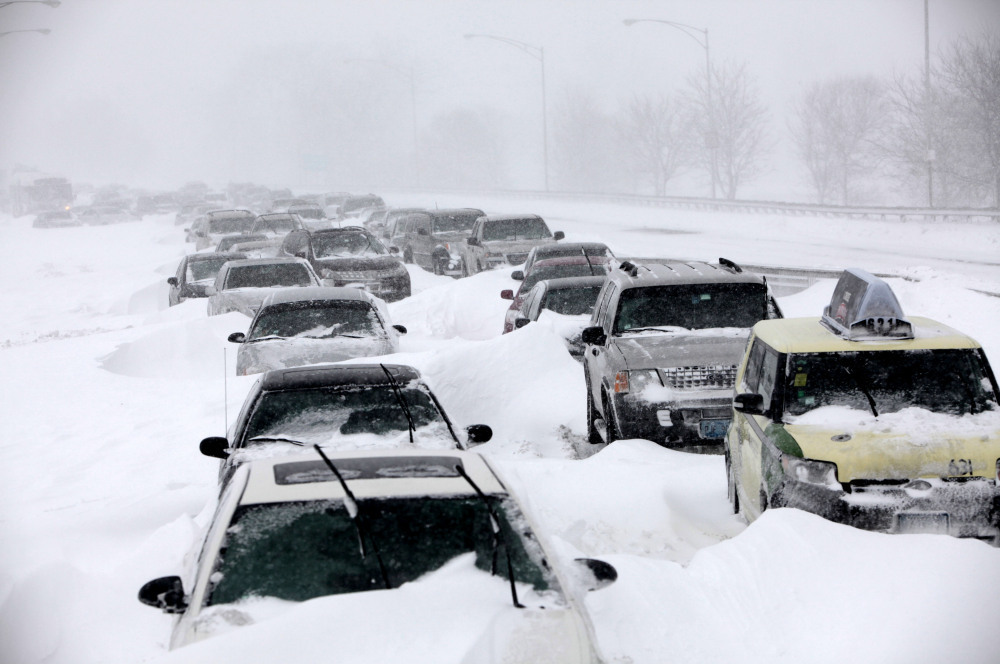 In this Feb. 2 file photo, hundreds of cars are seen stranded on Lake Shore Drive in Chicago after a winter blizzard of historic proportions wobbled an otherwise snow-tough Chicago.

In terms of weather, 2011 has made it into the record books. The National Oceanic and Atmospheric Administration announced that during this year, there have been 12 different weather disasters that cost more than $1 billion. The previous record was nine in 2008.

A few more facts from NOAA:

-- "These 12 disasters alone resulted in the tragic loss of 646 lives, with the National Weather Service reporting over 1,000 deaths across all weather categories for the year."

-- NOAA had originally counted 10 disasters, but that estimate went up after the wildfires in Texas and New Mexico exceeded $1 billion in damage. Also, NOAA just added the "June 18-22 Midwest/Southeast Tornadoes and Severe Weather event, which just recently exceeded the $1 billion threshold."

Here's a historical graph from NOAA: 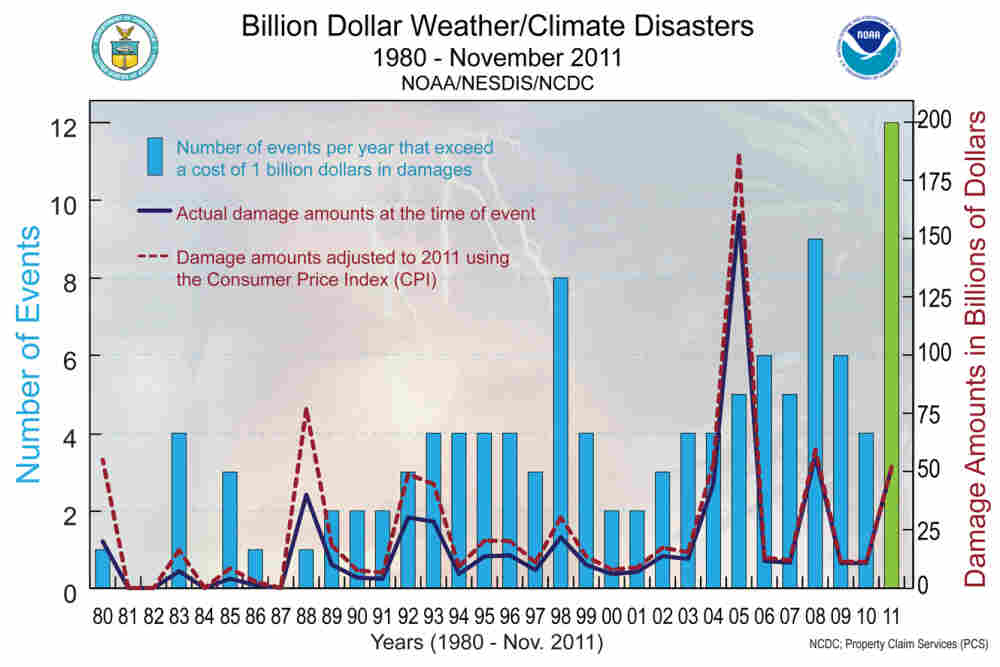 The AP spoke to National Weather Service Director Jack Hayes, who said he has never seen a year like this in terms of extreme weather. Hayes has been a meteorologist since 1970 and calls the waning year, "the deadly, destructive and relentless 2011."

And as we're all well aware it's not over, yet. The AP adds:

This year's total may not stop at 12. Officials are still adding up the damage from the Tropical Storm Lee and the pre-Halloween Northeast snowstorm, and so far each is at $750 million. And there's still nearly a month left in the year.

Scientists blame an unlucky combination of global warming and freak chance. They say even with the long-predicted increase in weather extremes triggered by manmade climate change, 2011 in the U.S. was wilder than they predicted. For example, the six large outbreaks of twisters can't be attributed to global warming, scientists say.