Accessibility links
Veteran Of Pearl Harbor Dies On Anniversary Of Attack : The Two-Way Frank Curre, a Navy veteran who survived the 1941 attack on Pearl Harbor, has died at the age of 88. According to his family, Curre died around noon on Dec. 7, 70 years after the attack. Curre's story of that horrible day was featured in NPR's Veteran's Day coverage last month.

The battleships USS West Virginia and USS Tennessee burn in Pearl Harbor after the Japanese air attack on Dec. 7, 1941.

Frank Curre, a Navy veteran who survived the 1941 attack on Pearl Harbor, has died at the age of 88. According to family members, he died around noon on Dec. 7, 70 years after the attack.

Curre's story of how he remembers that horrible day was featured in last month's Veteran's Day edition of StoryCorps.

For years, Curre had been suffering from mesothelioma, a type of cancer often caused by exposure to asbestos. He had reportedly been living with one of his daughters, in his native Waco, Texas. 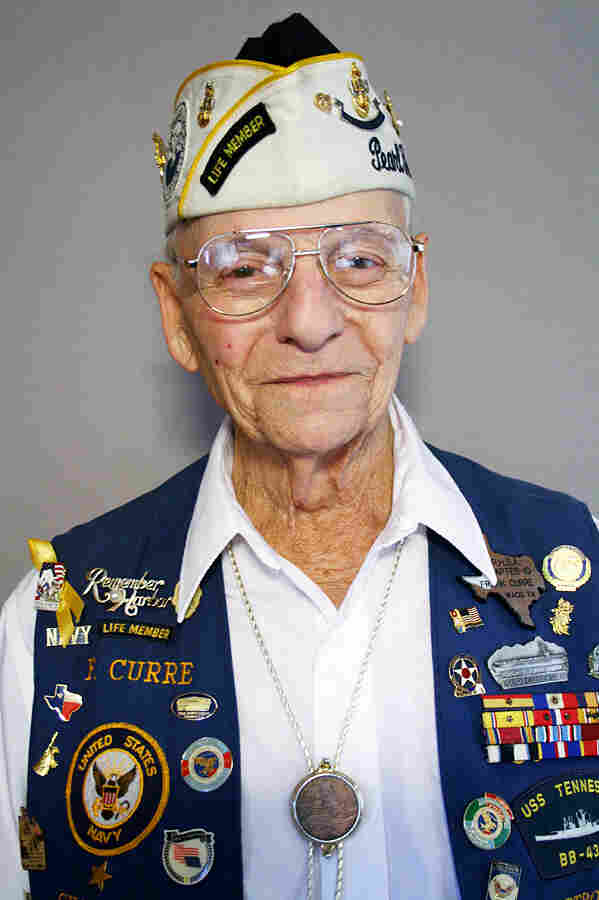 Pearl Harbor survivor Frank Curre gave his eyewitness account of the attack in an interview with StoryCorps in Waco, Texas. StoryCorps hide caption 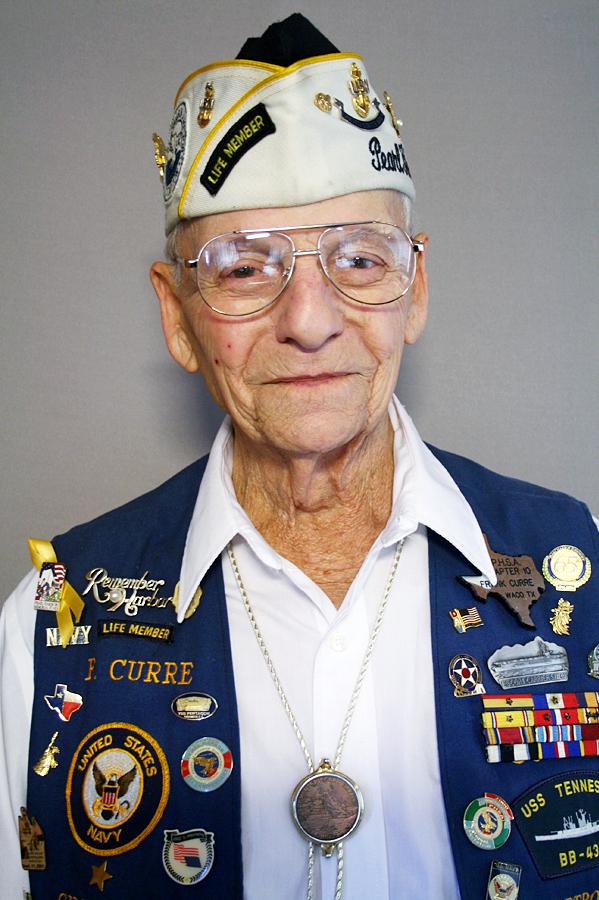 Pearl Harbor survivor Frank Curre gave his eyewitness account of the attack in an interview with StoryCorps in Waco, Texas.

In his StoryCorps segment, Curre described his eagerness to join the military and leave Texas as a teenager — he was so intent on his plan that he threatened to forge his enlistment papers if his mother didn't sign them.

Eventually, Curre shipped out on the USS Tennessee, a battleship.

"We headed for Pearl Harbor," he said. "I'd never even heard of it. I didn't even know what it was."

That was in August of 1941. In December, Curre watched with horror as U.S. ships and sailors were destroyed by the attacking planes. He and his shipmates tried to fight back, and when the attacks had ceased, they desperately tried to save anybody they could find.

As Curre described in a videotaped interview he gave in recent years, he and the other members of a rescue party were forced to listen helplessly as three men who were trapped inside a flooded neighboring ship tried to signal for help.

Curre said that he never fully recovered from what he saw on that tragic day.

But he was intent on sharing his experiences, to provide future generations a sense of what it was like to witness the event that propelled the United States into World War II. That's a goal he shared with the Pearl Harbor Survivors Association — a group that is reportedly slated to be disbanded at the end of this year, due to a declining membership.

Frank Curre has said that even decades after the Pearl Harbor attack, any sudden loud noise forced him to flinch involuntarily — something he blamed on watching the USS Arizona explode.

"What happened on that day is tattooed on your soul," Curre said in his StoryCorps interview. "There's no way I can forget that. I wish to God I could."