Accessibility links
Pusuke, World's Oldest Dog, Dies At Age 26 (Or 125 In 'Human Years') : The Two-Way The Shiba mix was fine until Monday, his owner says. He died quietly, surrounded by his human family in Japan. 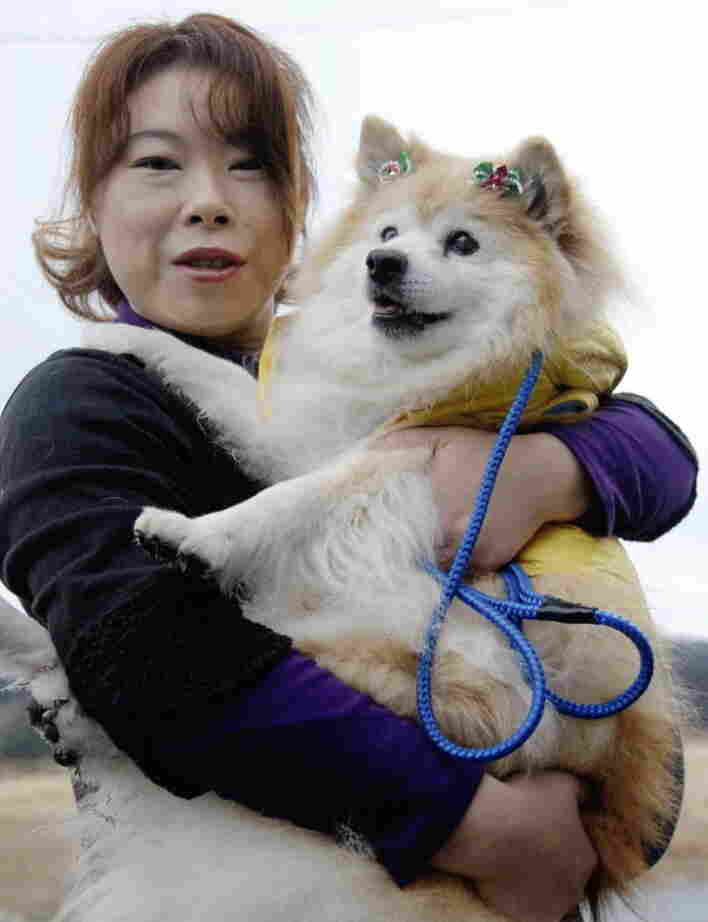 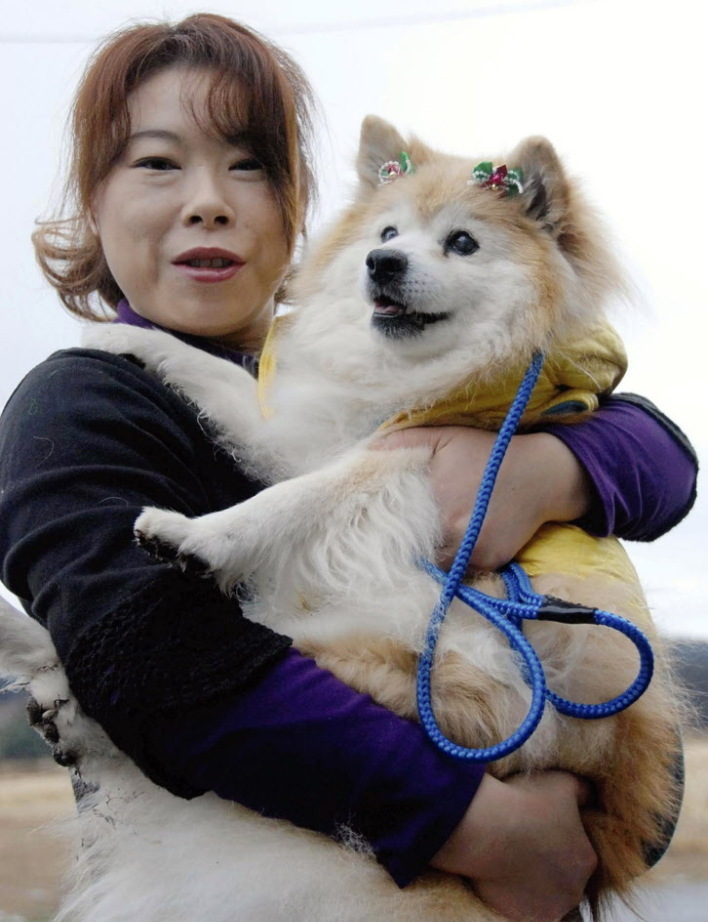 Pusuke and his human, Yumiko Shinohara, in December 2010.

Pusuke, a Shiba mix who last year was recognized by Guinness World Records as the planet's oldest dog, has died.

Japan's Yomiuri Shimbun reports that owner Yumiko Shinohara says Pusuke was fine until Monday. "The dog did not eat breakfast, which had never happened before, and died quietly at about 1:30 p.m., surrounded by Shinohara and her family," the newspaper says.

In 2008, the newspaper adds, Pusuke "suffered serious injuries after being hit by a car. A vet told Shinohara it would be difficult to save Pusuke's life, but the dog underwent successful surgery."

According to the folks at Guinness:

"The greatest reliable age recorded for a dog is 29 years 5 months for an Australian cattle-dog named Bluey, owned by Les Hall of Rochester, Victoria, Australia. Bluey was obtained as a puppy in 1910 and worked among cattle and sheep for nearly 20 years before being put to sleep on 14 November 1939."

Calculating a dog's age in human years isn't as simple as multiplying by 7 (the common equation). Among the factors that come into play are breed and size (smaller dogs often live longer than larger ones). Pedigree has a "dog age calculator" posted here. Pusuke's age is off its chart.