Accessibility links
Netherlands Apologizes To Indonesia For 1947 Massacre : The Two-Way The massacre killed at least 150 boys and men. In September, The Hague issued a landmark ruling that held the Dutch responsible for the deaths.

Netherlands Apologizes To Indonesia For 1947 Massacre

Netherlands Apologizes To Indonesia For 1947 Massacre

We were immediately struck by this picture: 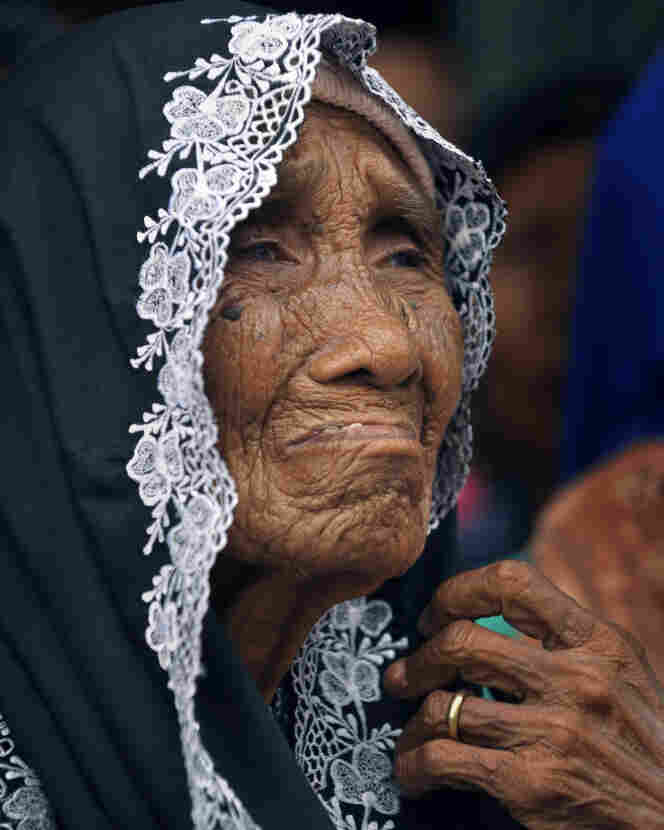 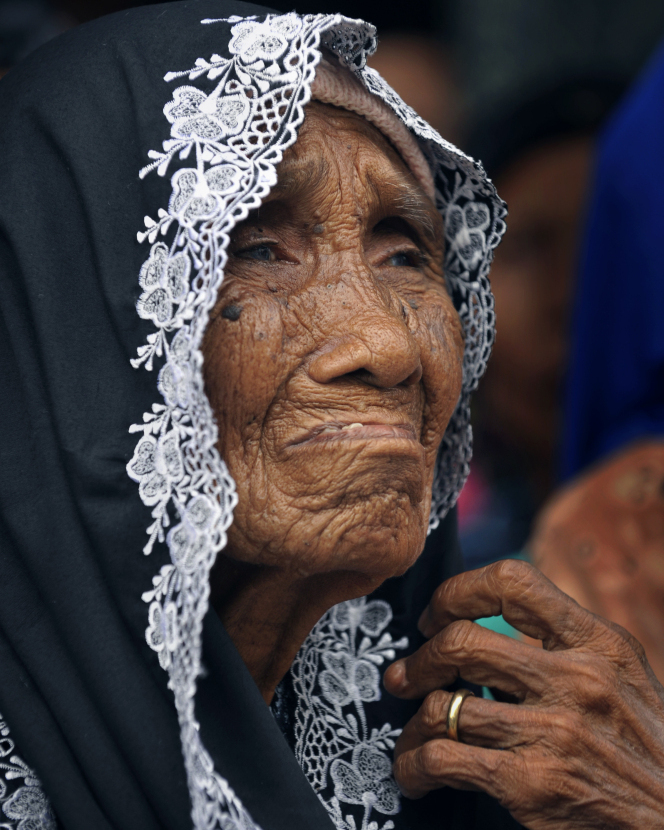 Indonesian widow Wanti Dodo, 93, whose husband Enap was killed during the 1947 massacre in Rawagede by Dutch troops.

It's of Wanti Dodo, 93, an Indonesian woman who lost her husband in a 1947 massacre. Dodo was in the audience in Rawagede, West Java when the Netherlands offered an official apology to Indonesia, today.

The Dutch ambassador to Indonesia Tjeerd de Zwaan apologized for the massacre that killed at least 150 boys and men. The Jakarta Globe provides a bit of history:

"The apology comes on the anniversary of the Dec. 9, 1947, massacre after a long legal battle by survivors and widows.

"Dutch troops entered Rawagede during Indonesia's war for independence. They killed men and boys as young as 13 as their families and neighbors were forced to looked on.

"Dutch officials claim 150 people were killed, but activists and locals say the death toll was 431.

"The apology follows a landmark ruling at a civil court in The Hague in September, which ruled the Dutch state was responsible for the executions."

The Guardian has posted this video of the ceremony: