Accessibility links
Sour Notes: Thieves Target Tubas, Sousaphones : The Two-Way High prices for the instruments and the banda music craze have combined to make tubas hot properties. Some schools are now without any.

What A Sour Note: Thieves Target Tubas In Southern California

What A Sour Note: Thieves Target Tubas In Southern California 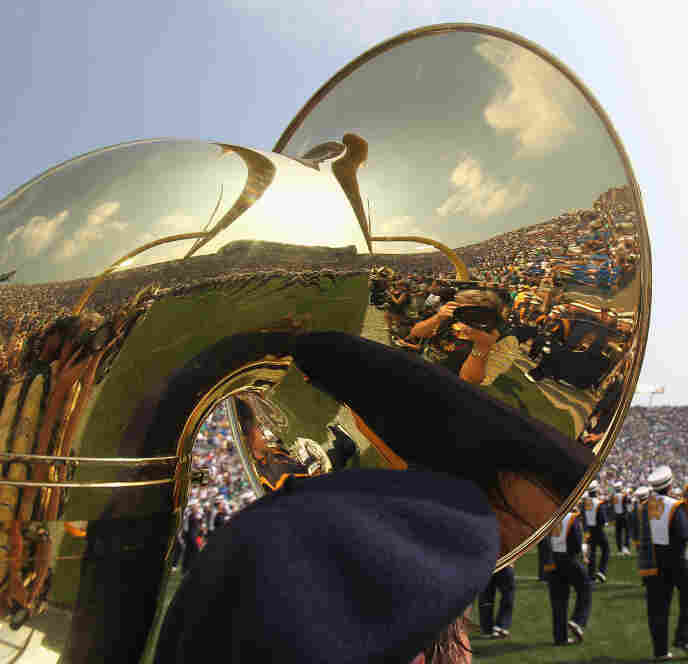 Who knew the big horn could be so valuable? Jonathan Daniel/Getty Images hide caption 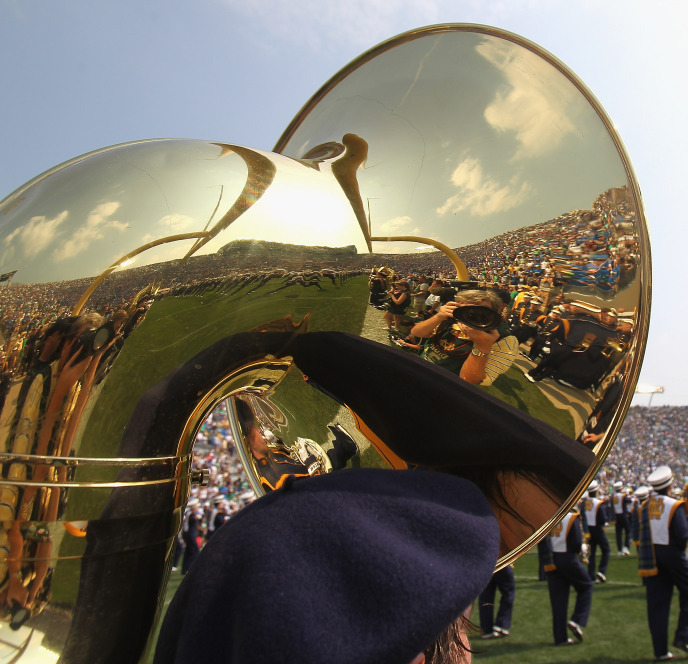 Who knew the big horn could be so valuable?

The high prices they command on the black market and "Southern California's banda music craze" have combined to make tubas a hot property, the Los Angeles Times writes today.

Hot, that is, in the sense that there's been a recent "rash of unsolved tuba thefts at high schools in southeast Los Angeles County."

One school lost "an upright concert tuba and a silver sousaphone — or marching-band tuba — worth a combined $13,000." At another, eight sousaphones disappeared. Last week, someone stole Huntington Park High School's last tuba.

And how much are they worth? According to the Times, "a high-quality tuba can cost well more than $5,000, but even an old, dented tuba can sell for as much as $2,000, music teachers say."

As for banda, the Times says:

"Targeted schools are in an area with a very large Mexican immigrant population and where banda — dance music played by brass and woodwind instruments and anchored by the tuba — is king. Sierreno groups — with an accordion, guitar and tuba — have also become popular in recent years. Banda musicians say tuba players can earn more than $100 an hour."