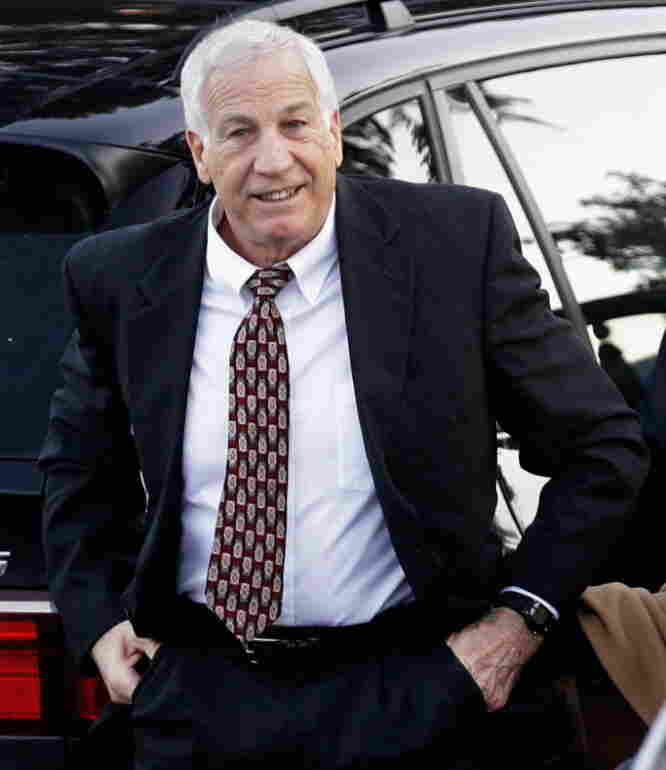 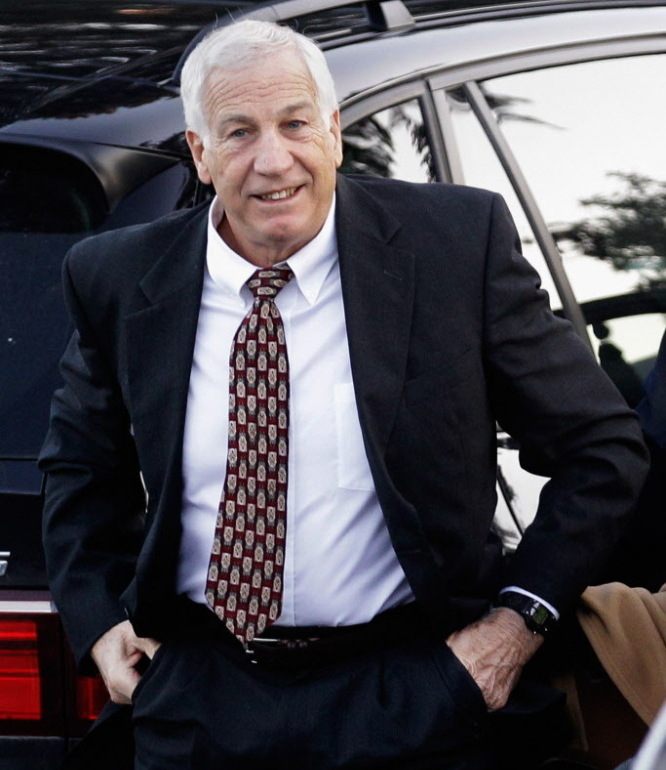 Jerry Sandusky, the former Penn State assistant football coach who faces more than 50 charges of sexually abusing at least 10 young boys over more than a decade, this morning waived his right to a preliminary hearing about the case against him.

The decision was a surprise. Before the court proceeding, it had been widely anticipated that at least some of Sandusky's accusers would be in court today and have to testify about what he allegedly did.

On CNN, legal contributor Paul Callan just said that Sandusky's decision to waive today's hearing could be a sign that he and his attorney will seek some sort of a plea deal. A preliminary hearing, Callan said, gives the defense the chance to question accusers. Waiving that right could be a sign that the defense doesn't want that testimony to happen.

Sandusky, though, has insisted he is innocent and his attorney has said in recent days that there have been no talks about a plea deal. And as he left the court today, Sandusky told reporters he is still looking forward to the chance to present his side of the story.

One effect of Sandusky's decision to waive today's hearing: If the case does go to trial, his accusers will now only have to testify once — likely a great relief to them.

Sandusky remains free on bail. He's subject to electronic monitoring. According to Harrisburg's Patriot-News, his next court day is Jan. 11, when he will be formally arraigned.

Joseph Amendola, Sandusky's attorney, just told reporters at the courthouse that his client will "stay the course" and continue to defend himself against the accusations. The decision to waive a preliminary hearing, he said, was a "tactical measure" aimed at avoiding having the allegations against Sandusky repeated.

Well, after all the anticipation and talk that Jerry Sandusky's accusers would be testifying against him today at a preliminary hearing about the dozens of sexual abuse charges against the former Penn State assistant football coach, there's this news from NPR's Jeff Brady:

"That was short. Sandusky hearing over — he waived his right to a preliminary hearing."

A courtroom in the small town of Bellefonte, Pa., is the center of much attention this morning.

"The stunning allegations that a beloved icon of Penn State's football team has secretly been a serial molester who used his charity for children to find and groom new victims will undergo their first legal test Tuesday. ... Prosecutors will try to prove they have enough evidence to advance the case to county court for trial."

NPR's Jeff Brady, reporting from State College, Pa., tells our Newscast Desk that "the preliminary hearing can and in this case likely will include calling witnesses."

So former Penn State assistant football coach Jerry Sandusky, who faces more than 50 criminal counts involving the suspected sexual abuse of at least 10 young men over the course of more than a decade, will likely be facing at least some of his alleged victims. Sandusky, 67, has said he's innocent.

According to Harrisburg's The Patriot-News, which has been ahead of other news outlets on the Penn State scandal story:

"Reporters who are credentialed to attend Jerry Sandusky's preliminary hearing are now being allowed to access email, text and tweet. The judge who first ruled to ban all transmission from the courtroom changed his mind [Monday] afternoon and decided to allow credentialed media to use the Internet."

The newspaper is among the news outlets that plan to post live updates as the hearing happens. NPR's Brady will be posting his updates here. The hearing is scheduled to start at 8:30 a.m. ET. We'll watch for news and post any highlights.

The Patriot-News also reports today that while "it might seem like Jerry Sandusky is the most hated man in the world ... in the rural central Pennsylvania valley where Penn State's water tower is one of the tallest structures, Sandusky still has supporters."

The scandal cost both Penn State head football coach Joe Paterno and school President Graham Spanier their jobs after a grand jury reported that they had been warned about some of Sandusky's alleged actions, but did not inform police. Neither Paterno nor Spanier have been charged with a crime, but two other Penn State officials do face charges of lying to the grand jury and failing to alert authorities about the alleged abuses.

Update at 8:30 a.m. ET: The hearing is about to begin. Jeff Brady is inside and is posting updates. Sandusky, he says, is "wearing a dark suit — looking around — but not talking to anyone."