Accessibility links
Report: Homelessness Among Children Up 38 Percent Since 2007 : The Two-Way More than 1.6 million American children were homeless at some point in 2010, the nonprofit National Center on Family Homelessness reports today.

Report: Homelessness Among Children Up 38 Percent Since 2007

Report: Homelessness Among Children Up 38 Percent Since 2007 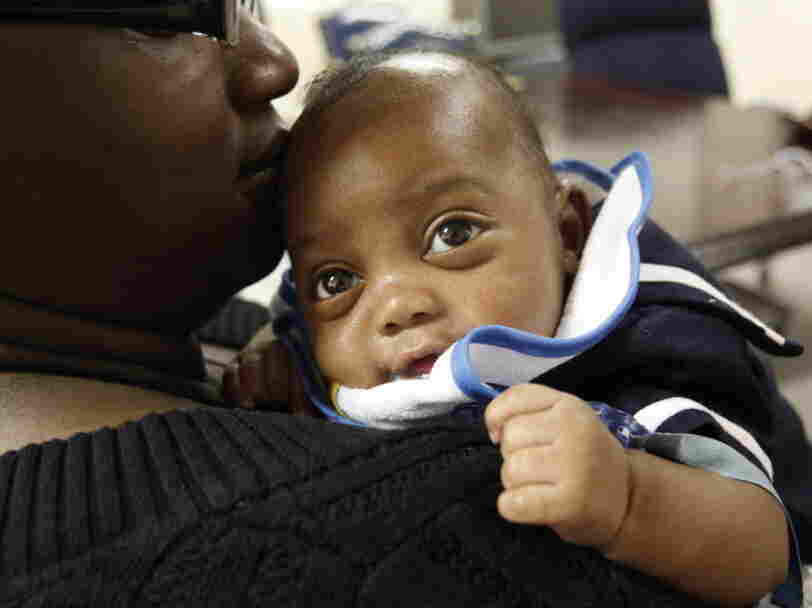 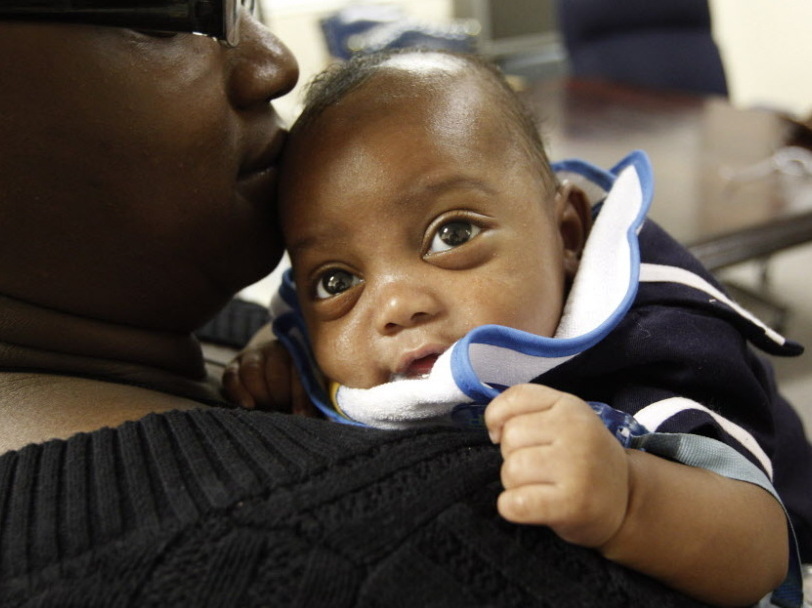 Angelic Davis, with her three-month-old son Richard Williams IV at a homeless shelter in Dallas on Monday (Dec. 12, 2011).

More than 1.6 million American children were homeless at some point in 2010, the nonprofit National Center on Family Homelessness reports today, adding that the number is about a 38 percent increase from 2007.

The figure, which includes children under the age of 18 who are living with one or more parents or caregivers on the streets, in shared housing because of "economic hardship" and in "emergency or transitional shelters," underscores how the recession that began in late 2007 "has been a man-made disaster for vulnerable children," Ellen L. Bassuk, founder of the national center, says in a statement.

"There are more homeless children today than after the natural disasters of Hurricanes Katrina and Rita, which caused historic levels of homelessness in 2006. The recession's economic devastation has left one in 45 children homeless in a year."

Bassuk tells NPR's Pam Fessler that the children are a "very traumatized group of kids" who face challenges such as hunger, poor health and lower educational achievement. About one-quarter of the children attend three or more schools in a year.

"Paints a bleaker picture than one by the Department of Housing and Urban Development, which nonetheless reported a 28 percent increase in homeless families, from 131,000 in 2007 to 168,000 in 2010. Dennis Culhane, a University of Pennsylvania professor of social policy, says HUD's numbers are much smaller because they count only families living on the street or in emergency shelters."