Accessibility links
Christmas Stamps Are OK; Christmas Carols? Not At The Post Office : The Two-Way When a trio of carolers were asked to leave a post office in Maryland, the whole "war on Christmas" debate had another flashpoint. But USPS isn't exactly anti-Christmas, as its annual holiday stamps show.

Christmas Stamps Are OK; Christmas Carols? Not At The Post Office

Christmas Stamps Are OK; Christmas Carols? Not At The Post Office 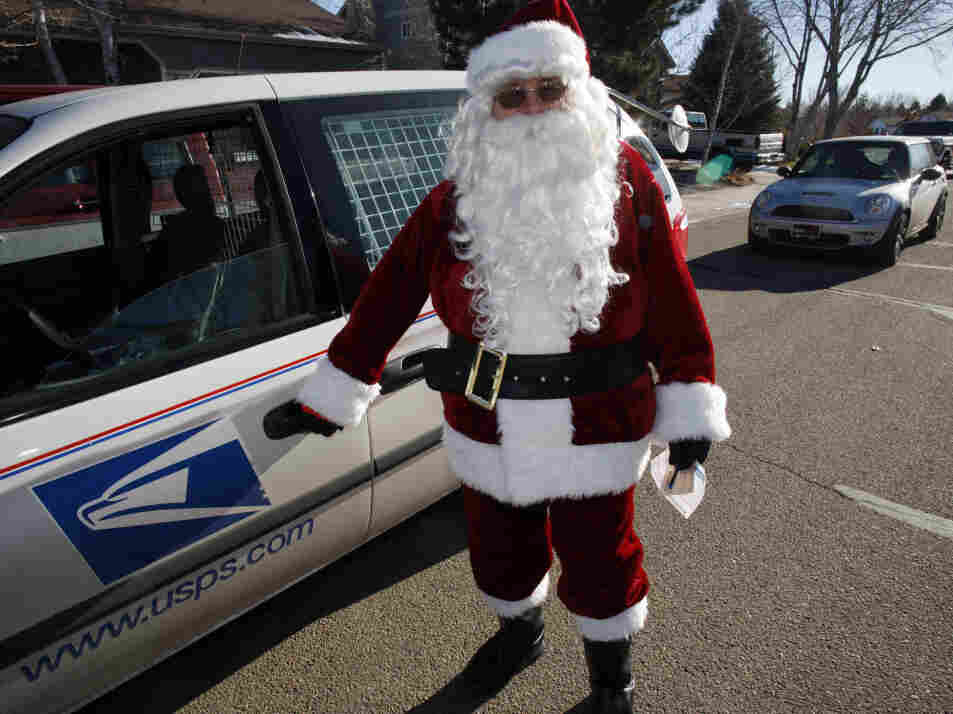 If the Post Office is part of the "war on Christmas," someone should tell him: Doug Fischer, a letter carrier in Aurora, Colo., during the 2008 holiday season. David Zalubowski/AP hide caption 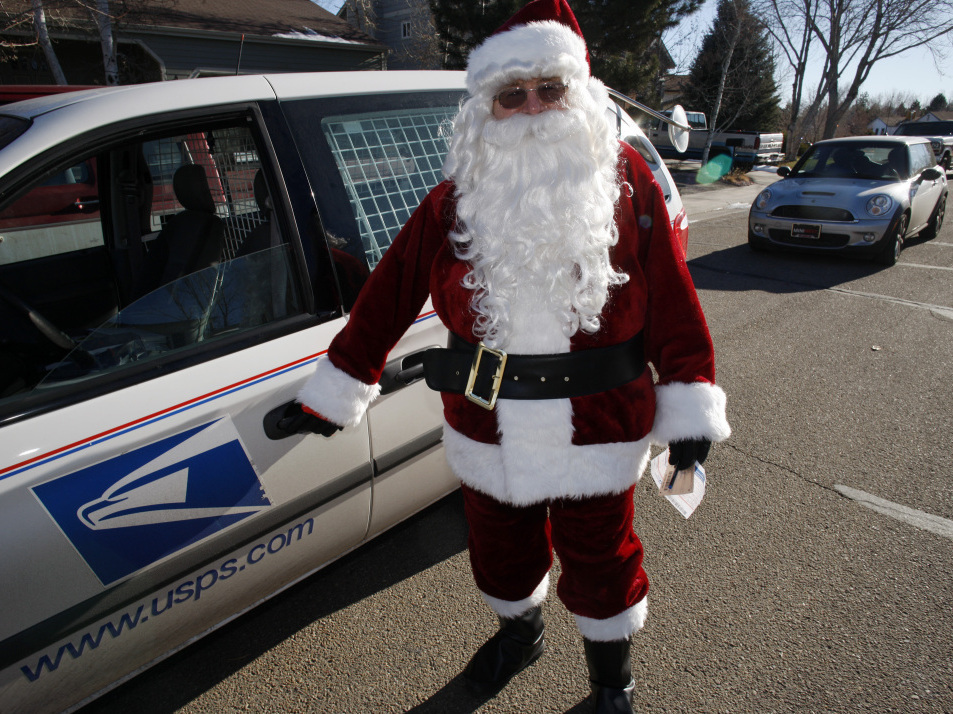 If the Post Office is part of the "war on Christmas," someone should tell him: Doug Fischer, a letter carrier in Aurora, Colo., during the 2008 holiday season.

There's been some consternation on the Web about what happened this weekend at a post office in Silver Spring, Md., when three Christmas carolers — all decked out in shawls, bonnets and a top hat (for the guy) — popped in and started singing.

It seems that one of the USPS managers on duty jumped into action, telling the trio that they couldn't do that because they were on government property.

J.P. Duffy, a spokesman for the conservative Family Research Council, happened to be among the customers in line at the time. He told the tale on the FRC's blog. And he added this view:

"Over the last several years, we have watched militant secularists team up with federal bureaucrats in the effort to sterilize the public square of anything remotely connected to anything religious. This postal manager has clearly received the memo which has led him to stamp out Christmas caroling. But I have my own memo to all the Christmas carolers out there. Let's not surrender to the secularist version of Christmas future. Let's hold onto Christmases of past and do our part to pass that on to our children."

Duffy wants those who agree with him to tell the Post Office to let such people sing.

For its part, as the local Gazette.Net reports, the Postal Service basically says rules are rules:

Duffy (and Fox News) seem to see this as another skirmish in the "war on Christmas" (the url for Fox's story even has "war-christmas" in it: http://nation.foxnews.com/war-christmas/2011/12/12/post-office-bans-christmas-carolers).

But the Post Office also sells some of the most Christmassy stamps you can imagine. And many of its mail carriers aren't shy about getting all ho-ho-happy around the holidays.

War on Christmas? Feel free to discuss in the comments thread.