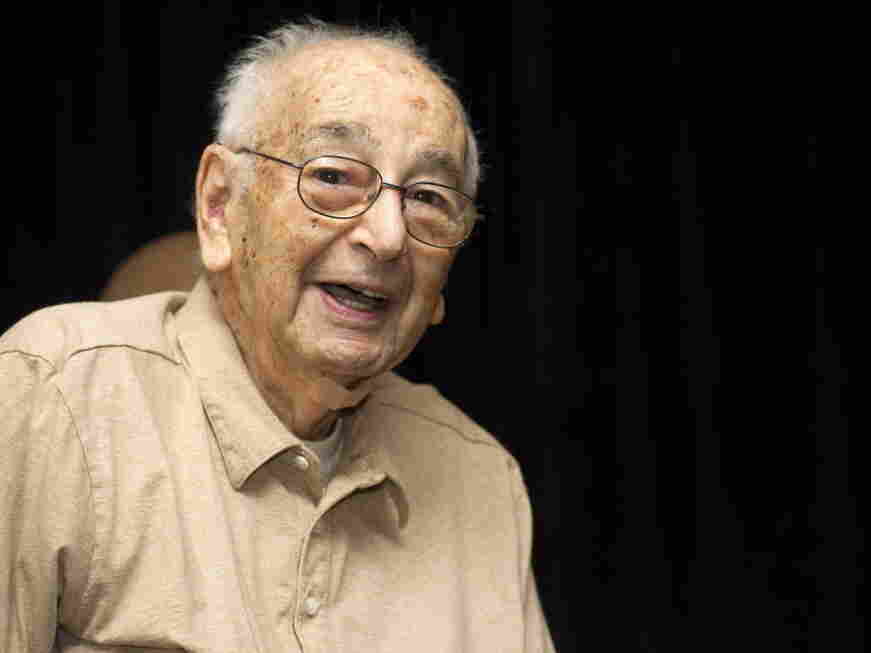 Joe Simon, co-creator of Captain America, in October. He died this week at the age of 98. Charles Sykes/AP hide caption 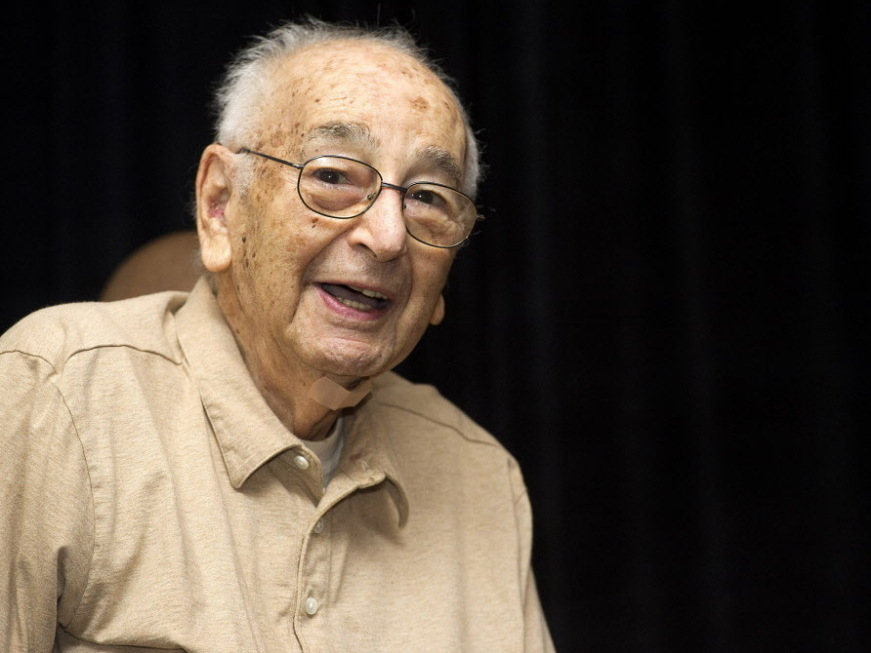 Joe Simon, co-creator of Captain America, in October. He died this week at the age of 98.

Joe Simon, who together with illustrator Jack Kirby created the iconic Captain America comic book hero in 1940, has died.

According to The Associated Press, "Simon's family relayed word of his death Thursday, posting a short statement on Facebook and telling The Associated Press through a spokesman that the 98-year-old Simon died Wednesday night in New York City after a brief illness."

"Simon was one of the revered figures in comics — the writer-artist who could do it all, and had done it all. From horror comics to ad­ven­ture comics, he brought craft and care and intelligence to his work."

This past summer, Comic Riffs interviewed Simon. Of Captain America, he said:

"Back then, the world was a dangerous place, because of the things that were happening in Europe and Asia. So the audience was hungry for heroes. ... Captain America has to be one of my proudest accomplishments."

His legacy extends well beyond Captain America, though. He and Kirby, the AP notes, "worked hand-in-glove for years and from their fertile imaginations sprang a trove of characters, heroes, villains and misfits for several comic book companies in their Golden Age of the 1940s, including Timely, the forerunner of today's Marvel Comics; National Periodicals, the forerunner of DC; and Fawcett, among others."

Simon, who was born in Rochester, N.Y., also gave a young man named Stan Lee one of his first breaks. Lee, as Talk of the Nation's Neal Conan has put it, was co-creator of "Spider-Man, The Fantastic Four, The Hulk, The X-Men, Iron Man and too many others to name."