Accessibility links
Scores Dead In Syria; Thousands Of Women Protest In Egypt : The Two-Way The women were protesting the brutal beating of various women by military forces during demonstrations.

Scores Dead In Syria; Thousands Of Women Protest In Egypt

Scores Dead In Syria; Thousands Of Women Protest In Egypt 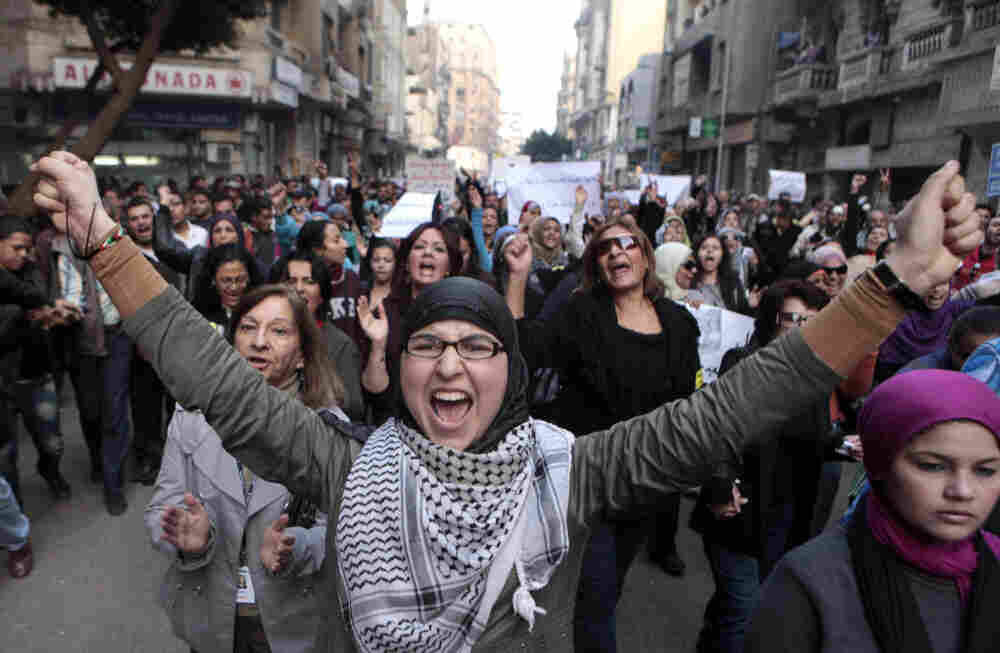 Hundreds of Egyptian women march at Cairo streets, angered by the recent violence used against them in clashes with police. Amr Nabil/AP hide caption 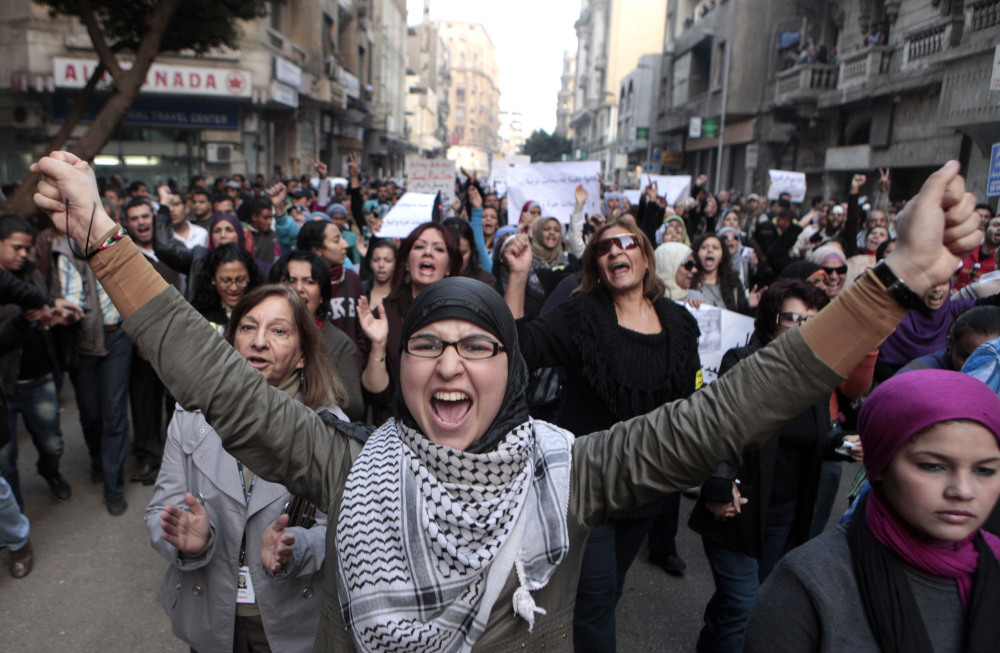 Hundreds of Egyptian women march at Cairo streets, angered by the recent violence used against them in clashes with police.

A day after Syria said it would allow Arab League observers into the country, the deadly clashes with government forces continued. Al Arabiya reports that activists said at least 100 Syrian army defectors were killed or wounded and 36 people were killed in clashes with police.

For nine months, now, protesters have been taking to the streets to demand an end to the rule of President Bashar Assad. But Assad has responded with force, killing at least 5,000, according to the United Nations. Assad has also resisted international pressure to call a cease fire and step down.

Reuters reports that the Arab League is making progress on getting observers into the country:

"Arab League Secretary-General Nabil Elaraby told Reuters in Cairo that an advance team would go to Syria on Thursday, with the 150 monitors due to arrive by end-December.

"'It's a completely new mission ... and it depends on implementation in good faith,' he said.

"Syria stalled for weeks before signing a protocol on Monday to accept the monitors who will check its compliance with an Arab plan for an end to violence, withdrawal of troops from the streets, release of prisoners and dialogue with the opposition."

In other news from the region, protests continued in Egypt today, where people are demanding an end to military rule. Notably, thousands of women protested against the "brutal treatment" of women by military forces.

The demonstrations come after a video emerged from a protest on Saturday that shows police officers beat a woman with batons and then kick her repeatedly, while she lies motionless on the street.

The Guardian reports on the scene in Cairo:

"The women rallied outside a government office complex in Tahrir Square, the scene of violent clashes earlier on Tuesday in which at least four demonstrators were shot dead by military police.

"Dozens of men joined the demonstration out of sympathy with the women. They acted as a protective cordon and chanted: 'Egyptian women are a red line.'"

The Telegraph adds that today The Supreme Council of the Armed Forces issued a statement expressing "regret" over the "transgressions" that occurred during the protests.

Reuters has put together this video from the protest: