Accessibility links
Survey: U.S. Takes Top Spot As Most Charitable Nation : The Two-Way The global survey looked at monetary giving, volunteering and helping of strangers. The U.S. came out on top, after ending up in fifth place last year. 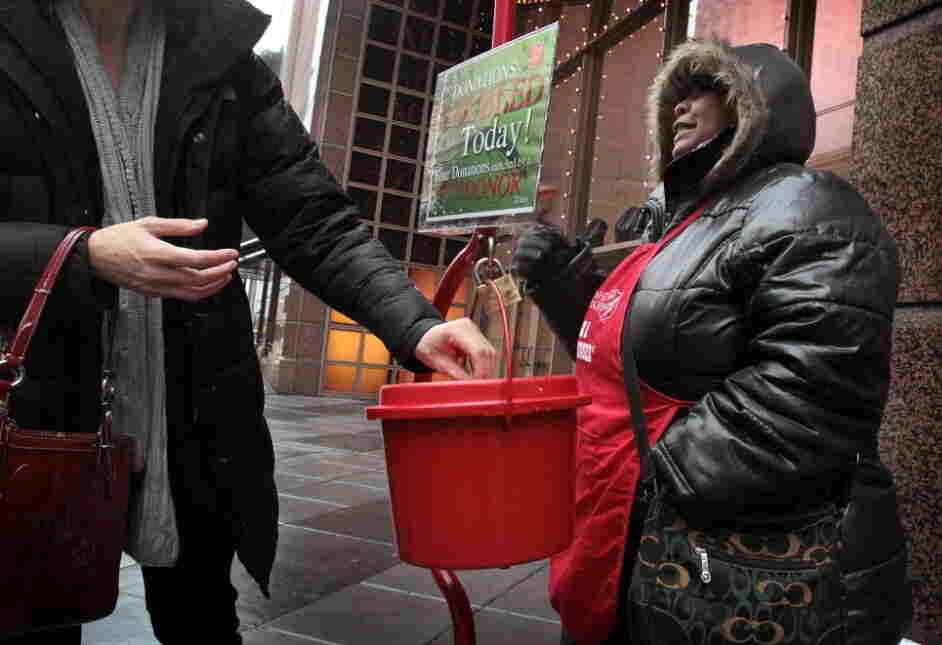 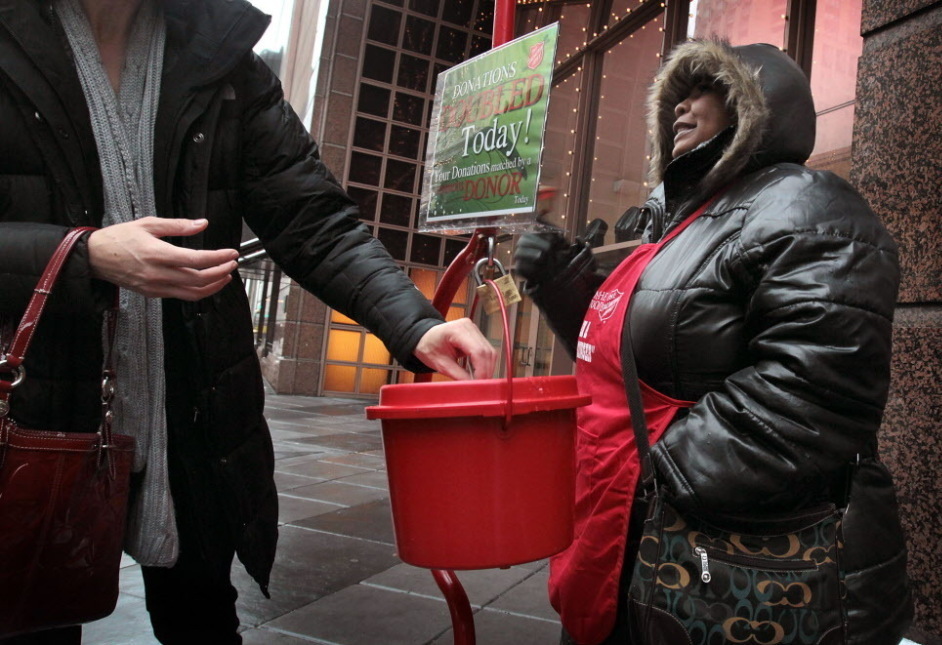 Antionette Levi solicits donations for the Salvation Army in Chicago.

Despite the gloomy economic situation, the United States has become the world's most generous nation, according to this year's Charities Aid Foundation's World Giving Index.

The U.S. came out on top after being ranked fifth last year.

"Overall the World Giving Index demonstrates that the world has become a more charitable place over the last 12 months — with a 2 percent increase in the global population 'helping a stranger' and a 1% increase in people volunteering," CAF said in its press release.

The Washington Post has a bit more detail on the survey:

"The survey relied on data from the Gallup polling organization, and asked whether people had donated money (two-thirds of Americans), volunteered their time (43 percent) or helped a stranger in the preceding month (73 percent).

"The survey's authors noted that charitable behavior is not correlated with wealth. Of the 20 countries that the World Bank ranks richest by gross domestic product, only five made it into the top 20 of the index."

The organization has put together an interesting world map that uses its index. In it, for example, you notice that Haiti is ranked 59th, despite it being the poorest country in the Western Hemisphere.