Accessibility links
Payroll Tax Cut's Last Hurdle Cleared: House Gives 'Unanimous Consent' : The Two-Way As with everything happening in Congress these days, the deal reached Thursday to pass a 2-month extension of a payroll tax cut and jobless benefits for the long-term unemployed wasn't a "done deal" until one more step was taken. 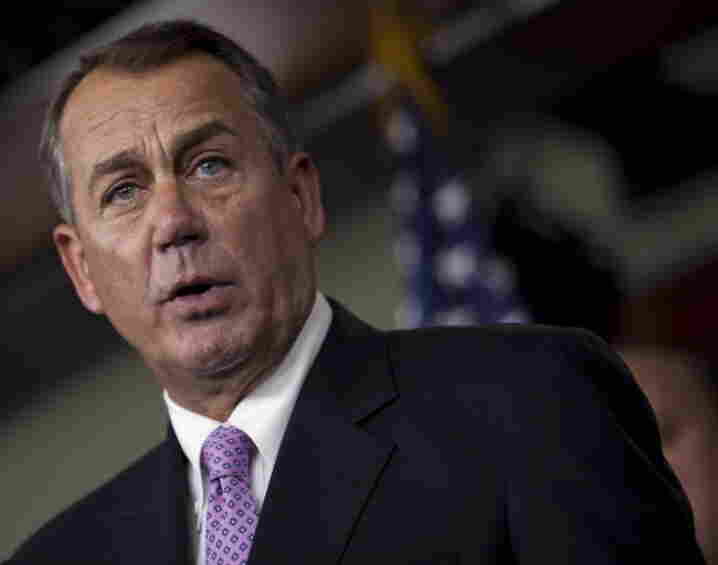 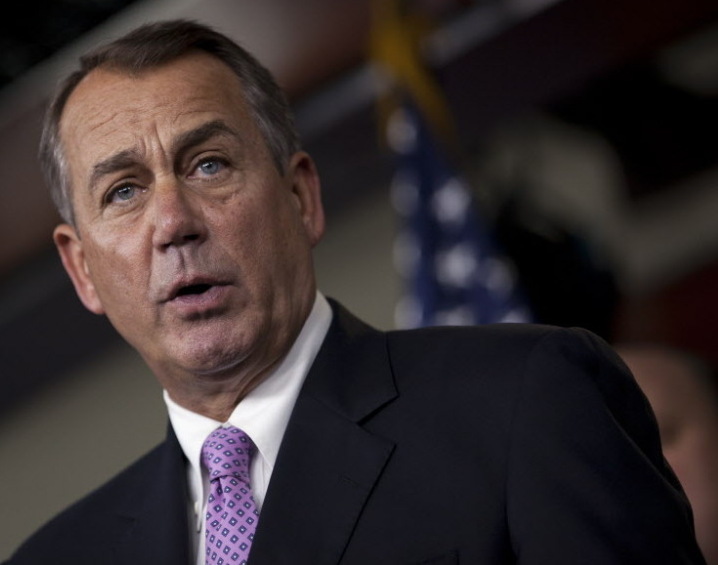 Marking the end of the latest pitched political battle in Washington, President Obama said this afternoon that Congressional approval of measures to extend for another two months a payroll tax cut and benefits for the long-term unemployed is "good news just in the nick of time for the holidays."

"I said it was critical for Congress not to go home without preventing a tax increase" and the expiration of the long-term jobless benefits, Obama said, "and I'm pleased to say they've got it done."

He then repeated that after the holidays he wants Congress "to keep working, without drama, without delay, to reach an agreement that extends this tax cut as well as long-term unemployment insurance, through all of 2012."

The president also repeated his oft-cited estimate that the payroll tax cut means an extra $40 in every paycheck for a typical family.

We followed the day's news on the extension and its approval today. Read through to see how the story developed.

As with everything happening in Congress these days, the deal reachedThursday to pass a 2-month extension of a payroll tax cut and jobless benefits for the long-term unemployed isn't a "done deal" just yet.

And for it to be "done" later today will require the "unanimous consent" of House members — something that sounds rather daunting as one of the most partisan years in recent memory draws to a close.

As Politico wonders this morning, the key question is: "Will House frosh comply?"

"At least two House freshmen [have] left open the possibility that they would object to the unanimous consent to extend the tax holiday by two months while congressional conferees work out a year-long deal," Politico reports. They are Rep. Mo Broooks (R-Ala.) and Rep. Mike Kelly (R-Pa.).

Basically, as CBS News explains, the plan is for a few of the House members who haven't already left Washington for the holidays to meet in the Capitol this morning and move to pass the extensions by "unanimous consent." It's a procedure that allows things (usually those that aren't controversial) to be passed so long as no lawmaker stands up to object.

If all goes as planned, the very slightly tweaked package also get "unanimous consent" from the Senate (where there is strong, bipartisan support and it's already been approved once).

But if any House member decides he or she doesn't like the deal, then the full House would have to reconvene — probably next week — for a roll call vote.

We'll keep an eye on what's happening and report back.

Earlier today, NPR's Tamara Keith talked with Morning Edition host Renee Montagne about the deal and the reversal by House Republicans who had opposed it.

In a procedure that look about one minute, the Senate by "unanimous consent" just agreed to the plan. Majority Leader Harry Reid (D-Nev.) and Sen. Mark Warner (D-Va.) where there. Reid read the language of the measure. Warner, who was presiding, lowered the gavel after there was no objection. The House is expected to open at 10 a.m ET.

Update at 10:06 a.m. ET: The House of Representatives just approved the deal reached Thursday to extend both the payroll tax cut and jobless benefits for the long-term unemployed.

We explained earlier that the measure was to be passed by "unanimous consent," which basically means that unless a member stood up to object it would be approved. There were no such objections.

Earlier, as expected, the Senate also approved the plan by "unanimous consent."