Accessibility links
U.S. Defiant As Iran Threatens Its Aircraft Carrier : The Two-Way The tension has made the commodities market jittery. The price of oil jumped to more than $101 a barrel on the news. 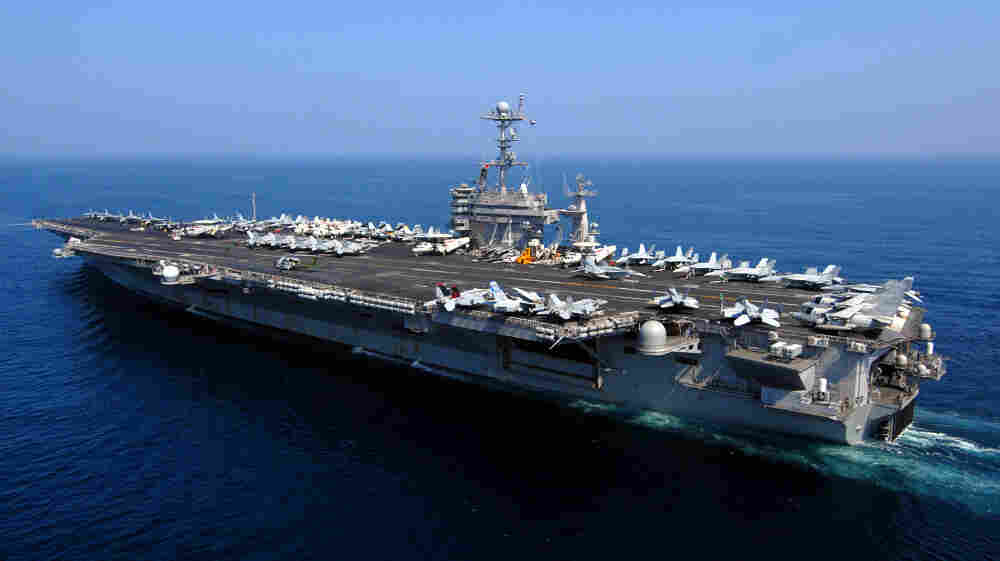 Iran claims the USS John C. Stennis has entered a zone near the Strait of Hormuz, which is being used by the Iranian navy for wargames. Ronald Reeves /AFP/Getty Images hide caption 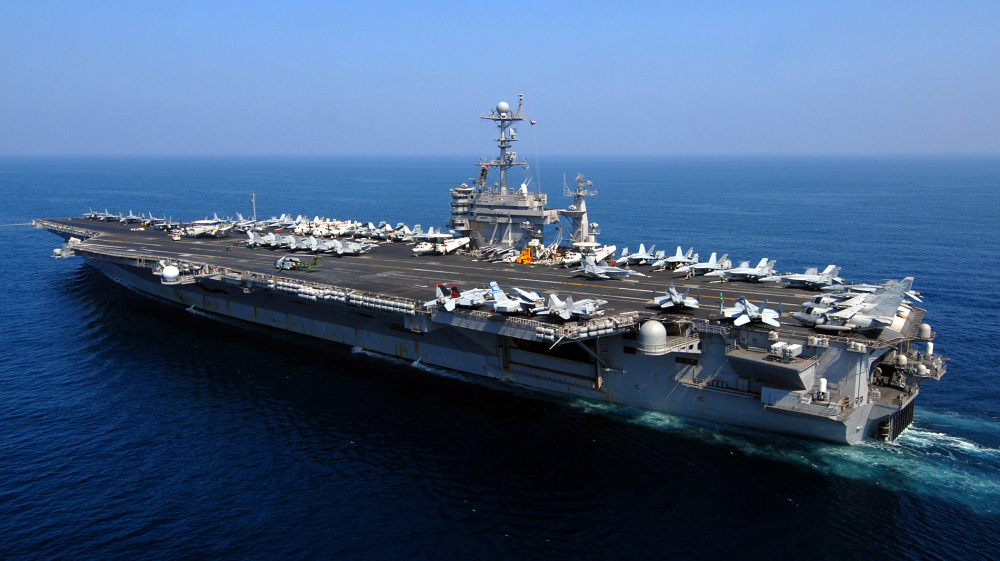 Iran claims the USS John C. Stennis has entered a zone near the Strait of Hormuz, which is being used by the Iranian navy for wargames.

Iran issued a threat to a U.S. aircraft carier, today, which further complicates the tense relationship between the two countries. The threat comes just a day after Iran performed naval maneuvers in the Strait of Hormuz. As Mark reported, yesterday, Iran also claimed that it had made a nuclear fuel rod and had "successfully test-fired a new long-range coast-to-sea missile called Qader [Capable]."

The Iranians have threatened to shut down the Strait of Hormuz, a key pathway for oil, in retaliation for new sanctions from the United States.

"'Iran advises, recommends and warns them [the US] not to move its carrier back to the previous area in the Gulf because Iran is not used to repeating its warnings and warns just once,' the semi-official Fars news agency quoted Maj Gen Salehi as saying.

"It added that Maj Gen Salehi said Tehran was not going to take 'any unreasonable' action, but was 'ready to counter any threat'."

The United States was defiant. A military spokesman told Reuters the country had no plans to curtail its deployments.

"These are regularly scheduled movements and in accordance with our long-standing commitments to the security and stability of the region and in support of ongoing operations," Cmdr. Bill Speaks told Reuters. "The U.S. Navy operates under international maritime conventions to maintain a constant state of high vigilance in order to ensure the continued, safe flow of maritime traffic in waterways critical to global commerce."

The war of words did have a direct effect on the commodities market. The AP reports that the price of oil jumped to more than $101 a barrel.

"The ever-growing frequency of intense saber-rattling and muscle flexing between Iran and the U.S. should keep the markets jittery and vulnerable to sudden price jumps," analysts at JBC Energy in Vienna told the AP.

If you remember the latest tensions stem from a U.N. report that found that Iran has worked and may be working on attaining nuclear weapons. Since the report was released in November, the United States has pushed for stiffer sanctions against Iran, which has always maintained its nuclear ambitions are peaceful.