Accessibility links
Bucking GOP, Obama Will Appoint Consumer Agency Chief : The Two-Way The White House said it would sidestep the Senate and appoint Richard Cordray as head of the Consumer Financial Protection Bureau, while the Senate is out of town. 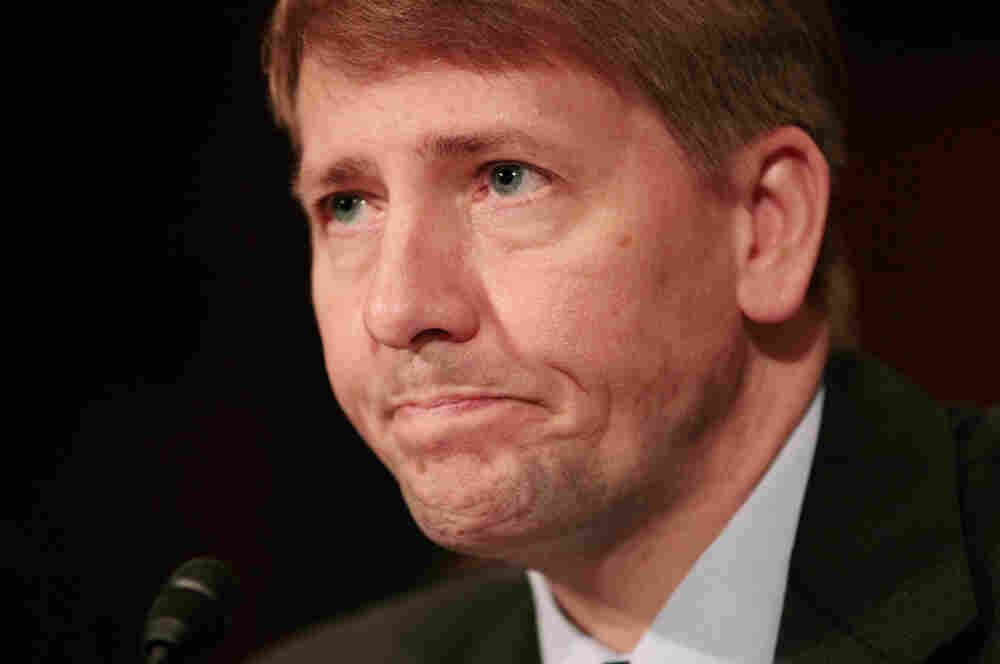 Richard Cordray testifies during his confirmation hearing on Capitol Hill in September. His nomination to head the consumer watchdog agency was blocked by Senate Republicans. Chip Somodevilla/Getty Images hide caption 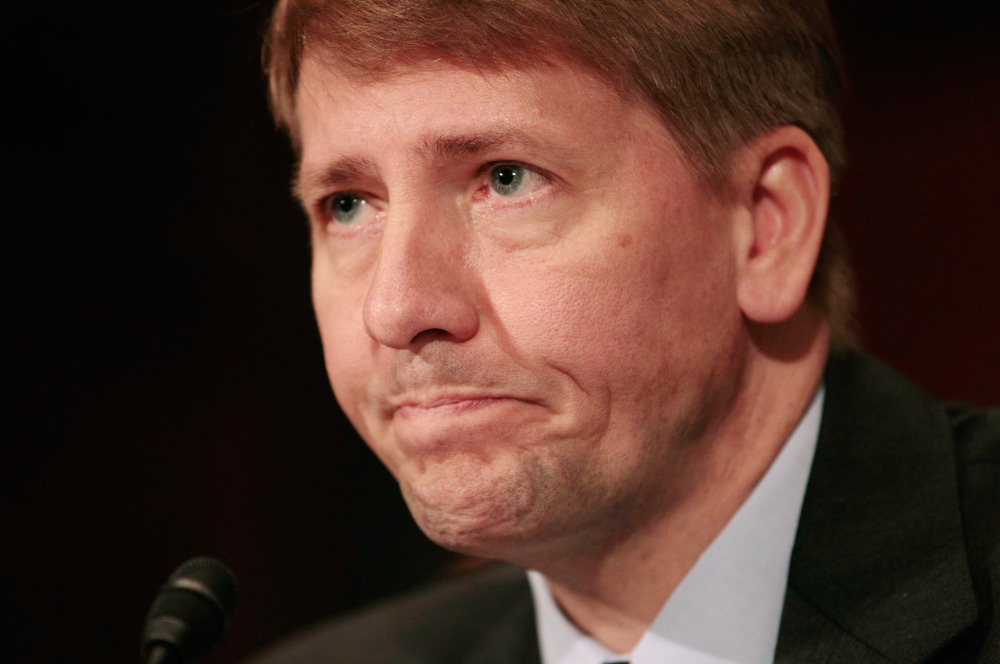 Richard Cordray testifies during his confirmation hearing on Capitol Hill in September. His nomination to head the consumer watchdog agency was blocked by Senate Republicans.

President Obama will use what's known as a recess appointment to name Richard Cordray the head of the country's new consumer watchdog agency.

White House spokesman Dan Pfeiffer announced via Twitter that the White House would be circumventing Senate approval, confirming the Associated Press' earlier story. Now, as the AP writes, this is a "display of executive power" that will most certainly "cause an uproar from Capitol Hill to Wall Street."

What's going on is that the Senate has scheduled a pro-forma session every third day. Under a Clinton-era Justice Department interpretation, the president can only make a recess appointment if the Senate is gone more than three days. The Hill published a great explainer piece today. What Obama announced today, reports The Hill, will break "20 years of precedent."

The AP adds that the decsion also amounts to calling the pro-forma sessions "a sham." The AP reports:

"The White House is expecting considerable criticism and perhaps a court challenge, but says Obama was left with little choice to get the consumer agency fully running after months of stalemate.

"Acting right after Tuesday's GOP presidential caucuses in Iowa, Obama is seeking to grab attention and show voters that he will advocate for the middle class no matter what the opposition. It is his most bare-knuckle initiative so far in his campaign of taking action without waiting for Congress.

"Obama planned to announce his decision later Wednesday during an economic event in Cordray's home state of Ohio, with Cordray along with him."

As Mark reported in December, Republicans in the Senate had banded together to block Cordray's appointment to the Consumer Financial Protection Bureau.

The agency was created as part of the Dodd-Frank financial regulation act. The president says it's intended to prevent another financial collapse by, among other things, policing predatory lending practices. As ABC News reported back in July, the fight with the Senate has been long, dating back to contentious hearings with Elizabeth Warren, who is running for a Senate seat now, but helped get the agency going.

As we said earlier, this move is sure to be controversial. Speaker John Boehner issued a scathing rebuke:

"This is an extraordinary and entirely unprecedented power grab by President Obama that defies centuries of practice and the legal advice of his own Justice Department. The precedent that would be set by this cavalier action would have a devastating effect on the checks and balances that are enshrined in our constitution."

Ezra Klein, over at the Washington Post, tries to get an answer to the question, "Is the move legal?". He reports that it's complicated:

"'The crux of the matter here is that the Constitution doesn't tell us what constitutes a recess,' explains Sarah Binder, a political scientist at George Washington University. The practice of recess appointments has mainly worked off precedent, particularly a 1993 Justice Department memo suggesting that Congress has to be in recess for longer than three days before an appointment can be made. 'But there's no constitutional source to go back to,' says Binder. Either way, Republicans could well take this to court — a route Democrats tried unsuccessfully in 2004 when George W. Bush recess-appointed William Pryor to the 11th Circuit Court of Appeals."