Accessibility links
Pentagon Says Two-War Strategy Not Likely To Be Scrapped : The Two-Way Contrary to other reports, officials say that the Obama administration's new review won't do away with the requirement that the military always be ready to fight two wars.

Pentagon Says Two-War Strategy Not Likely To Be Scrapped

Pentagon Says Two-War Strategy Not Likely To Be Scrapped 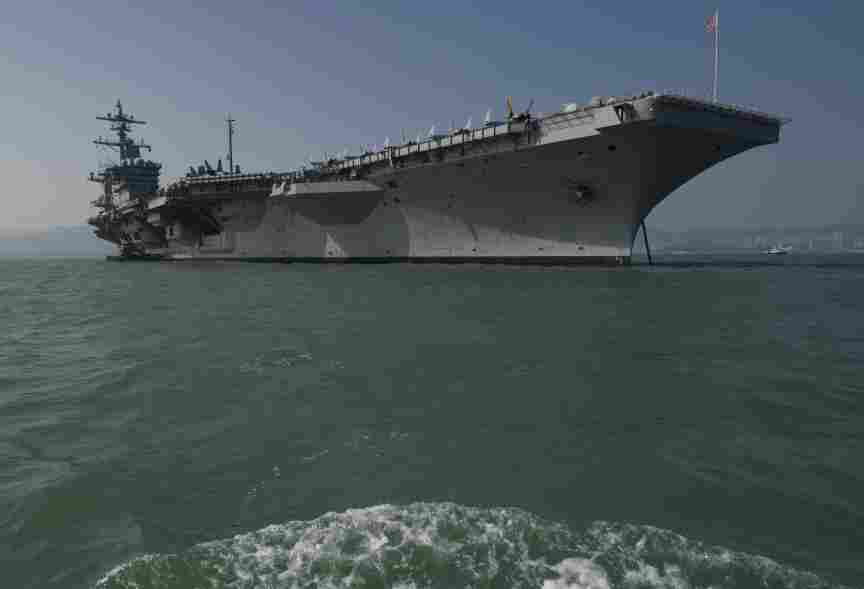 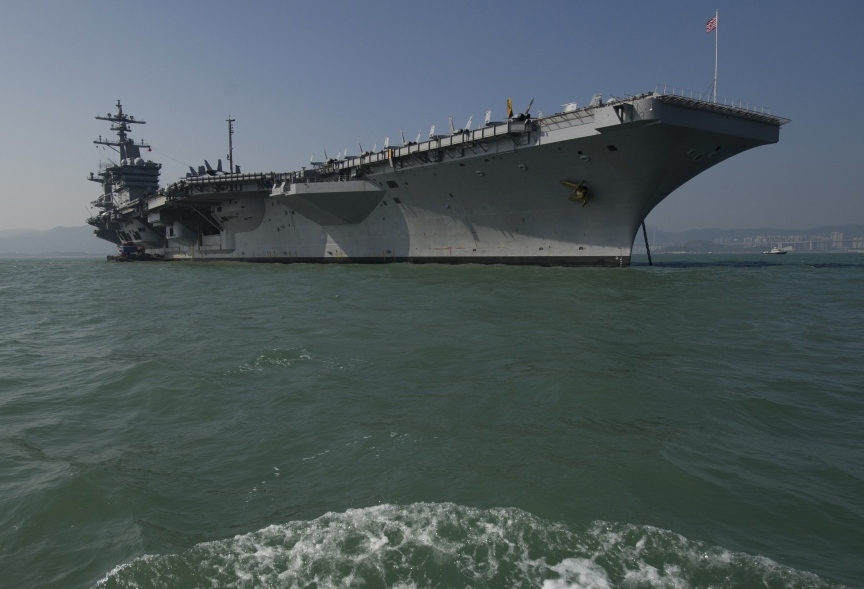 Among the stories about today's unveiling of the Obama administration's new defense strategy is a New York Times report that says projected cuts in the number of Army troops would mean the military would no longer "be able to carry out two sustained ground wars at one time, as was required under past national military strategies."

Instead of continuing the so-called two-war strategy, the Times continues, "the military would be required to fight and win one war, spoil the military aspirations of another adversary in a different region of the world, and all the while be able to conduct humanitarian relief operations and other contingencies, like continuing counterterrorism missions and enforcing a no-fly zone."

"Officials tell NPR the Pentagon is unlikely to scrap the two-war scenario. Part of it is politics, they say: The White House doesn't want to make the president look weak on defense in an election year. Another reason: It sends the wrong message to adversaries like Iran and North Korea."

Meanwhile, as The Washington Post adds, the strategy being unveiled today:

"Will call for a greater shift toward Asia in military planning and a move away from big, expensive wars like Iraq and Afghanistan, which have dominated U.S. operations for most of the past decade, said a senior military official.

"In particular, the plan calls on the military to invest in weaponry to overcome efforts by potential adversaries such as China to use long-range missiles and sophisticated radar to keep U.S. forces at bay."

President Obama is due at the Pentagon later this morning to make remarks about the strategic review.

At the Pentagon, Defense Secretary Leon Panetta just said that "make no mistake, we will have the capability to confront and defeat more than one adversary at a time."

And here is what the Pentagon's report says on that point:

"U.S. forces will be capable of deterring and defeating aggression by any potential adversary. Credible deterrence results from both the capabilities to deny an aggressor the prospect of achieving his objectives and from the complementary capability to impose unacceptable costs on the aggressor.

"As a nation with important interests in multiple regions, our forces must be capable of deterring and defeating aggression by an opportunistic adversary in one region even when our forces are committed to a large-scale operation elsewhere. Our planning envisages forces that are able to fully deny a capable state's aggressive objectives in one region by conducting a combined arms campaign across all domains – land, air, maritime, space, andcyberspace.

"This includes being able to secure territory and populations and facilitate a transition to stable governance on a small scale for a limited period using standing forces and, if necessary, for an extended period with mobilized forces. Even when U.S.forces are committed to a large-scale operation in one region, they will be capable of denying the objectives of – or imposing unacceptable costs on – an opportunistic aggressor in a second region. U.S. forces will plan to operate whenever possible with allied and coalition forces. Our ground forces will be responsive and capitalize on balanced lift, presence, and prepositioning to maintain the agility needed to remain prepared for the several areas in which such conflicts could occur."