Accessibility links
Denver Reconsiders The Olympics Despite Dumping 1976 Games : The Two-Way After seeking and winning the right to host the 1976 Winter Olympics, the city backed out. Now, a committee is exploring whether to make a bid for the 2022 Winter Games. 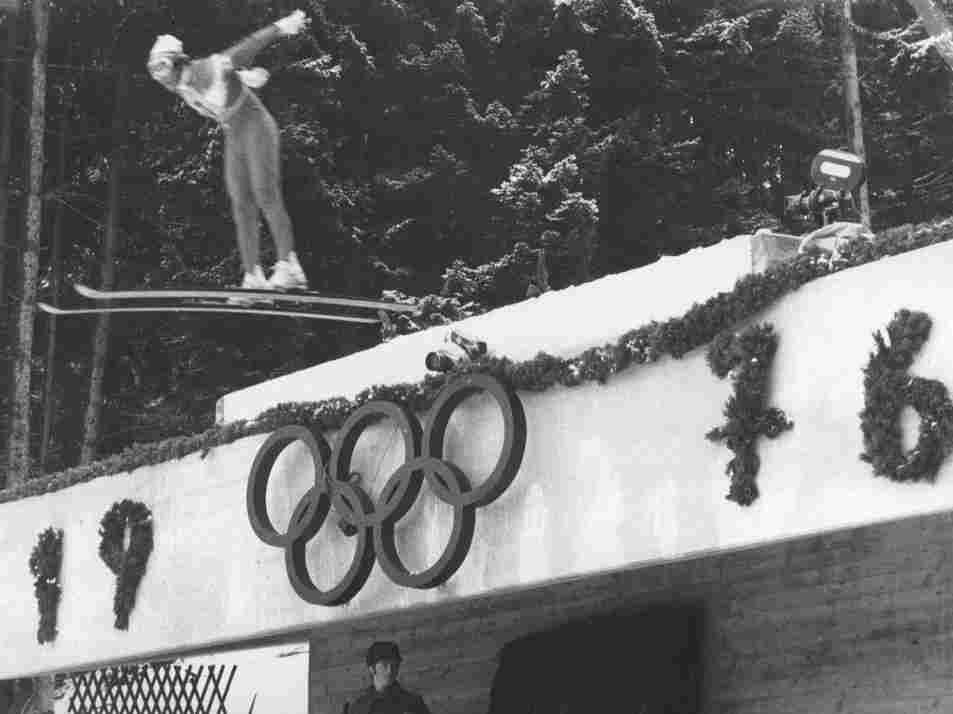 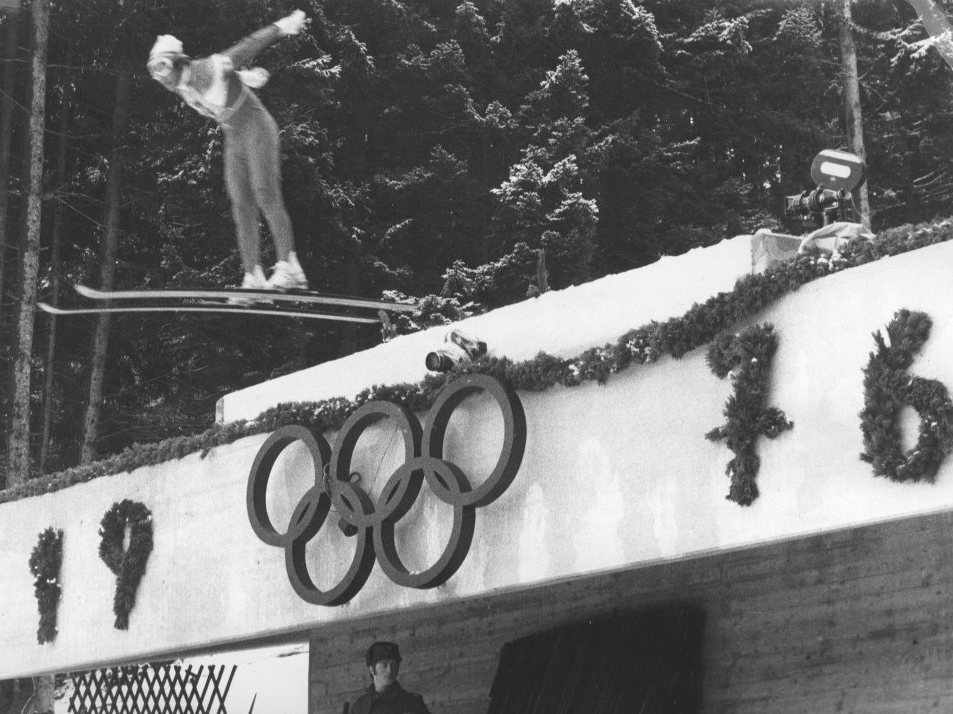 February 1976: The Winter Olympics were moved to Innsbruck, Austria, after Denver decided it couldn't host them.

It may be the most insulting snub in Olympic history. After seeking and winning the right to host the 1976 Winter Olympics, the city of Denver backed out of the games. Colorado voters rejected public funding of the Olympics in 1972 and the International Olympic Committee (IOC) was forced to turn to Innsbruck, Austria, the host city eight years earlier.

Now Denver will try to measure any lingering resentment with the first meeting Saturday of a committee exploring a new Olympic bid. The group of Colorado business, health care, tourism and political leaders will consider whether Denver should bid for the 2022 Winter Olympics.

Former moguls skier Jeremy Bloom and Paralympic skiing gold medalist Sarah Will are the two Olympians on the committee.

"The opportunity to pursue the Games is an endeavor worth taking very seriously," said Gov. John Hickenlooper (D) in an announcement last month. "We've asked this exploratory committee to explore all issues relevant to Denver potentially submitting a bid."

The financial burden of building Olympic venues and staging the competition, along with fears of spurring growth and damaging Colorado's mountain environment, were reasons voters overwhelmingly rejected Olympic funding in 1972.

Environmental concerns remain according to one activist.

Gary Wockner of the Save the Poudre Coalition in Fort Collins told the Colorado Independent: "Environmental issues such as air quality, traffic congestion, climate change, forest health, population growth, and water need to be considered in this Olympic bid."

"Denver will have to prove, by polling, that there will not be a repeat" of the 1972 rejection, says David Wallechinsky, author of the Complete Book of the Olympics. "They will probably even need to invite in outside pollsters approved by the IOC."

Only one sitting IOC member was part of the group in 1972 "so I doubt there is any remaining visceral resentment," says Canadian Dick Pound, a 34-year veteran and former vice president of the IOC.

But Pound warns that competing cities may remind IOC members of Denver's bidding past. "There could be some 'manufactured' recollections but I would not be inclined to lose much sleep over it."

Last October, IOC president Jacques Rogge reassured Denver Olympic interests at a gathering in Colorado Springs. "There would definitely be no grudge for the fact that Denver abandoned the race," Rogge said, according to The Gazette of Colorado Springs.

But Rogge mischaracterized Denver's withdrawal. The city didn't abandon the race. It had already won the race and sent back the trophy.

Wallechinsky notes that Rome did the same thing after being awarded the 1908 Summer Olympics. But the city had a pretty good excuse.

"After Mt. Vesuvius erupted in 1906 the Italian government decided that their limited financial resources would be put to better use rebuilding Naples," Wallechinsky notes. Rome tried again 50 years later and hosted the 1960 games. The city is now a candidate for the 2020 summer Olympics.

A more immediate barrier for Denver is an ongoing revenue-sharing dispute between the IOC and the U.S. Olympic Committee (USOC), which decides whether any American city will bid for an Olympics and which city becomes the American candidate.

"Until we resolve our revenue discussions with the IOC we are not considering any bids for any games or any bidding process," says Patrick Sandusky, the USOC's spokesman.

The 2022 Games may seem a long way off, but time is actually short for cities interested in bidding. The IOC gives selected host cities seven years to prepare and will likely select the 2022 host in 2015. Given past practice, the USOC would choose the American candidate two years before. That's next year, leaving little time to resolve the revenue-sharing dispute and conduct a bidding process among American cities.

Denver is also likely to face competition from joint Olympic bidders in Reno-Lake Tahoe. International bids are expected to include cities in China and Chile, which have never hosted Winter Olympics and could appeal to the IOC's desire to take the games to new territory. There also may be a bid from Switzerland.

In its announcement, the Denver Exploratory Committee neglected to mention Denver's Olympic bidding history but acknowledged the ongoing revenue-sharing talks between the USOC and IOC.

Still, co-chair Don Elliman of the Colorado Medical School vowed to forge ahead. "Our intent," Elliman said, "is to form a clear leadership group from the state and the city to evaluate if the Olympic Winter Games is a good fit for Denver and Colorado."

The IOC has just provided more details about the bidding schedule for 2022.

The IOC Press Office says no firm schedule is available yet but the group expects to require National Olympic Committees to submit the names of candidate cities in October 2013. A final IOC decision is expected in 2015, as we note above. This schedule means that the USOC has relatively little time to resolve its revenue-sharing dispute with the IOC and to then select an American candidate city for 2022 host.