Accessibility links
American Teen Mistakenly Deported To Colombia Arrives Home : The Two-Way The teenager, who doesn't speak Spanish, told American authorities she was Tika Lanay Cortez, a Colombian citizen born in 1990. She was deported and ended up in Colombia, partying and smoking marijuana, the family said.

Jakadrien Turner, a Texas teen deported to Colombia after authorities said she lied to them about who she was, headed back home today. 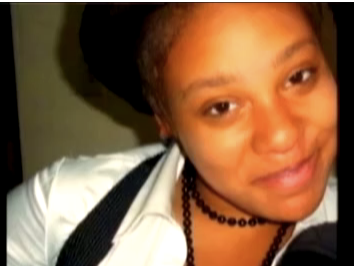 Turner was deported to Colombia in May and the AP reports that she was at a shelter and had gotten a job at a call center. CNN reports that Turner's family said she was in the country "partying and smoking marijuana, and a detective told them she was pregnant."

We also know that Turner ran away from home in November 2010 and she was arrested by Houston police in April of 2011. She told police she was Tika Lanay Cortez, a Colombian citizen born in 1990.

The AP reports on what happened next:

"An Immigration and Customs Enforcement official told The Associated Press on Thursday that the teen claimed to be Cortez throughout the criminal proceedings and the ensuing deportation process, in which an immigration judge ultimately ordered her back to Colombia.

"The ICE official, speaking on condition of anonymity due to not being authorized to discuss additional details of the case, said the teenager was interviewed by a representative from the Colombian consulate and that country's government issued her a travel document to enter Colombia. The ICE official said standard procedure before any deportation is to coordinate with the other country in order to establish that person is from there.

"The girl was given Colombian citizenship upon arriving there, the ICE official said."

The girl's family told the AP, they couldn't understand how a mistake of this magnitude could be made.

"She looks like a kid, she acts like a kid. How could they think she wasn't a kid?" Lorene Turner, her grandmother, told the AP.

Fox News Latino reports that Dallas police were the ones that tracked Turner down. They found by tracking a computer she used to log into Facebook.

CNN reports the family is planning to sue and that Turner left Colombia at 10:30 a.m. today.

ABC News spoke to Turner's grandmother, after the Colombian embassy said they would turn over Turner to U.S. authorities. Lorene Turner says she's not mad at Turner. "Children make mistakes," she said.

The AP reports that Turner's mother, Johnisa Turner, says her daughter landed in Atlanta and is now en-route to Dallas.

Earlier, we said it wasn't clear when Turner was deported. In the AP's latest writethru, they report she was deported in May. We've tweaked the top of this post to reflect that news.

Turner arrived in Dallas this evening has been reunited with her family, the AP reports.