Accessibility links
News From CES: Some Ford Vehicles Will Give Drivers Voice Control Of NPR's App : The Two-Way The latest version of NPR's mobile news application can be controlled using your voice in some Ford vehicles. 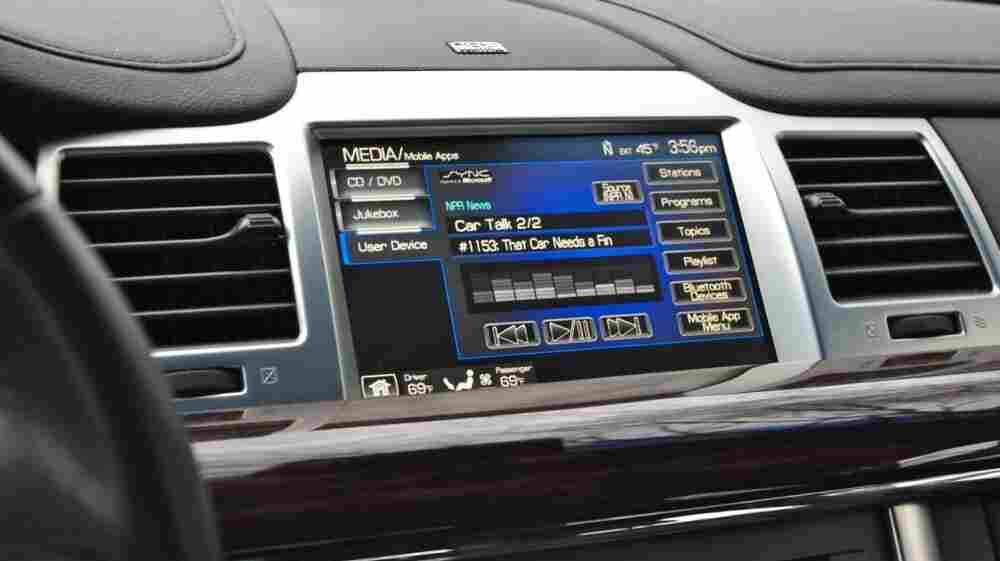 A Ford dashboard as it would look when connected to the NPR News app. Ford Motor Company hide caption 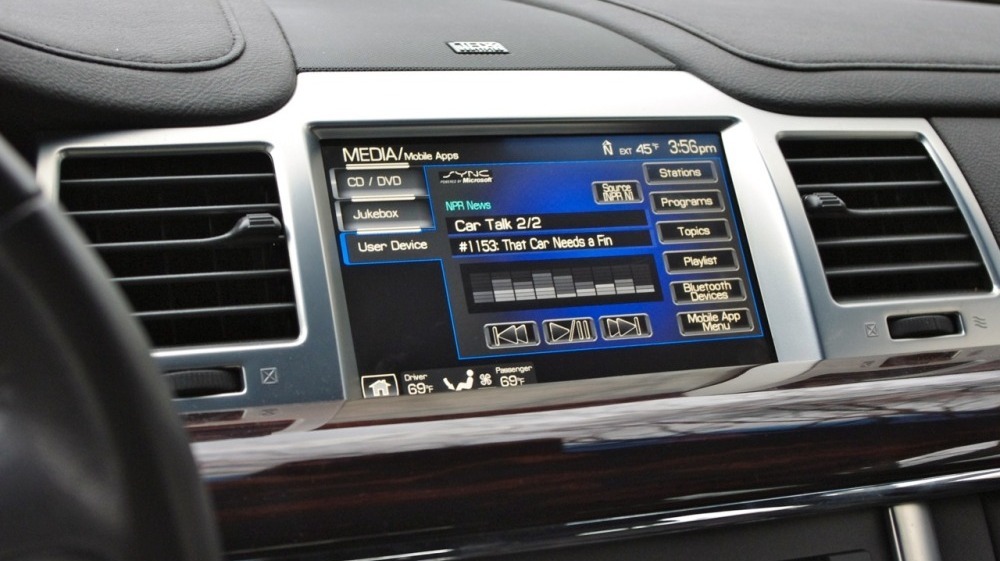 A Ford dashboard as it would look when connected to the NPR News app.

Amid a flurry of connected-auto news, NPR announced today that its mobile news application will now connect with Ford's SYNC AppLink.

What does that mean? We'll, it means in certain Ford vehicles you will be able to control the NPR News app using your voice. It means you don't have to reach for the dial or look at your smartphone, instead you can just ask the app to, for example, play WNYC or play Car Talk. And, as is the case with the current NPR News app for iPhones and Androids, all NPR programs are available on-demand.

The news came in conjunction with Ford's announcement that it was expanding the number of apps that worked with its system. And, as USA Today reported a few days ago, it will also be followed by announcements about new "in-car infotainment" from Mercedes-Benz and Kia, which will reveal the first apps to work with their cars during the Consumer Electronics Show in Las Vegas.

"As revolutions go, this one started fitfully with just a handful of apps. Drivers can activate the car's controls to make dinner reservations through Toyota's Entune system or use the car's voice-command system to select music over Ford Sync. But the number of available apps is expected to multiply to dozens or perhaps hundreds over the next few years, just as they proliferated for Apple's iPhone or Google's Android smartphones.

"'It's much more about extending the digital lifestyle to the vehicle,' says Thilo Koslowski, automotive practice leader for Gartner, a research and consulting company. The car becomes 'the ultimate mobile device.'"

As far as the NPR app, in a press release CEO Gary Knell says this advancement is "helping to usher in a new era of radio listening..." According to an Arbitron & Edison study cited in the press release, the time people spent listening to online radio jumped 49 percent in the last three years.

All that aside, we think the coolest thing is that Carl Kasell helps you navigate through the app.

If you still want to know more, NPR put together an explainer video that features Audie Cornish and Scott Simon: