Accessibility links
Cupcakes Are OK; Cupcakes In A Jar Won't Fly Past Security, Says TSA : The Two-Way Prompted by "cupcakegate," the Transportation Security Administration clarified its cupcake policy in a blog post.

Cupcakes Are OK; Cupcakes In A Jar Won't Fly Past Security, Says TSA

Cupcakes Are OK; Cupcakes In A Jar Won't Fly Past Security, Says TSA

The Transportation Security Administration clarified its cupcake policy in a blog post. Cupcakegate — as the agency has termed it — was prompted in December, when TSA officers told Rebecca Hains, who was flying out of Las Vegas, she could not carry cupcakes in her carry-on luggage. The TSA said the icing on the two cupcakes was a security risk.

At the time Hains told MSNBC she thought it "was terrible logic."

Yesterday, the TSA defended its action in a 500-word post written by the TSA's Bob Burns, who drew a red line between a normal cupcake and a cupcake in a jar like the one Hains tried to pass through security.

The TSA issued this picture for comparison: 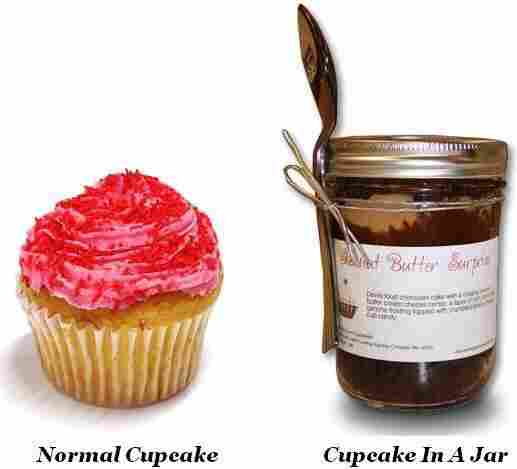 "I wanted to make it clear that this wasn't your everyday, run-of-the-mill cupcake. If you're not familiar with it, we have a policy directly related to the UK liquid bomb plot of 2006 called 3-1-1 that limits the amount of liquids, gels and aerosols you can bring in your carry-on luggage. Icing falls under the "gel" category. As you can see from the picture, unlike a thin layer of icing that resides on the top of most cupcakes, this cupcake had a thick layer of icing inside a jar.

"In general, cakes and pies are allowed in carry-on luggage, however, the officer in this case used their discretion on whether or not to allow the newfangled modern take on a cupcake per 3-1-1 guidelines. They chose not to let it go."

Burns goes on to say that the days of terrorists taking the three-sticks-of-dynamite route are over.

"When you think about it, do you think an explosive would be concealed in an ominous item that would draw attention, or something as simple as a cute cupcake jar?" Burns writes. The bottom line, Burns says, is that if you bring a cake, pie or cupcake expect some extra attention from TSA officials.