Accessibility links
After Monitor Quits, Arab League Defends Its Syrian Peace-Keeping Mission : The Two-Way The monitor said he saw a "humanitarian disaster" and quit because the mission was a farce. 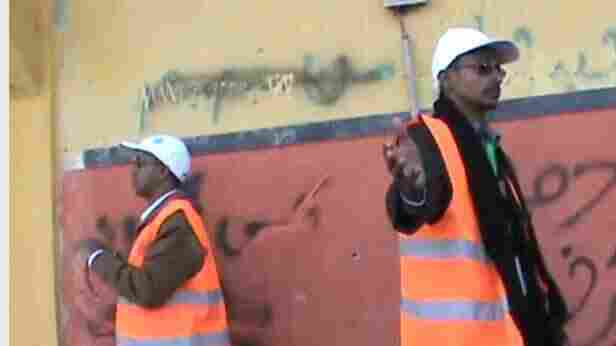 In this frame grab from an amatuer video posted on YouTube, members of the Arab League monitor the recent violence in Syria. YouTube hide caption 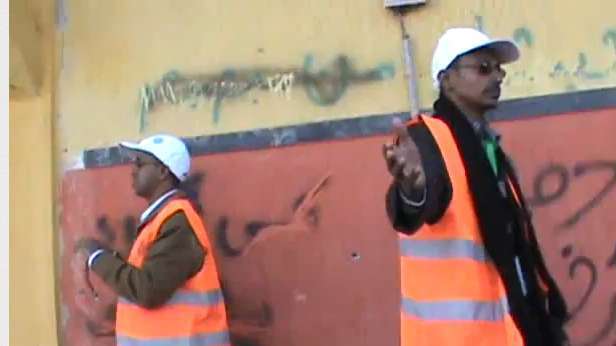 In this frame grab from an amatuer video posted on YouTube, members of the Arab League monitor the recent violence in Syria.

The Arab League defended the legitimacy of its mission in Syria, today, after one of its monitors quit, saying the peace mission was a "farce."

In an interview with Al-Jazeera, yesterday, Anwar Malek, who is Algerian, said that the observers had been fooled.

"What I saw was a humanitarian disaster," he said. "The regime is not just committing one war crime, but a series of crimes against its people.

"The snipers are everywhere shooting at civilians. People are being kidnapped. Prisoners are being tortured and none were released," he added.

Reuters reports that Gen. Mohammed al-Dabi, the head of the Arab monitors' mission to Damascus, pushed back against the claims strongly saying Malek "did not leave the hotel for six days and did not go out with the rest of the team into the field giving the excuse that he was sick."

And just as al-Dabi did that, another observer came forward and threatened to quit. This observer spoke to Reuters from Syria by telephone and said he was "appalled" by what he had seen.

"There is oppression. There is strong oppression and there is suffering, a lot of suffering, more than you imagine," he said.

The observer would not allow his name to be used, reports Reuters, because he was not authorized to speak to press.