Accessibility links
Transcripts Show A Fed With An 'Embarrassing' Lack Of Foresight Into Housing Crash : The Two-Way Newly released transcripts show the year before the Great Recession was officially declared, the Fed was worried about the economy growing too fast. 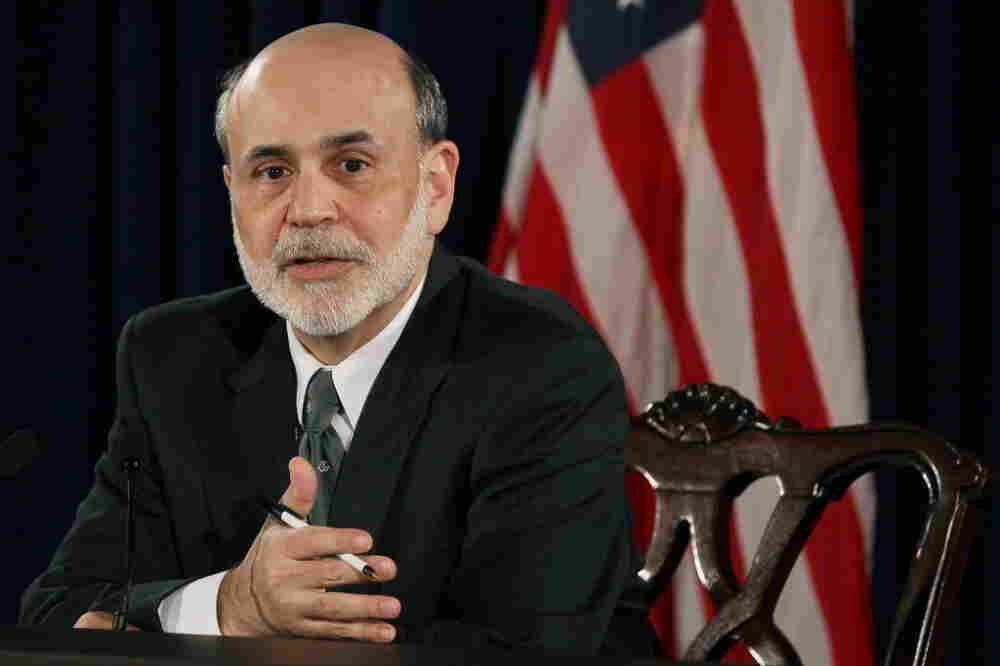 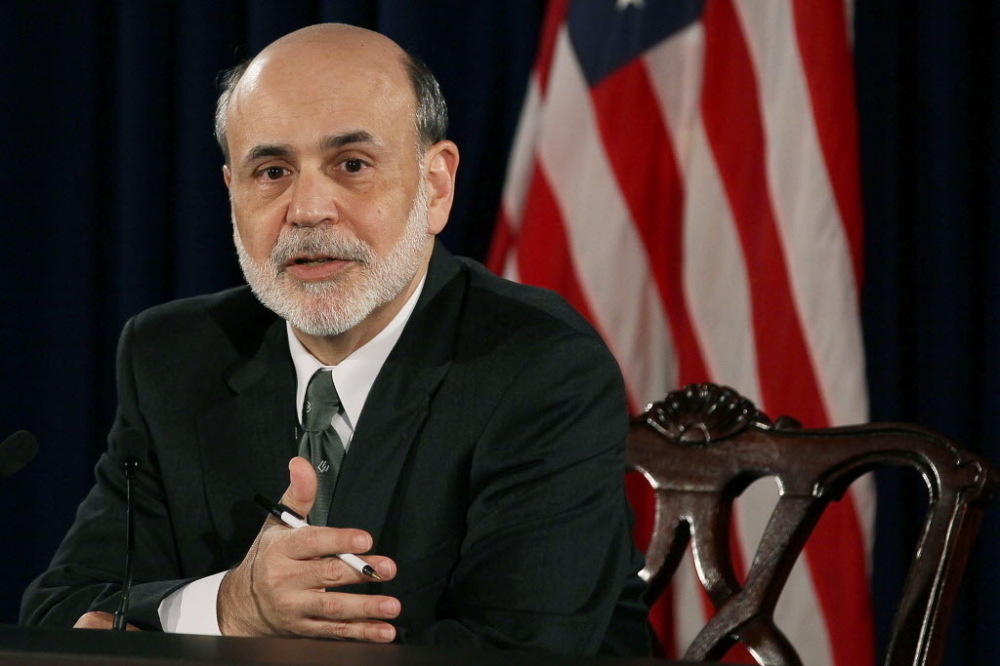 Federal Reserve Chairman Ben Bernanke has a heart to heart chat with reporters.

Yesterday, the Federal Reserve released transcripts of the 2006 meetings of the Federal Open Market Committee. While it's well known the Fed missed glaring signs of a housing bubble about to burst in a big way, the transcripts show that top officials not only dismissed the warnings, but they were really worrying about the economy growing too fast.

Here's how the Los Angeles Times frames the story: The transcripts, released Thursday after the usual five-year wait, "reveal in painfully embarrassing detail the high degree of overconfidence and lack of foresight just ahead of the real estate collapse and financial crisis that engulfed the nation."

The transcripts show that both Ben Bernanke, the Fed Chairman, and Timothy Geithner, now Treasury secretary but at the time the president of the New York Fed, expressed their confidence in the economy time and time again.

The New York Times reports that top officials "laughed about the cars that builders were offering as signing bonuses, and about efforts to make empty homes look occupied. They joked about one builder who said that inventory was 'rising through the roof.'"

Here's a choice bit dug up by The Los Angeles Times:

"'We believe that, absent some large, negative shock to perceptions about employment and earned income, the effects of the expected cooling in housing prices are going to be modest," said Timothy F. Geithner, the current Treasury secretary, who then was president of the Federal Reserve Bank of New York.

"When Geithner was finished, Bernanke asked, to a round of laughter, 'Anything to report on co-op prices in Manhattan?'

"'As in many cases, I am not sure what you can take from the anecdote, but I guess some people say that you see a little of the froth dissipating,' Geithner replied. 'But I don't think the adjustment is acute.

"'If you see hiring at the New York Fed go up substantially in the market, that will be a good leading indicator of housing prices reverting somewhat,' he said, prompting more laughter."

The AP sifted through Bernanke's comments at the meetings and found that the chairman did perceive danger in the housing market, especially as the year went on. But in December of 2006, about a year before experts said the Great Recession began, Bernanke still said the economy would experience a "soft landing," meaning "growth would slow enough to cool inflation but not drop into a recession."

"'Right now, it feels a bit like riding a roller coaster with one's eyes shut,' when discussing his forecast for a modest slowdown in housing. 'We sense that we're going over the top, but we just don't know what lies below.' Later, he notes that housing is 'the most salient risk' to the economy. 'I just don't know how to forecast those prices,' he says of housing prices.

"'Again, I think we are unlikely to see growth being derailed by the housing market, but I do want us to be prepared for some quarter-to-quarter fluctuations,' Bernanke says. He identifies housing as a crucial issue, but adds that he agrees 'with most of the commentary that the strong fundamentals support a relatively soft landing in housing."