Accessibility links
Wednesday's Web 'Blackout' By Wikipedia, Others: Right Way To Protest? : The Two-Way Wikipedia has said it will join other websites Wednesday and go black to protest anti-piracy bills being considered by Congress. The backlash against the Stop Online Piracy Act and the Protect Intellectual Property Act has gotten a higher profile.

Wednesday's Web 'Blackout' By Wikipedia, Others: Right Way To Protest?

Now that Wikipedia has said it's going to join other websites Wednesday and go black to protest anti-piracy bills being considered by the House and Senate, the backlash against the Stop Online Piracy Act and the Protect Intellectual Property Act has gotten a much higher profile.

The decision means Wikipedia's English-language site will be dark from midnight ET tonight to midnight ET Wednesday. Others who will be blacked out for all or part of Wednesday include Reddit and Boing Boing. Various websites are encouraging users to "tweet like crazy" with the hashtag #SOPASTRIKE. There's a list of supporting sites here. 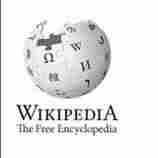 Interestingly, Twitter CEO Dick Costolo is not among those who support a strike. He thinks "closing a global business in reaction to single-issue national politics is foolish."

As we've previously reported, critics compare the proposed legislation to the Internet censorship practiced in countries such as China and Iran. "The most controversial provision is in the House bill ... to 'blacklist' sites that are alleged to distribute pirated content," The Associated Press writes. "That would essentially cut off portions of the Internet to all U.S. users." Supporters, as the AP adds, "include the film and music industry, which often sees its products sold illegally. They say the legislation is needed to protect intellectual property and jobs."

Wikipedia's braintrust argues that the legislation "would seriously damage the free and open Internet, including Wikipedia." And, Wikimedia Foundation executive director Sue Gardner says in a statement:

"We don't think SOPA is going away, and PIPA is still quite active. Moreover, SOPA and PIPA are just indicators of a much broader problem. All around the world, we're seeing the development of legislation intended to fight online piracy, and regulate the Internet in other ways, that hurt online freedoms."

Going black, Wikipedia argues, will show what it's like if the U.S. government has the authority "to switch off websites" without due process.

We're wondering what you think:

(Note: That's a question meant to spark discussion, not a scientific survey.)