Accessibility links
One Of World's Oldest Cypress Trees, 'The Senator,' Burns In Florida : The Two-Way Investigators are now saying arson was not the likely cause of Monday's fire that brought down the 3,500-year-old tree. It's possible a lightning strike a week ago started smoldering inside the giant.

One Of World's Oldest Cypress Trees, 'The Senator,' Burns In Florida

One Of World's Oldest Cypress Trees, 'The Senator,' Burns In Florida 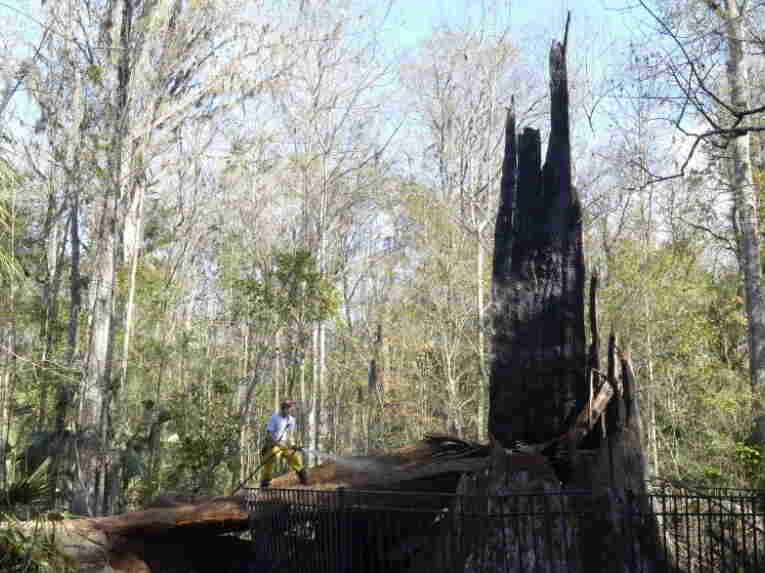 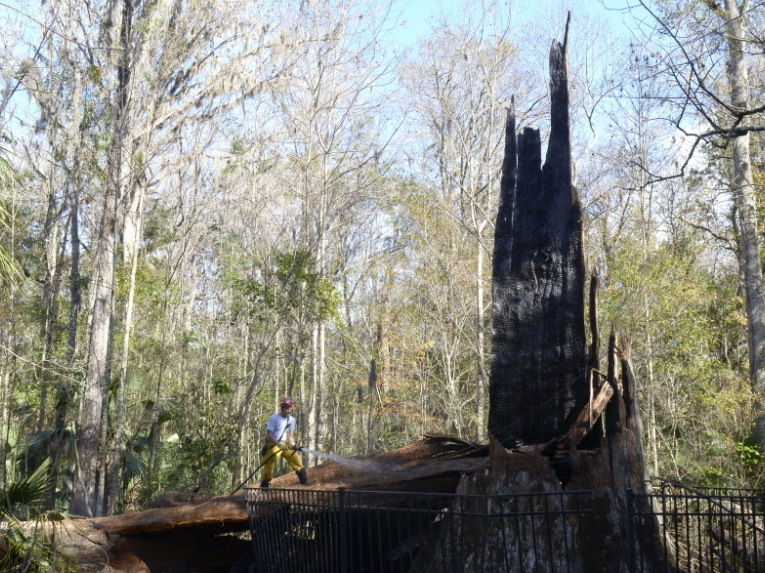 On Monday (Jan. 16, 2012) Seminole County firefighter Al Caballero applied water to the smoldering base of The Senator.

Investigators are now saying arson was not the likely cause of a fire that on Monday destroyed a cypress tree in Central Florida that was an estimated 3,500 years old — making it perhaps the oldest such tree in the nation and one of the oldest in the world.

Known as "The Senator," the tree that once stood 165 feet tall (before a hurricane lopped off about 45 feet in 1925) was more likely brought down by a fire that had been smoldering inside it — without being detected — since a lightning strike about a week ago, investigators say.

The Senator before the fire. Florida Forest Service hide caption

As WFTV-TV says, "Seminole County Fire Rescue spokesman Steve Wright said that the tree was hollow" and that the fire does not appear to have begun from the outside.

The Orlando Sentinel adds that while "an investigator with the state Division of Forestry has listed the cause of the fire as 'undetermined,' " that agency has also "ruled out arson as the cause," according to spokesman Cliff Frazier. That's a shift from what authorities first suspected.

According to Florida Today, the tree was named for Florida Sen. M.O. Overstreet, "who in 1927 donated the property on which the landmark sits." That property is now Seminole County's Big Tree Park. President Coolidge came for the park's dedication in 1929.

We see varying claims about the tree's ranking among the world's oldest. WFTV-TV calls it "one of the world's oldest cypress trees." The Sentinel says its age was estimated when "the American Forestry Association bored a small hole in The Senator in 1946 for a core sample."

Firefighters tried to save The Senator, and laid more than 800 feet of hose to get to it. They did manage, however, to protect Lady Liberty, a nearby cypress that's an estimated 2,000 years old.