Accessibility links
World's Timekeepers Will Decide The Fate Of The Leap Second : The Two-Way Proponents of keeping the leap second say it's a philosophical question, about whether we want to stay in tune with the Earth's orbit. 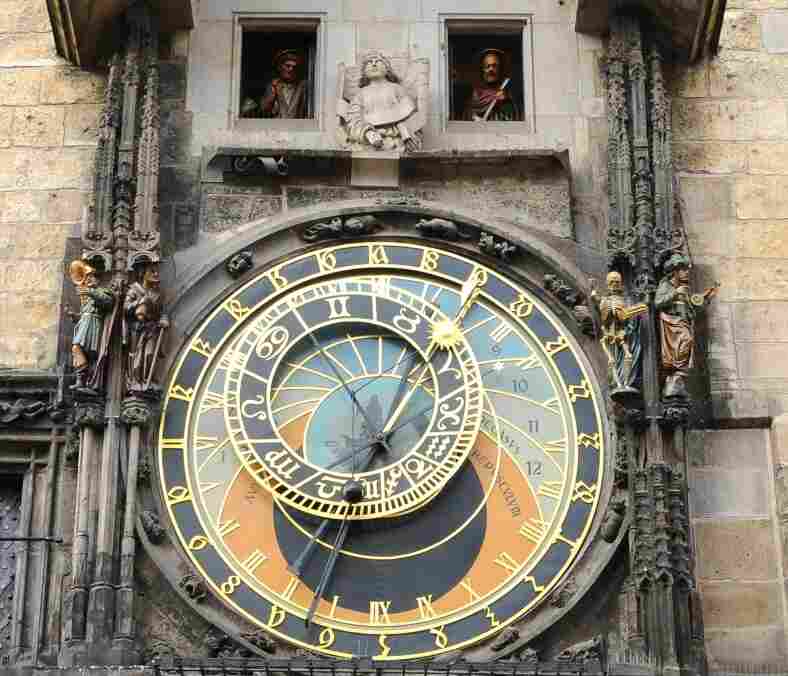 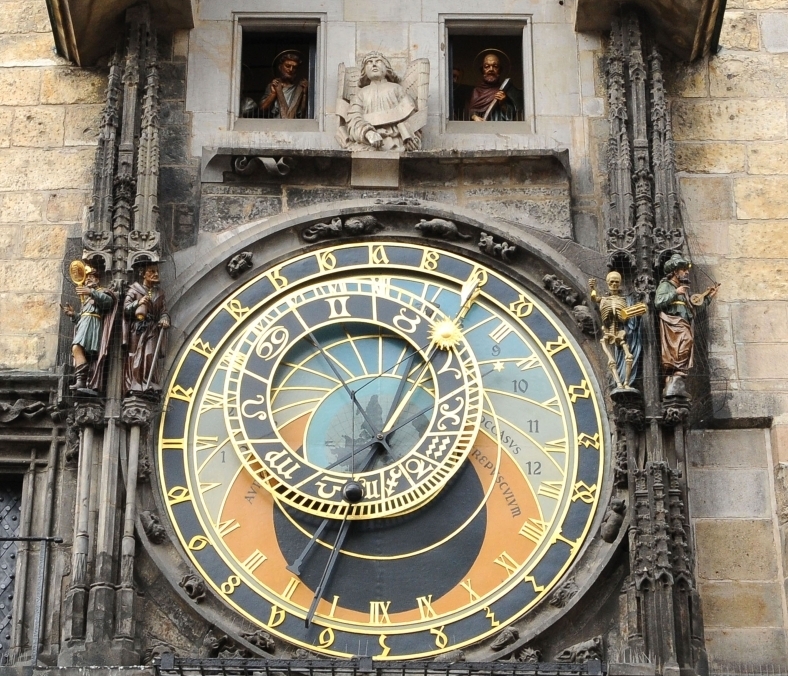 An astronomical clock in Prague.

The International Telecommunication Union's Radiocommunication Assembly, otherwise known as the international authority that keeps close tabs on time, will debate a philosophical question this week: They will decide whether to eliminate the leap second and in doing so break its tie to astronomical time.

A leap second is a lot like a leap year, reports the Financial Times, except that it's unpredictable. Since it was introduced in 1972, the ITU has added 24 leap seconds to recalibrate the world's atomic clocks to keep time with Earth's imprecise orbit.

"Defenders of the status quo, such as Peter Whibberley of the National Physical Laboratory who will represent the UK at the ITU meeting, respond that there have been no proven examples of trouble after 24 leap second introductions over 40 years.

"But their main point, says Mr Whibberley, is 'not technical but more of a social or civil question. Do we want to keep the traditional link with astronomical time? I think we do'."

Whibberley said that the change would not be noticed at first, but after a century, time and Earth time would be "several minutes apart."

The AP reports on the other view:

"'This would be an important decision because the problem of introducing the leap second would disappear and we would have a more steady time than we have today,' Vincent Meens, an official at the International Telecommunication Union who has chaired technical talks on the issue, said Tuesday.

"Operators of cell phone networks, financial markets and air traffic control systems could then rely on the near-absolute precision offered by atomic clocks without having to worry about stopping their systems for the length of a heartbeat every year or two.

"'Most of the people who operate time services favor discontinuing leap seconds,' said Judah Levine, a physicist at the National Institute of Standards and Technology in Boulder, Colorado. 'The main problem is that the leap second is usually implemented by stopping the clock for one second. However, the world doesn't stop,' he said."

The decision will be made at the ITU's World Radiocommunication Conference, which runs from Jan. 23 through Feb. 17.